Opinion   Columnists  19 Apr 2021  Aakar Patel | How the world sees India is changing… not for the better
Opinion, Columnists 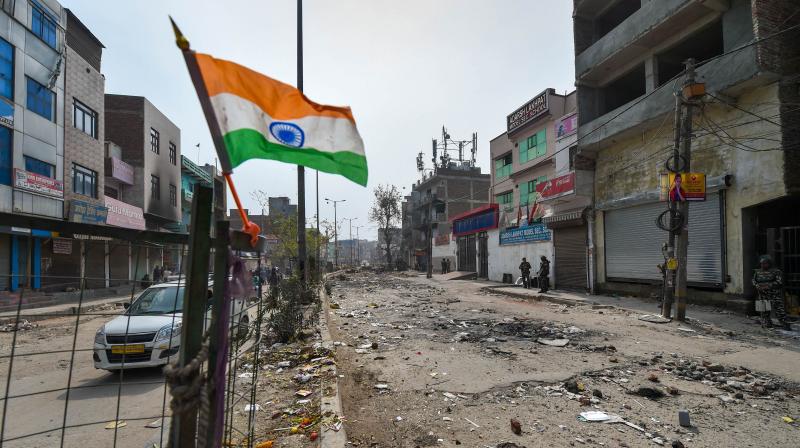 You cannot expect to be given a position on the UN Security Council, as India does, when the world sees what you are doing with distaste. (Photo: PTI)

What sort of India is the present generation growing up in and what will they live through? I am over 50 and with good health and good luck might see another couple of decades or so but in productivity terms my best years are behind me. The future belongs to those who are today children and young adults. What do they have in store for them? Having looked at the data and the facts of the last seven years in detail for my next book, I can see a little bit into the future and what it has in store.

Economically, the future is slightly different from what it was when I was coming into the job market. India had liberalised its economy in the year that I turned 21 and in the few years after that the market for jobs vastly improved in the cities. Even people with a generic college degree with no specialisation could get a white-collar job in an airconditioned office if they had just basic knowledge of English.

This greatly benefited the middle class which had always had access to quality schools but not that many options in terms of work (which is why parents kept insisting on specialisation in education and asking children to become doctors and engineers). Now it was possible even for a BA, BSc or BCom woman or man to access an upper-class lifestyle. I was one who benefited from this, as did lakhs of others.

The majority of Indians did not benefit from this, of course, because they had access neither to the big cities or to a decent education. But they had hope, and this explains the thousands of private educational institutions that sprang up in India’s towns and semi-urban spaces that attempted to replicate what was happening in the cities.

This period is now over. India’s urban unemployment is at a historic high and, more important, the participation rate of India’s labour force -- meaning those who are employed or looking for work -- is at a historic low. This means crores of Indians of working age (15 and above) have given up hope of finding a job. This was the case even before the Covid-19 pandemic and the position has been steady for over three years, meaning that it is not cyclical and will not change on its own. The lack of work will in time result in a lack of hope and this will have consequences. One of them will be an increase in crime and lawlessness.

Long term trends globally are also negative in terms of both trade and employment and so, unlike in the past when some of us benefited, the future does not hold out hope for those who are today young.

Socially also, the India that I grew up in and knew has changed. India has always had a problem of reconciling its theoretical secular status with the reality that communal tensions existed. The 1980s and 1990s give us enough evidence to prove this was the case. However, this communal impulse was dampened by efforts from the government. However poor these efforts may have been, the government did not actively inflame the impulse as has happened since 2014. This has consequences both internally and, less important, externally. Within India our politics has become dark and election campaigns are run by the dominant political party actively targeting Indian Muslims. Because this is electorally rewarding as we have seen, we will see more of it. The consequence is that it has damaged Indian society and produced violence in neighbourhoods. To give one clear example, there were zero beef lynchings before 2015. We have introduced a new category of violence.

This will have downstream consequences also, such as economic, which will affect the wider population, but there is no point talking about that today. Externally, our love for hate has brought the world’s attention on us. Just to give an example from this week, this is what the European Parliament said on April 14: "Members have expressed concern over the deteriorating human rights situation in India, echoing comments by the UN High Commissioner for Human Rights and several UN Special Rapporteurs. This includes reports that human rights defenders and journalists in the country lack a safe working environment. The report also voices alarm regarding India’s Citizenship Amendment Act, which according to the Office of the UN High Commissioner for Human Rights is fundamentally discriminatory in nature against Muslims and dangerously divisive.”

This text was approved by 61 votes in favour and six votes against. India’s attempts to stop it or soften the criticism failed. The Indian government will brush it off as it has several other reports this year, but again, this comes with consequences. You cannot expect to be given a position on the UN Security Council, as India does, when the world sees what you are doing with distaste.

India was viewed from the outside as a place which was chaotic and noisy but likeable. This was so when I first went abroad at the age of 16. This has now changed in the view of those who study and observe India. It will change soon for the rest of the world also. The optimism has gone. It is disappointing as an Indian to record this, but one cannot look away from what one has found.