After mulling over its choice for weeks, the BJP picked Malegoan blast accused Sadhvi Pragya Thakur to take on the Congress veteran. 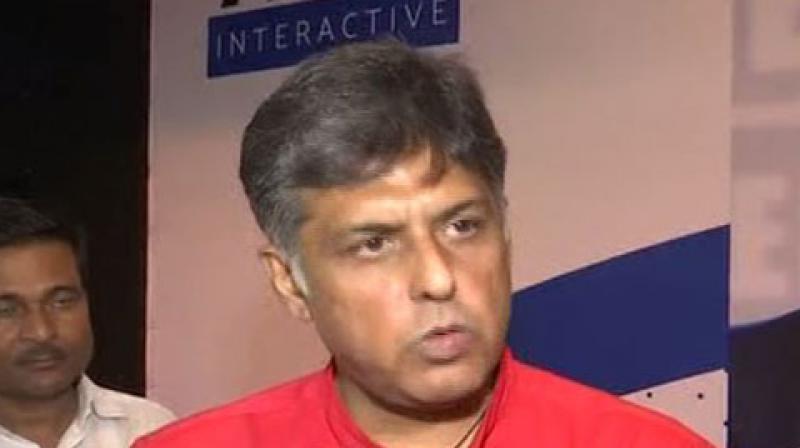 The electoral battle for Bhopal is clearly among the most high-profile and keenly-followed contests in this Lok Sabha poll. Although it has always been a Bharatiya Janata Party stronghold, the Congress decided to challenge the saffron party by fielding its senior leader and Madhya Pradesh’s former chief minister Digvijaya Singh from this constituency.

After mulling over its choice for weeks, the BJP picked Malegoan blast accused Sadhvi Pragya Thakur to take on the Congress veteran. With Ms Thakur in the fray, the focus of the contest immediately shifted to Hindu pride as Mr Singh was accused of coining the term “Hindu terror” in a bid to malign all Hindus. With the BJP openly playing the Hindu card, Mr Singh retaliated by underlining his Hindu identity by enlisting the support of religious leaders, visiting temples and holding havans. But as the campaign entered the final phase, the BJP and its ideological mentor, the Rashtriya Swayamsevak Sangh, initiated a whisper campaign with an appeal to the electorate to ensure Ms Thakur’s victory, failing which all Hindus would be branded as terrorists. The voters were also assured that the BJP will not field the Sadhvi in an election in the future but they should give her one chance as the reputation of all Hindus was at stake. The election results on May 23 will reveal if the BJP-RSS campaign was a success or not.

When Congress spokesperson Manish Tiwari got a ticket for the Anandpur Sahib constituency in Punjab, it was assumed that senior party leader and general secretary Ambika Soni had pushed for his candidature as she had contested from this seat in 2014. Moreover, Congress president Rahul Gandhi had let it be known that the Anandpur Sahib candidate must have Ms Soni’s approval in deference to her seniority and the fact that she has been handling Punjab affairs for several years. But many others said that Mr Tiwari owed his ticket to Punjab chief minister Amarinder Singh given that the two enjoy a warm relationship. However, it transpires that the young Congress leader has to thank former party president Sonia Gandhi’s once-all-powerful secretary Vincent George for getting him the ticket. Though Mr George has been sidelined over the years, he continues to have a network of friends in the party. Mr George is said to have put in a word for Mr Tiwari with K.C. Venugopal, Congress general secretary in charge of organisation, who was entrusted by Mr Gandhi with the task of selection of candidates in this election. Mr Venugopal and Mr George are both from Kerala and are known to have a good equation. Congress insiders are now wondering if this is a one-off development or it does mark the return of Vincent George.

It is an open secret that despite their public display of rivalry, political leaders from both sides of the political divide enter into secret deals during elections to safeguard their turf. This is particularly the case with regional leaders. Nationalist Congress Party chief Sharad Pawar was a master in striking such compromises as he could reach out to the Bharatiya Janata Party and Shiv Sena leaders in Maharashtra with equal ease given his knack of making friends across the political spectrum. For instance, Pawar would ensure that the rival parties did not field a strong candidate from his Lok Sabha constituency Baramati and the NCP would reciprocate by doing the same in areas where their competitors had a special interest. However, this cosy arrangement was destroyed by Prime Minister Narendra Modi and BJP president Amit Shah who do not believe in making such gestures to the competition. With the BJP duo insisting on battling the Pawars in their stronghold, the NCP chief was forced to undertake a rigorous campaign in his home state Maharashtra this time, spending days on the road addressing umpteen number of public meetings. After all, it was a case of political survival.

As was to be expected, the desecration of the bust of West Bengal’s cultural icon Ishwar Chandra Vidyasagar in Kolkata last week led to a furious blame game with the Trinamul Congress and the BJP holding each other responsible for the vandalism. While the debate over who is correct will continue, there is all-round agreement in the state that the Bharatiya Janata Party’s response to the incident showed its disconnect with the cultural ethos of West Bengal. The Trinamul Congress, the Left parties and the Congress were quick to understand that this incident has enraged the average Bengali and immediately took to the streets to protest the destruction of Vidyasagar’s statue.

The BJP, which has been making strenuous efforts to expand its footprint in this state for the past five years, failed to grasp the impact of this development as the saffron party was missing from the streets in the state. Instead, its party president Amit Shah chose to address a press conference on this issue in Delhi that was seen as a serious error of judgement.