Opinion   Columnists  19 May 2020  Aakar Patel: Break down of trust between state and the poor
Opinion, Columnists

Aakar Patel: Break down of trust between state and the poor 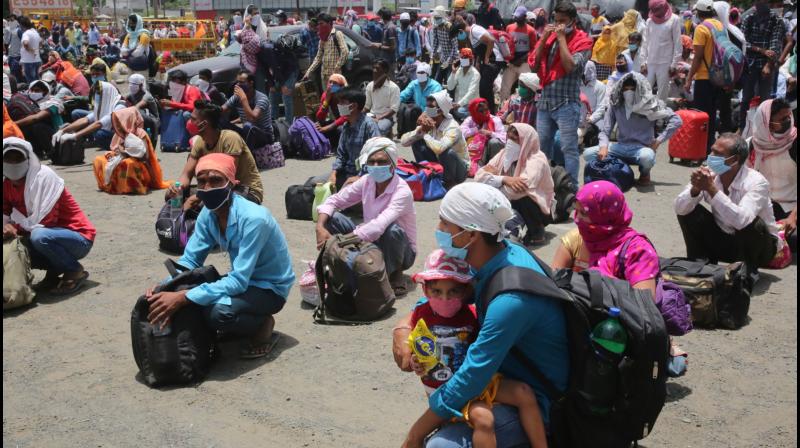 We can try to put ourselves in the position of those who are destitute, jobless, hungry and far from home. PTI Photo

One of the things that we have understood across the world is that an epidemic can only be contained if individuals and governments work together. The rules and laws are that we must wash our hands with soap frequently and avoid touching our face if we are to prevent an infection to ourselves. We must go out as little as possible and cover our nose and mouth when we do, if we are to protect others from our sneezing and coughing. We must keep six feet of space between one another in public spaces. We must self-quarantine ourselves in a room if we feel the Covid symptoms and we must report to the government if the symptoms appear serious.

The nations which will deal with Covid best till such a time as a vaccine is found will be the ones in which individuals are best able to follow these rules. The role of government is to ensure that the damage caused by Covid is minimised.

Those who are sick are cared for, those who are in danger are tested and those who are affected economically by this disaster are taken care of. Its role is to frame policies and changes in laws and also to execute on the ground those actions which help and save the citizens.

Again, the nations which are able to do all these things most efficiently will be the ones which will be least affected till a vaccine is found. There is also a strong connection between what the government does and what individuals do.

This is the interesting thing about Covid: it has brought in a new element in the relationship the individual has with government. Beyond a point, having set out the rules for protection of self and society, the government cannot do much. The individual will act in self-interest, but if he or she is assured that the government can be trusted, he/she will give up some part of self-interest for the greater good. This is critical. We have to give up some of our comfort and take on some voluntary inconvenience. Wearing a mask can be mandated, but how it is worn cannot be. Masks are inconvenient. Some put it around their neck and pull it up when a policeman is near. Or they can wear it so that their nose is exposed, making the exercise meaningless (visuals of Prime Minister Narendra Modi’s recent video conferences with his Cabinet show Amit Shah and other ministers are sitting behind the PM wearing a mask in this fashion).

Governments that are not trusted by a large part of the population will find it harder to enforce the rules, and such nations will find it more difficult to tackle Covid. India is going through a phase today where trust between individuals and the state has broken down for many people. There are some of us for whom this period has made little difference. We work from home, we continue to get our salaries, and other than entertainment outside, our lives go on. Our engagement with the State is limited to watching television and we have no interaction with the government. Our faith remains at the same level as it was before the lockdown.

There are others who have had a different experience. We have lost our jobs, we have lost our savings, we have been beaten up for being on the streets, we have walked for a thousand kilometres, we have seen our children starve or die because nobody came to help us. For such people, the relationship with the government has gone. Voluntary behaviour from them will be far more difficult.

The economy requires workers. Guest workers  have been abandoned and will not be easy to coerce back to the city or at least the same city that they worked in and which treated them so poorly in their time of crisis. Arbitrarily and without consulting them, we have increased the time that labour must work from eight hours to 12, while the rest of us continue on eight. This has broken trust. It will have consequences.

We can try to put ourselves in the position of those who are destitute, jobless, hungry and far from home. But even if we are sympathetic, and also empathetic, a word which means we have the ability to understand another person’s feelings, it is not easy.

We can see images of men on a railway platform in Katihar fighting over a bag of food. Not fighting each other -- their legs are still and they show no offensive movement towards each other. They are only trying desperately to tear out whatever they can get for themselves and their family. Or an image of a mother dragging a trolley along the highway on which a child, exhausted and absolutely without movement, has passed out hungry. Or of the interviews in which the individual says with anger and defiance that they will never come back to the city, but will stay at home in the village.

We are mistreating millions of Indians but we are also expecting that all of them cooperate for the greater good and the national good, when the nation has betrayed them in their hour of need. It has made our task of battling Covid jointly much more difficult.