Opinion   Columnists  19 May 2021  Sanjay Kumar | The political fallout of the Covid crisis across India
Opinion, Columnists

Sanjay Kumar | The political fallout of the Covid crisis across India 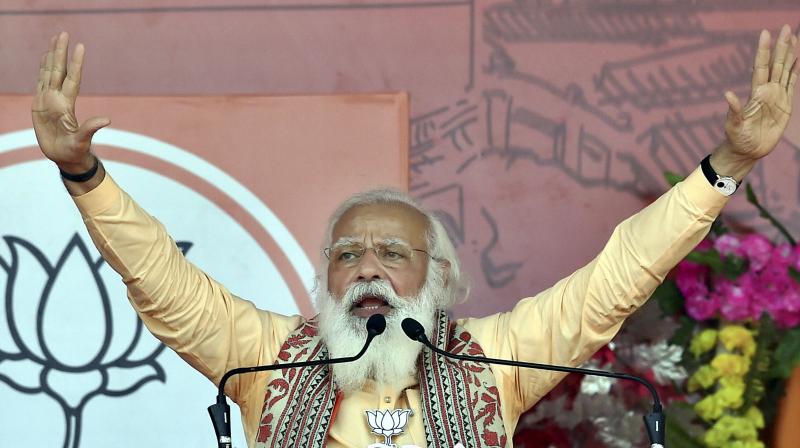 What seems to have disappointed many people is Mr Modi’s somewhat delayed effort in trying to address the Covid crisis, weeks after India plunged from one crisis to another. (PTI)

Various factors contributed to the BJP’s poor performance in the West Bengal Assembly elections and one can’t relate its poor showing only to the severe Covid-19 crisis and its mismanagement across the country. But the political fallout of the Covid crisis and its mismanagement for the BJP can’t be ruled out. The results of the Uttar Pradesh panchayat elections have already given a glimpse of the challenge the BJP may face in the near future. It faced a tough challenge from the Samajwadi Party in the panchayat polls. The severe health crisis that India is facing at the moment may not have yet made the extremely popular Prime Minister Narendra Modi unpopular, but disappointment among a large number of Indians has started building. People may not directly blame the PM for the present health crisis, though some do, but what seems to have disappointed many Indians is his continued campaign for his party in West Bengal, which saw eight phases of voting.

With Covid cases rising alarmingly in several states, and cities gasping for oxygen, there were even demands to merge the last few phases of the West Bengal polls to reduce the campaign, but the Centre was silent and BJP leaders continued to address big rallies in that state. Prime Minister Narendra Modi cancelled his rallies, which seems to have done damage control over people’s disenchantment with Mr Modi, but the Election Commission, that announced a ban on big rallies hours after Mr Modi’s announcement that he was cancelling his rallies, created the perception among ordinary people that his move was guided by the EC’s decision, of which he may have got a hint in advance.

What seems to have disappointed many people is Mr Modi’s somewhat delayed effort in trying to address the Covid crisis, weeks after India plunged from one crisis to another -- from non-availability of beds to the shortage of oxygen, not to mention the non-availability of ventilators for patients in desperate need of it for treatment. When the country faced these multiple health crises, what people saw was Prime Minister Modi addressing several election rallies in West Bengal. People saw this as a huge contrast to last year’s Covid crisis and Mr Modi’s handling of it.  Last year, when Covid-19 had just erupted in India, Prime Minister Modi was in full command, as he took charge and announced a nationwide lockdown. There was criticism of the way the lockdown was announced and implemented without giving advance notice, but overall Mr Modi was applauded for his bold decision which seemed to have prevented the spread of Covid-19 across India.

Now, when people were looking towards Mr Modi for his leadership in handling this crisis, he failed to establish a connect with people. Citizens remember that during last year’s crisis, that was far less severe than this one, he led from the front, addressed the nation several times, and kept a connect with ordinary people. It is true that the Centre is trying its best to solve even this present crisis and started the import of Covid vaccines and oxygen, along with several other such steps, but these should have been done much earlier. Though the Centre took these initiatives, at the same time it always tried to shift the responsibility to state governments, on the ground that health is a state subject. Putting the blame on state governments for the current health disaster was not appreciated by most people. It is important to note that there has been no change in the constitutional provisions -- health was a state subject last year, as it is this year -- so why did the Centre take all the praise last year and now, as things are going out of hand, is trying to pass the blame to the states?

What might complicate the issue further and contribute to the growing disenchantment of people with the Central government, Prime Minister Modi and the BJP, is the emerging controversy around the pricing of the Covid vaccines. Not that there were no controversies around vaccination earlier, there were news about a shortage of vaccines and India having exported vaccines to various countries, but the tu-tu-mai-mai between the states and New Delhi may increase further on the differential pricing of the vaccines. It is understood that as of now the same vaccine will be procured by the states at a higher price, but it would be available to the Centre at a lower price. This differential price is understandable if it is between private and government hospitals, but it is hard for an ordinary citizen to understand why he has to pay a higher price if he is given a vaccine purchased by a state government and a lesser price if the same vaccine is purchased by the Central government.

What seems to have made people feel unhappy with the Centre is its lack of initiative in negotiating with the Serum Institute of India for a better price, and instead advising the states to negotiate the price themselves. The question is -- why can’t the Centre take the initiative on this? This is not a “normal” health crisis across the country, in the midst of a raging pandemic, the question of whether health is a state subject or not should not even arise. Some states many have erred in their preparations, but it is not the time to play the blame game. This is a time for all the states and the Centre to work together and fight a national calamity.