Kishwar Desai | Big hats are all the rage after Jubilee; Charles in shock at Priti’s asylum plan 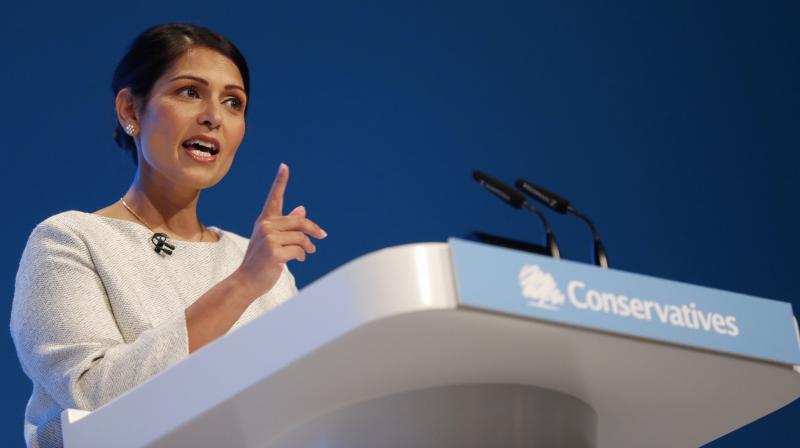 There was a time when everyone would catch a cheap flight to Europe at the slightest excuse. But now travel has become a nightmare as airlines had drastically cut down staff during the pandemic, and the situation has still not improved. Brexit regulations have also meant long queues for those with visas coming in or going out of London. Therefore, “staycations” are the order of the day —  and why not?  — as the weather has been, largely, glorious. Which means it has been mostly bright and sunny! Besides, Ascot is back with the big hats. (Somehow the Jubilee has left us all with a passion for hats).  And finally West End has shows which are running full house.

Indeed, the day we saw “The Father and the Assassin” at the National Theatre — about Nathuram Godse’s shooting of Mahatma Gandhi, it was a packed house. Very well produced by Indhu Rubasingham and cleverly constructed by Anupama Chandrasekhar, the play weaves in and out of Godse’s life — from the early days when he was brought up as a girl to his young life as an oracle and then an absent-minded tailor and so on. While these elements were well presented ( with an ample use of imagination ) it was Godse, being played almost like an impish stand up act — that tended to wipe away any nuances.  If you are looking for revelations and insights or psychodrama —-then this may not be the play: but it does give you a quick whisk through the freedom struggle, and the aftermath of the Partition. Sometimes too quick. For instance, Godse’s speech in his own defence could have been used to give the play an edge  — but like many other crucial bits of information which could have made the play more powerful, that too is missing. Interesting, nonetheless.

Of course, the politics here competes constantly with showbiz for controversy. Now, home secretary Priti Patel has shocked everyone by executing a bold scheme to transport all illegal immigrants to Rwanda. Prince Charles has already expressed his dislike of the plan (he spoke in private but unfortunately it was leaked). The Archbishop of Canterbury has also protested, and the matter has even been taken to court. But it all seems too late as that ship has sailed.

And did I say we could holiday in the UK? …Perhaps not, actually!  Because, travel is going to become increasingly tough. Just next week we have a rail strike which will make travelling to and from London close to impossible. We have not had this experience for years. So we have to wait and see what ingenious ways Londoners find to manage their commuting. Cycling, rollerskating, even swimming down the Thames? But Londoners thrive on such collective hardships. Or they can just stay where they are and have a pint — as medics have just discovered that a glass of beer improves your bacterial health. We can test that theory in the difficult days coming up!

And a very pleasant place to test the theory — I can vouch for this — is either Tamesis Dock and or the Battersea Barge on the Thames in Central London. Both are lovely and lively boats permanently moored on the river — offering spectacular views of many of London’s highlights including the palace of Westminster, the London Eye, the Shard and the Battersea power station. Apart from the sights — you could also share your sundowner with seals, cormorants, swans, gulls and ducks which fly, waddle and swim close by.

And there may be some live music from well known groups — as well as visits by multiple Grammy award winners, and other celebrities ( which the owners are too coy to tell us about ) …so that’s the place to be seen at, too.

These restaurants/pubs on the river were dreamt up by Mangalore born Nithin and Neema Rai, brother and sister, who moved to Britain as children.  Having, respectively, acquired a PhD in biophysics and a masters in international law, they embarked on a new adventure combining their experiences with hospitality while using the boats for further research and development! Yes, while you munch through your canapés or pizza, and knock back that cocktail — there are some interesting experiments ongoing below deck…

The war in Ukraine is troubling us all — but there was a bitter-sweet moment when Ukraine won the Eurovision Song Contest this year. The victory means that they could host the competition next year if peace were to suddenly break out! However, this looks unlikely — and so London might get a chance to stage the Eurovision contest next year instead. In the days of the Beatles and Cliff Richard, UK would effortlessly top this sort of competition but subsequently it has set an unblemished record of being always close to the bottom in the rankings.  However, this year UK came second so there is some logic in getting this opportunity.

But still — one hopes that the music in Ukraine keeps ringing out loud and clear over the cacophony of the war.