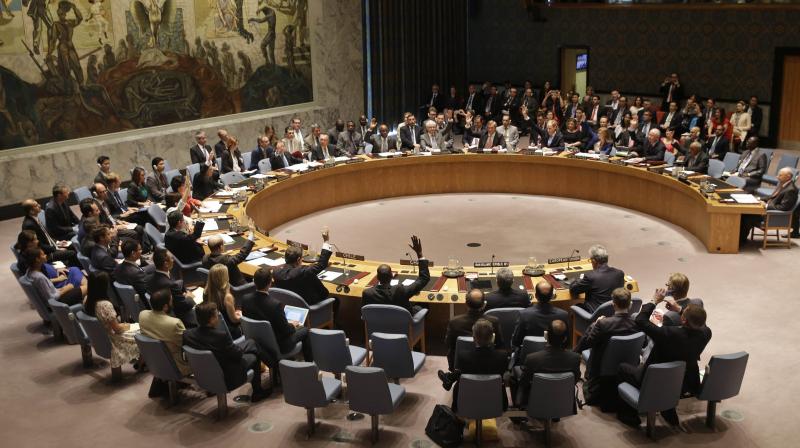 India will take over as a non-permanent member of the UN Security Council (UNSC) in January 2021. The government has begun preparations by deciding to upgrade India’s diplomatic presence at the UN.

The Indian delegation is being strengthened with the appointment of an additional deputy permanent representative and a counsellor to solely handle Security Council matters.

According to sources, 1999-batch Indian Foreign Service officer R. Ravindran, who is joint secretary (Central and West Africa) will join the Indian Permanent Mission in New York in the rank of additional deputy representative.

He served in the office earlier under Hardeep Singh Puri, who is now minister for civil aviation, urban development and commerce, but who headed the mission when India was a non-permanent member in 2011-2012.

Ravindran’s colleague Pratik Mathur, who is from the 2007 batch, and is deputy secretary in the Prime Minister’s Office (PMO), will be a counsellor. Both IFS officers will join the mission before the 75th UN General Assembly opens next month.

The India mission is currently headed by T.S. Tirumurthi, with Nagaraj Naidu as deputy permanent representative.

It is also said that external affairs minister S. Jaishankar will be keenly following India’s stint at the Security Council with regular monthly reviews.

At a time when the Covid pandemic has forced states to tighten their finances, the Tamil Nadu government has decided to increase retirement benefits for retired senior officials.

The move is bound to raise eyebrows since many other states with straitened finances have been forced to hold back DA of government officials and pushed back pension grants.

Barely two months ago, the government had increased the retirement age of babus from 58 to 59 years, ostensibly to postpone the huge pension burden it would face.

According to sources, the state government has based the order on a similar order by neighbouring Karnataka, in 2015.

Manipur has a qualified doctor as the state’s new chief secretary. Senior IAS officer of the Manipur cadre, Rajesh Kumar who was additional chief secretary, has succeeded J. Suresh Babu who superannuated from government service. Incidentally, Babu was also a doctor who became a civil servant.

Kumar’s appointment comes in the backdrop of a demand from several student organisations in the state to appoint a “qualified state native” to the post of chief secretary. Kumar, who is an IAS officer of the 1988 batch, is not.

Once Kumar’s appointment was announced, some organizations are now demanding that the decision be reviewed. The state government, however, has shown no sign of acknowledging this demand.

With the students upset over what they term as “denial of rights of the native communities” by the state government, Kumar as the new chief secretary may have to apply a healing balm to the “hurt” sentiments of the student community first, besides getting down to discharging his own considerable administrative duties.