As the only democracy in SCO, besides a dysfunctional Pak, India must ensure the group is not hijacked by China to forge an anti-West front 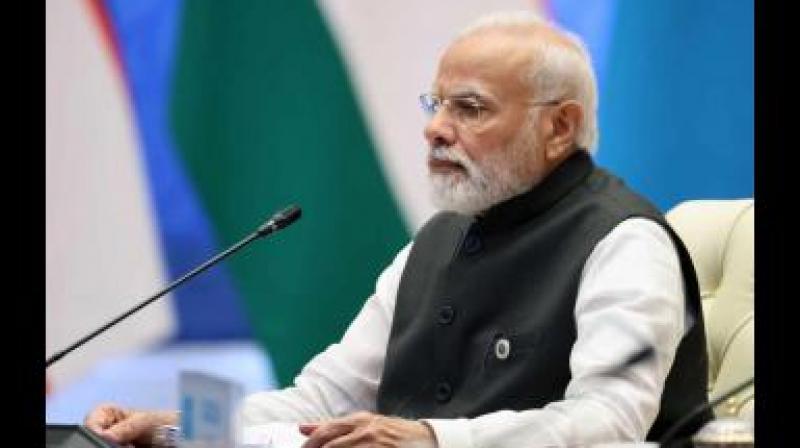 The presence of Chinese President Xi Jinping and Russian President Vladimir Putin dominated all attention at the 22nd in-person summit of the Shanghai Cooperation Organisation in Uzbekistan’s Samarkand on September 15-16, while normally the agenda is settled by the host nation. The SCO was meeting after a three-year hiatus, when the Ukraine war since February 2022 and the Covid-19 pandemic worldwide since 2019 have caused major disruptions in global supply chains, and food and energy inflation, so the distraction was inevitable.

Iran became the ninth member of the SCO. In India, there was much speculation over whether Prime Minister Narendra Modi and Chinese Presi-dent Xi Jinping would hold a direct bilateral meet, given that China had days earlier shown some flexibility to mutually withdraw troops from the Gogra-Hot Springs sector of the Line of Actual Control.

Second, there was also a buzz over whether he would engage Pakistan’s Prime Minister Shehbaz Sharif. The raison d’etre of the organisation at its birth was to fight terrorism, extremism and separatism, the last a Chinese dictum over its One-China policy. The Taliban seized control of Kabul in 1996 and Afghanistan became a sanctuary of Al Qaeda and its affiliates. Russia and China, and the Central Asian nations, sought to counter the terrorism and drugs emanating from Afghanistan. The SCO was born in June 2001, months before the terror attacks on the United States on September 11, popularly known as 9/11. In 2004, the Regional Anti-Terrorist Structure (RATS) was created. Thus, the SCO’s initial focus was on security.

Once the US deposed the Taliban and installed a US-aligned government in Kabul in late 2021, the organisation lost impetus as the threat perception of its then six members abated. But for China, its western frontier became the door to cooperation and commerce with Central Asia and beyond. The Belt and Road Initiative was announced in 2013 to create a maze of hub-and-spoke connectivity for Chinese trade, energy flows and soft power projection. Russia, as the past regional hegemon, resented the Chinese intrusion into its area of influence but chose to blend its Eurasian Economic Union (EEU) vision into the Chinese construct.
India also could hardly ignore the new organisation as it had strategic interests.

Any developments in Central Asia would impact India. After the late-1980s withdrawal of the Soviet Army from Afghanistan, India and Iran used the Tajikistan route to supply military and civilian aid to the Ahmed Shah Masood-led Northern Alliance in Afghanistan to help counter the Taliban. India joined the SCO in 2017, but at the insistence of China only alongside Pakistan. This hampered the counter-terrorism role of RATS and SCO as Pakistan had always aided and abetted terror in the region and provided sanctuary to the Taliban’s top leadership. This was underscored by China again vetoing, a day after the SCO summit, the listing by the 1267 Al Qaeda Sanctions Committee of the UN Security Council of Lashkar-e-Tayyaba militant Sajid Mir, a mastermind of the 26/11 Mumbai terror attack.

Significantly, at Samarkand, the SCO’s chairmanship passed to India for the coming year. India will have greater freedom to shape its agenda, but geo-political factors will constrain the organisation’s growth. One blip emerged immediately when Pakistan’s foreign minister Bilawal Bhutto Zardari said Pakistan would take a call whether to attend the summit in India or do so at what level. India-Pakistan differences were on full display in Samarkand as the PMs of the two nations abjured any contact. China, on the other hand, wants to shape the organisation as a platform to counter the United States regionally.

Sino-Indian distrust was also on full display as Prime Minister Narendra Modi correctly avoided a bilateral meeting with China’s Xi Jinping. Past encounters haven’t led to any strategic re-calibration by China. Unless China accepts India’s rise and stops using India’s neighbours and keeps the Line of Actual Control unsettled to put pressure on India, any long-term friendship is impossible.

External affairs minister S. Jaishankar is in the United States this week and the next to attend the UN General Assembly in New York and hold bilateral talks with US secretary of state Antony Blinken in Washington. In New York, he will encounter his Chinese colleague at group meetings of Brics and perhaps for bilateral exchanges. As Henry Kissinger once wrote, summits between leaders must follow thrashing-out of mutual concerns at lower levels and not as instruments for instant peace.

In the context of the Ukraine war, the most watched bilateral meetings were of the Russian President with the Indian and Chinese leaders. President Xi Jinping took the lead in cornering Mr Putin on Ukraine by shrewdly amending the past narrative about a “no-limits” friendship or seeking to work together to achieve a “just and reasonable” international order. Now China plans to work with Russia, omitting the togetherness, and play a leading role “in injecting stability in a world of change and disorder”. That Russia is globally seen as causing the current disorder is left for others to connect to the Chinese injunction.

Prime Minister Narendra Modi sensibly told President Vladimir Putin on camera that “today’s era is not an era of war”. Mr Putin’s response was halting and indicative that after Mr Xi’s querying, he felt cornered. It salvaged India’s reputation globally as till now the Indian reluctance to point a finger at Russia’s Ukraine misadventure, besides buying discounted oil, was seen as opportunism and not strategic independence. This will strengthen Mr Jaishankar’s hands as he confronts Washington about its ill-advised move to upgrade Pakistan’s F-16 fleet.

But the real game is for influence in the Central Asian region, which Mr Xi underscored by coming to Samarkand via Kazakhstan. After this year’s drought, China is as concerned about food security as energy independence. Connectivity via its BRI running through Central Asia provides it safe continental links, not as easily disrupted as its maritime ones via the Pacific. The Central Asian nations also want to insulate themselves from Russian imperial overreach, like the one attempted in Ukraine. Perhaps Mr Modi had this in mind when seeking connectivity and marketing India as the new start-up mecca and manufacturing hub. But that again ignores the fact that India-Pakistan ties have worsened after the abrogation of Article 370 in J&K, which was a core BJP policy thrust domestically.

As the only democracy in the SCO, besides a dysfunctional Pakistan, and as the next chair India must ensure the group is not hijacked by China to forge an anti-West front or hobbled by multiple bilateral differences. Improving relations with Pakistan will also be a good starting point.