Mr Modi’s incapacity to check this despite proclaimed intention is his principal failure. 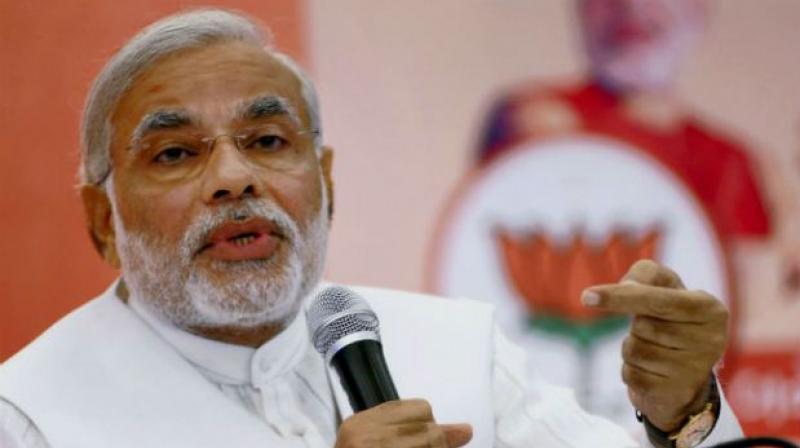 The brutal rape and murder of the eight-year-old Muslim nomadic girl from Kathua, targeted as part of an ethnic offensive by a section of the region’s Hindus, has severely undermined Prime Minister Narendra Modi’s image abroad and within. Time is running out to regain the momentum that he enjoyed last year. His handicap stems from an inability to counter the accusations arising from shoddy handling of multiple crises — rape cases or cash shortages at ATMs — consequent to which he is repeating himself. The freshness that Mr Modi once exuded has evaporated. Its place has been taken by a fatigued claim: “I have done more in four years than what the previous government did in five years.” From being “The Alternative” in 2014, Mr Modi is now formally making a bid for another term by putting forth the “There Is No Alternative” (TINA) card. This is huge comedown.

Significantly, before Mr Modi stepped into his favourite domain — foreign shores — major international publications published articles which damage him intensely. A piece by the New York Times’ editorial board, which represents the “opinions of the board, its editor and the publisher”, distinct from the newsroom and Op-Ed sections of the paper, was unambiguously headlined “Modi’s Long Silence as Women in India Are Attacked”.  The primary argument was that Mr Modi’s “remarks ring hollow because he waited so long to talk about the cases and spoke in broad generalities”. Moreover, the path he chose was not new, having taken “a similar approach in the past when addressing cases in which vigilante groups affiliated with his political movement have attacked and killed Muslims and Dalits”. Instead of fulfilling his promise of making “government more responsive”, the Prime Minister chose to display “a pattern of silence and deflection that is deeply worrying”.

Another article in the British platform of liberalism, The Guardian, was headlined “India is a ‘republic of fear’. The UK must keep the pressure on Modi”. The commentary drew attention to “preachers of Hindutva, who are feted, not punished” and while breaking his silence Mr Modi “failed to recognise the culpability of his own supporters”. For the writer, it was incorrect to view the Kathua and Unnao rape cases as part of India’s endemic problem (the latest NCRB figures show more than 450 sexual crimes are daily committed against women and children). Members of his party were involved in the cases — directly committing the crime or preventing the law from taking its course. Mr Modi’s incapacity to check this despite proclaimed intention is his principal failure.

These articles and numerous others of a similar nature in the international media, each critical of handling of the two incidents, are not of relevance to the Indian political discourse. Leaders in the country long discarded the tendency to seek “certification” of capability and civility. But the pursuit made a return after Mr Modi assumed office because it was important, after years of ostracisation, to be feted globally. It served the dual purpose of shedding his image of rabble-rouser, inflating his ego and was a handy campaign tool — to engage with the disapora on the one hand and publicise among domestic supporters.

Besides demonstrating that first international readings of his persona — an indisputable majoritarian — were correct, Mr Modi has suffered severe loss of domestic support in recent months. The response within to the two gruesome rapes reaffirmed the erosion in Mr Modi’s base. It would require herculean effort to generate another wave in his favour to begin as the favourite when the race for the next general election is flagged off. Last year, after the Uttar Pradesh elections, 2019 was considered a “settled affair”. The first indications of this not being true came as a viral joke on the social media when during the Navaratris, videos of Gujaratis dancing to Vikas Gando Thayo Che began circulating. The Gujarat campaign was more arduous for the BJP than imagined and Mr Modi barely escaped by the skin of his teeth, thanks in ample measure to the Congress’ self-goals. Because of his inability to take corrective measures so far, Mr Modi has failed to halt the drift against and is steadily losing support of one section after another from the formidable social coalition that he had built.

The protests against Mr Modi in London this week were representative of the enthusiasm for Mr Modi turning into disillusionment and now starting to convert into anger. Compared to 2015, when he last visited the UK, the protesters were not just the “usual anti-nationals” but professionals in large measure who believed his words once. They represent the viewpoint of families in India, yet to articulate views for India being a “republic of fear”. Unless the downward slide can be halted without delay, Mr Modi faces the prospect of walking down a blind alley with the prospect of a startling verdict at its end. The worry for Mr Modi is that he is unable to counter the arguments being voiced by those taking to the path of protests. Bloc by bloc those who comprised Mr Modi’s supporters are now beginning to turn bitter and angry, and the argument of there being no alternative to Mr Modi may not work because polls in non-wave situations usually get converted into aggregation of state elections.

The urban middle class which had backed him, believing he had shed his Hindutva baggage, and considered Modispeak on development as genuine, has no reason to back him again. The social media turning hostile to the extent of being able to mobilise protests and shutdowns across cities is indicative that the technological advantage is no longer his. In the social coalition, dalits staged a spontaneous nationwide closure in perhaps the most vehement indictment of anti-dalit policies. The lower OBCs, who too flocked to the BJP in 2014 and in poll after poll, are worried over anti-reservationists gaining confidence due to defence of upper caste aggression by the likes of Yogi Adityanath. There is a strong possibility that Kathua will eventually get recognised as the tipping point against this government. Unless of course Mr Modi pulls a — now seemingly improbable — rabbit out of his hat!