Was planning an eight-phase poll spread over a month, and during a pandemic too boot, wrong, after all? 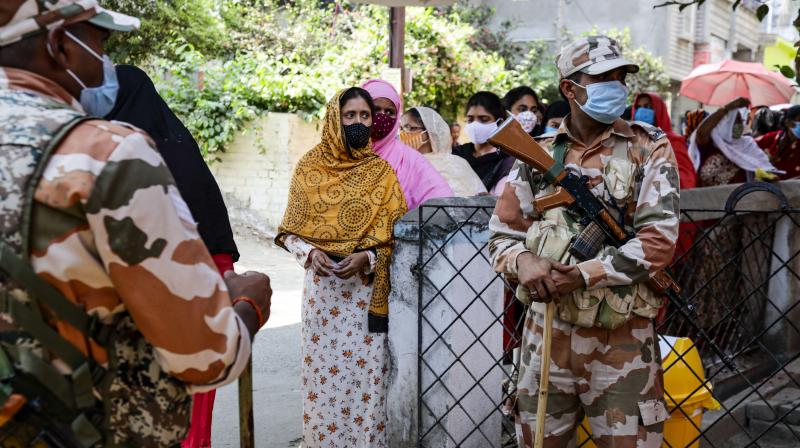 After various incidents of violence in the first four phases of voting in West Bengal, the Election Commission of India ordered the election campaign to end 72 hours before the fifth phase of polling. This order of bringing the campaign to an end, 24 earlier than the mandated 48 hours is an indication of EC not being in full command. The EC tried to send out a message of being tough by putting a 24-hour ban on Mamata Banerjee’s campaign and another 48-hour bar on that by BJP leader Rahul Sinha, and issuing notices to BJP leader Suvendu Adhikari. These steps are welcome, but it can’t possibly evade the question — why in spite of an eight-phase election, on grounds that it was necessary so that polling took place in a free and fair manner, has it not been able to curb violence in the earlier phases that resulted in the death of a few people?

The multi-phase election and few days of gap between different phases is aimed at facilitating movement of security forces from one location/district to another as an adequate number of forces are needed to be deployed at each polling booth for a free and fair election. But visuals from the ground especially at booths where violent incident took place clearly indicated that though security forces were deployed inside the polling booths, they were hardly seen outside them. It is a well-known fact that violence mostly take place outside the polling booth and hardly inside. The question that the EC actually needs to answer is this, was planning an eight-phase poll spread over a month, and during a pandemic too boot, wrong, after all? While there are advantages to holding a phased election, were there also challenges that it failed to take into account? Equally, was not deploying security forces outside polling stations in spite of visible signs of tension in many villages due to shortage? It so happened that more than 1,000 companies of central forces were deployed in West Bengal at the time.

As noted above, the huge gap between the different phases of polling in the 2021 West Bengal Legislative Assembly election was kept to facilitate comfortable movement of security forces between locations. The EC did the right thing following this protocol. However, it failed to assess that these days could also be used by anti-social elements for movement from one place to another. Thus, questions should also be asked for the rationale behind the eight-phase election. Why could the election not be planned over fewer phases?

Even though there is no data on the number of violent incidents in different phases, there is a general sense that violent incidents have increased in the later phases of the election compared to the earlier phases of voting. As we have noted before, a multiple-phase election does help in movement of security forces ultimately resulting in deployment of an adequate number at each polling station, but at the same time, spread over a month, it provides an opportunity for escalating violence, as workers of different parties fighting against each other get time to settle scores, right from one phase on to the next. Election in one phase could minimise this possibility, as they would not otherwise get the opportunity to organise themselves. Whatever violence takes place would then only be spontaneous. There may be some other disadvantages, but a single-day polling can certainly help in reducing the duration of tension between party workers.

A multi-phase election results in a very long period of election campaign. The campaign comes to an end 48 hours before the polling only in those constituencies where voting is scheduled to take place. There is no restriction on campaigning in constituencies where voting is scheduled at a later date. It has now almost become a rule that senior leaders of political parties will address rallies in constituencies where voting is to take place on a later date on the same day that voting is in progress in some other constituency. It has also become customary for these leaders to accuse leaders of their rival parties of their involvement in violent incidents in their speeches delivered during these rallies. This only raises the tempers of party workers that at times trigger violence in the said constituency on the voting day. A single-phase election or polling over fewer phases will certainly restrict the campaign period that will only help in keeping the political temperatures down, ultimately leading to less violence on the polling day.

Elections are due to be held in many states next year, Uttar Pradesh being a large one. Possibly, EC would think about a phased election. While so doing, it should keep the West Bengal lesson in mind.