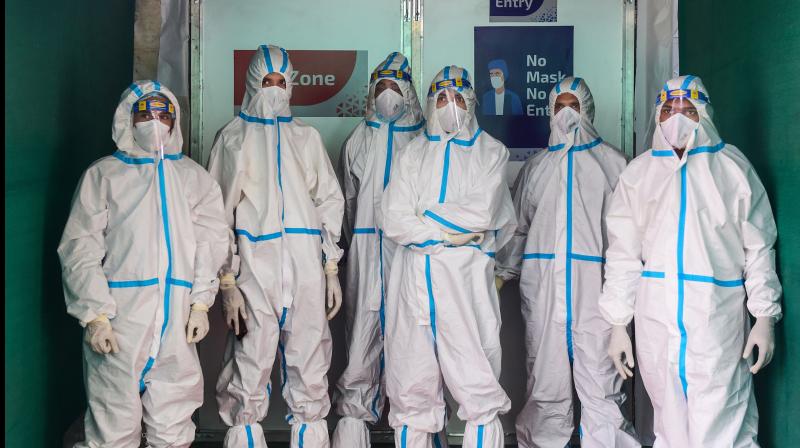 The second wave of the epidemic has caught India’s creaking health infrastructure on the wrong foot again. (PTI /Kamal Kishore)

The devastating Covid crisis has renewed demand for the creation of an Indian Medical Service along the lines of the all-India services such as IAS and IPS etc., at the earliest. The second wave of the epidemic has caught India’s creaking health infrastructure on the wrong foot again. It has blown the lid off the “system”, exposing the shortage of critical beds, oxygen, equipment and doctors and other medical staff.

Sources say that this demand has been raised on several occasions by several medical organisations including the Indian Medical Association (IMA), the Federation of Resident Doctors Association (FORDA) and the doctors’ association of the prestigious All India Institute of Medical Sciences (AIIMS).

Those in the know say that recently FORDA has renewed the demand and written to Prime Minister Narendra Modi asking him to expedite the creation of a national medical service. Interestingly, the Parliamentary Standing Committee on Health and Family Welfare had also suggested that the government explore the possibility of setting up an exclusive service as part of the much-needed changes that have now become necessary to revamp the healthcare system. Will Mr Modi oblige?

A district women and child development officer in the Mahasamund district of Chhattisgarh is on a crusade against departmental corruption. He has gone on a hunger strike for the government’s inaction in a Rs 30 lakh corruption case related to various state government schemes. Though the amounts appear small, it is the principle that matters for this champion of honesty in administration.

Sudhakar Bodele is demanding action against the departmental officers who were involved in the embezzlement of funds of Rs 30 lakh in two schemes of the WCD department in Mahasamund district.

Mr Bodele has alleged that substandard material worth Rs 20 lakhs was purchased between March 20-21 under the Chief Minister Kanya Vivah Yojana (CMKVY). He has also alleged irregularities of Rs 10 lakhs under the Ready to Eat (RTE) scheme. Despite complaints, no action was taken against the guilty staff, the WCD officer complained.

Earlier the officer brought the matter to the knowledge of the district collector. Despite promises when no action occurred, then he asked for permission and a place to go for a hunger strike. When the officer was not granted permission, he sat on a hunger strike at home.

All eyes are on how the government responds to Mr Bodele’s “tactics”. Watch this space for updates.

It is common practice with state governments, but when the Maharashtra government decided to reappoint IAS officer V.K. Gautam, who retired last month as additional chief secretary in charge of irrigation as an officer on special duty (OSD) in the same department, it has not gone down well with other officers, serving as well as retired.

The rationale offered by the MVA government is that Mr Gautam had shown able leadership in the post and the government would continue to benefit from his experience and ability to handle large projects.

Sources say that the MVA government was actually keen on retaining Mr Gautam’s services on a three-year contract as irrigation secretary. However, it could not do so since the post of secretary is a cadre post and cannot be made contractual to retain an IAS officer. So, it made him an OSD instead.

Mr Gautam’s retention on a contractual basis seems to have upset quite a few senior IAS officers, who see this as a wrong trend. It is also pointed out that Mr Gautam has an inquiry pending against him for alleged violation of rules as a member of the Commonwealth Games managing committee more than a decade ago.

But Mr Gautam is not the only senior official to have benefited. Chief secretary Ajoy Mehta after retirement has been hired as principal advisor to the Chief Minister’s Office (CMO). Similarly, R Mopalwar who retired in 2018 is overlooking major road projects in the state and R.A. Rajeev is still heading MMRDA although he retired in February.

So, while retaining retired babus may be bad in principle, it is a widely prevalent practice and not just in Maharashtra.