Can Congress unite Opp. in Bihar to take on Nitish, BJP? 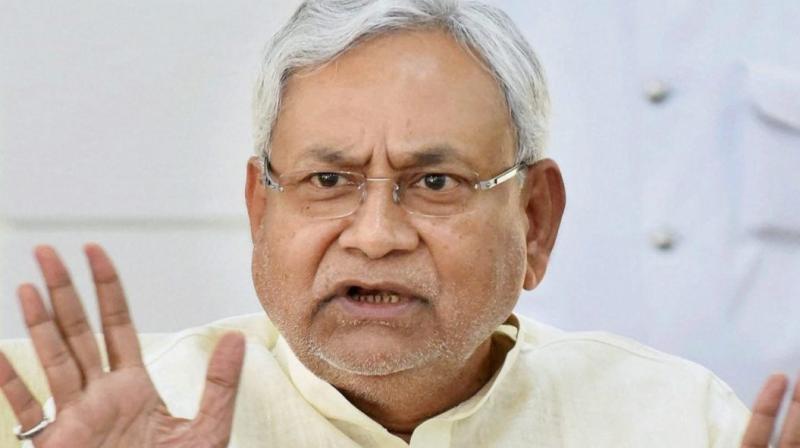 With Bihar, along with Uttar Pradesh, acting as Prime Minister Narendra Modi’s gateway to Delhi, the Centre appears to be moving in a purposeful direction to deal with the staggering guest workers’ crisis which had exposed the BJP government’s callousness in dealing with India’s poorest people. But will the steps taken be enough?

The BJP and its allies cannot but be wary about the potential of its opponents even in Bihar -- where they appear somewhat weaker than in Uttar Pradesh -- to pose a serious challenge. The Assembly election is due in Bihar in just a few months.

This factor imparts a specific anxiety to the ruling party’s calculations, and it is no surprise that Mr Modi himself is set to launch on Saturday a relief package from the state’s Khagaria district aimed wholly at wooing the lakhs of guest workers who trudged hundreds of kilometers to reach their village homes in the wake of the Covid-19 outbreak.

The Nitish Kumar government, in which the BJP is a strong coalition partner and whose unwavering support has made the government possible, is mired in anti-incumbency woes, not least due to its handling of the worker returnees. This has been flagged by none other than Lok Janshakti Party leader Chirag Paswan, an MP from Bihar whose party is in government both in the state and the Centre.

Questions also arise in respect of the BJP, not just Mr Kumar’s Janata Dal (United). The killing of soldiers of the Bihar Regiment by the Chinese army within India’s territory in Ladakh has become an emotional issue and can impact the Assembly election.

This is a matter that squarely concerns the Centre and its laxness shown on the frontier with China. As such, the BJP component of the state’s ruling alliance is under pressure on this front.

The same holds for New Delhi’s mismanagement of relations with Nepal, which has resulted in Kathmandu swallowing up Indian territories in Uttarakhand and endorsing that change on its map through a constitutional amendment.

The twin crises imposed by China and tiny Nepal which is still seen as a so-called Hindu kingdom by Hindutva groupies  in fact have the effect of underlining the ineptness of the Centre. These take the sheen off the PM, a process begun with his mishandling of problems thrown up in the wake of the new coronavirus pandemic.

In the run-up to Bihar’s Assembly elections, these are extremely serious factors that an incumbent cannot but worry deeply about. But its opponents can easily let it off the hook by remaining disunited, by squabbling as usual over a few seats when it comes to posing a joint electoral challenge to the ruling coalition, and by being unable to project a respected leader who, in the eyes of the people, carries at least as much political weight, as well as social esteem in the widest sense, as the chief minister.

Mr Kumar’s power-related scruples are flimsy at best, but he has shown himself to be a master of the comeback game through a display of shallow symbolism and wile. His challengers will have to work doubly hard to make their point, to be flexible with likely allies, and to be single-minded about their objective.

The Congress in Bihar is a weaker entity than it has ever been, and yet it has the greatest potential among the state’s Opposition parties to be a catalyst in the attainment of the sum of these objectives by being a key enabler.

This is a part to which it is eminently suited due to its all-India outlook and its ability, more than absolutely any other party, to cement disparate social constituencies of caste, class or religion.

In the landscape of Bihar politics, Raghuvansh Prasad Singh, the current RJD vice-president, has long revealed himself to be a leader of substance and great experience, and a man of high ethical standards.

This mathematics professor was also a respected figure in the Manmohan Singh government as minister for rural development. The Opposition parties in Bihar can do no better than to seek out this non-showy person to lead them and to lead the state if there is an opportunity.

It is hard to think of any social group or constituency that will not warm to such an idea, although ambitious individuals may require persuasion. On the Left and the Right, as well as on caste matrices, no matter which way they are laid out, Bihar’s politics can be a treacherous slush with many unworthy individuals and parties that have the shelf life of a few inglorious seasons.

On the government side, it is the BJP that is the consolidator. The Congress has the potential to play a similar role on the other side. Time will show if it is up to the task.