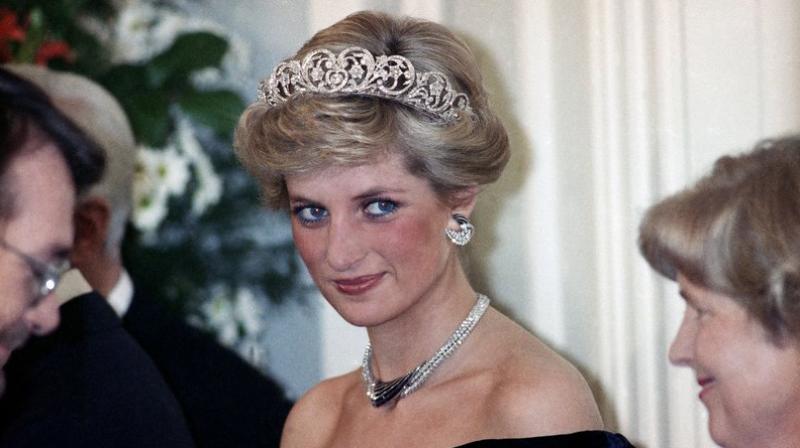 FILE - In this Nov. 2, 1987 file photo, Britain's Diana, the Princess of Wales, is pictured during an evening reception. (Photo: AP)

Rudyard Kipling’s racism has been the worst kept secret in India — and possibly in the UK too, where, undoubtedly, his poetry and literature continue to be read. Thus the recent decision of English Heritage to at least correct his image on their website reflects this dichotomy we are all facing today. Whilst we read authors such as him (and our children read Enid Blyton), their views and writings may not reflect the world in which we live today — where black lives matter. In 2018, I remember that the Manchester University Student’s Union had removed Kipling’s If from the University walls —as a protest against his racism and colonial values.

Which one of us can forget his infamous poem from which the phrase “white man’s burden” was taken? However, these discussions held today will not cancel his Nobel Prize for Literature awarded in 1907 — even if they will make us a little more sensitive to his views. Will the Nobel committee also take the trouble of upgrading its website or speaking about his dubious legacy?

Among of the best known examples of his popular writing are in the film adapted series: The Jungle Book, and in the character of Kim. But can we really distinguish between the author who wrote so well that his books have survived more than a century — and his mindset?

Thus English Heritage may have done the wise thing by not removing the blue plaque it had placed for controversial authors like him and Enid Blyton (also accused of racism, sexism, and homophobia) on the streets where they lived in London — and instead updated the websites where the reference appears, giving their work the correct and critical contemporary context.

However, yes, I do believe that many of the references that appear in their stories do have a subliminal effect — and should not be included for popular reading unless published with a note that may even required parental guidance! I still remember that story I read as a child, of the black doll by Enid Blyton, who was disliked till her face was wiped clean. A “fair and lovely” concept, which could leave a negative impact on an impressionable young reader. At that time I did not realise the reference, but now I do… So perhaps the way forward is to publish these books but with the contextual explanation that is required, stating clearly that these views are retrograde. But is that enough? And is it only a band-aid solution?

It is a complex problem — that requires a more widespread debate even in India — where many English authors continue to be read, quoted and treated as heroes, unquestioningly.

This is going to be a great English summer washout. How do we know it? It has rained frequently. Just as the lockdown was eased enough to have sports with spectators watching, we have had “Rain Stops Play” as our friendly summer headline. The much-awaited Test match between India and New Zealand in Southampton had its first day washed out. Simultaneously, the Indian women’s team playing the Test match at Bristol against England had its wet patches. Now the Euro soccer match between England and Scotland has ended in a 0-0 draw. Mind you, given the current tension between the two not just in soccer matches but in politics as well, it is probably the best outcome.

As Freedom Day recedes from the immediate future — old stories of Princess Diana’s death have resurfaced. This is how the lockdown is forcing us to live more in the past than the future, and the Royals and their offspring make it a constant source of entertainment.

Police Inspector Stevens who was a force to reckon with in the years around the turn of the century has just revealed that he had to interview Prince Charles back in 2005 concerning a note Diana had left behind. She thought her former husband was plotting her death by staging a car crash in a public place crowded with traffic, so he could marry his mistress. In the convoluted so-called conspiracies surrounding Diana’s death — this is one which will continue to haunt those close to her.

Prince Charles eventually married someone else and not the person Diana had suspected but she died as she had described in her note on August 15, 1997. Apparently Charles denied any such intention. Perhaps Diana had a creative imagination? But whatever the real story, we will continue to speculate! It is like the Bofors case in India — there will always be a new twist to the old tale.

Boris Johnson, on the other hand, remains the Teflon politician we all have come to wonder at. And he is using all the charm offensive he can garner — if last month it was Carrie, his new wife, at centrestage, this fortnight it has been the very winning Wilfred, his tousle-haired son who had everyone smiling at the G 7 summit. How can anything appear dire when you have a wide-eyed toddler in your midst? He has had his first political outing and may there be many more ahead — as he certainly makes a change from our Covid-related headlines.

Kishwar Desai is an award winning author and playwright, whose new book The Longest Kiss: The Life And Times Of Devika Rani has just been published