Trump’s daughter Ivanka was also made an adviser and given an office in the West Wing of the White House. 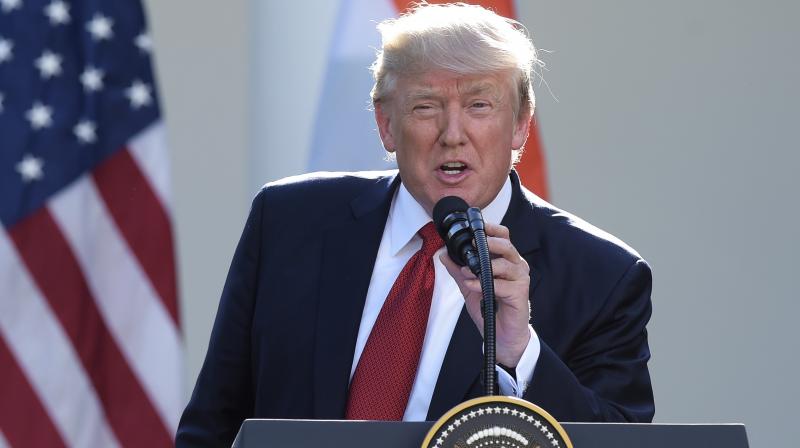 India can rightly claim credit for introducing US politicians at the presidential level to the art of family politics. There have been American political dynasties in the shape of the Bushes and the Clintons, but they have been amateurish. It is only with the advent of the Donald Trump presidency that the virtues of Indian family power are coming into play.

Indeed, there have been family dynasties at the federal state levels in India for a considerable time. The Shuklas of Madhya Pradesh come to mind, as does the Abdullah dynasty in Kashmir that has prospered. But the full flavour of family politics was realised with the coming to power of Indira Gandhi after the death of her father Jawaharlal Nehru. Whether the latter intended it to be so is still a matter of conjecture.

One has only to recall Indira proudly telling her partymen how her son Sanjay had stolen their (the elders’) thunder. No one was surprised because he had by then established himself as a man of substantial power after giving up trying to build a car. He was the gatekeeper and much more to his mother. And then he got killed in an air accident. As night follows day, his brother Rajiv, an airline pilot, succeeded him, and after his assassination, his wife Sonia took over after a period of mourning.

Take Mr Trump. It did not take him long to make his son-in-law Jared Kushner, a practising rabbi and construction tycoon, a senior official adviser, giving him such onerous duties as resolving the Israeli-Palestinian imbroglio and other ticklish problems. Mr Trump’s daughter Ivanka was also made an adviser and given an office in the West Wing of the White House.

The President’s son, Donald Trump Junior, holding his father’s real estate empire, was a member of his father’s election campaign team, and has distinguished himself recently by revealing emails he had exchanged prior to meeting a Russian lawyer on the promise of her closeness to the Kremlin and revealing dirt on Mr Trump’s Democratic rival, Hillary Clinton. These revelations will now form part of the inquiry by a special prosecutor probing suspected Russian intervention in influencing the outcome of the US presidential election.

One does not know whether the news from Bihar has reached the White House, but Lalu Prasad Yadav has meanwhile climbed new heights in keeping alive family politics. He had previously distinguished himself by nominating his wife Rabri Devi, until then a housewife, as the state’s chief minister when he was debarred from holding office on corruption charges.

Mr Lalu Prasad fought the last Assembly election in league with the Janata Dal (United) as part of a grand coalition and won. Nitish Kumar, the JD(U) leader, was the obvious man to assume chief ministership of the state, but Mr Lalu Prasad extracted his pound of flesh and more by insisting on his sons, political greenhorns, being given ministerial positions, one of them as deputy chief minister. Tejashwi Yadav is now facing charges by the Central Bureau of Investigation (CBI) on his wealth. The other son, Tej Pratap, is health minister and, in addition, Mr Lalu Prasad’s daughter Misa Bharti was given the gift of a seat in the Rajya Sabha. In fact, Mr Lalu Prasad and his children have been asked to clarify where they got the money for buying a string of properties around the country.

Mr Trump, therefore, has a long way to go before matching Indian artistry in promoting family in politics. His instincts are sound. Contrary to convention, he has not made his tax returns public nor has he placed his businesses in a blind trust and although his eldest son now runs the realty business, profits will go into the President’s pocket.

Mr Trump’s daughter Ivanka, a fashion designer running her own business, startled the world at a session of the Hamburg summit by taking her father’s place at the table, instead of a senior aide, like secretary of state Rex Tillerson substituting for him. As with Sanjay in Indira’s time, world leaders are seeking Ivanka to make their number with the father. The Chinese have been courting Ivanka and her husband Kushner for some time. German Chancellor Angela Merkel, after her frigid initial meeting with Mr Trump, invited Ivanka to a conference in Berlin, only to be greeted by boos from the meeting floor. Prime Minister Narendra Modi threw his turban into the ring during his US visit by inviting her to lead the American delegation to a conference in India in the autumn.

Mr Trump is still learning the ropes and should accept Mr Modi’s invitation to visit India at an early date to learn the finer points of promoting family welfare in politics. If he would want to promote son Donald Junior, in addition to favourite daughter Ivanka, he should make a stop in Bihar to learn the art from the master himself, Mr Lalu Prasad.

It is suggested by wise observers that unlike civil servants who enjoy fixed tenures, being a politician is a chancy business and he might be out of office in a split second. He has therefore to ensure his future in two ways: secure his financial future and launch his progeny into politics to try their luck. Mr Lalu Prasad has had his ground covered on both counts.

In Mr Trump’s case, he is a rich man and does not need to make more money although multiplying millions and billions becomes a habit. Rather, his instincts are more narcissistic and, like his Indian counterparts, he wishes to found a Trump dynasty. In any case, he needs an Indian excursion to derive advantage from an old practice honed over generations. It would certainly give him new ideas to launch his eldest son’s career in politics.