However, there will be problems as Westminster has not only parliamentarians — but also large numbers of workers, at all levels 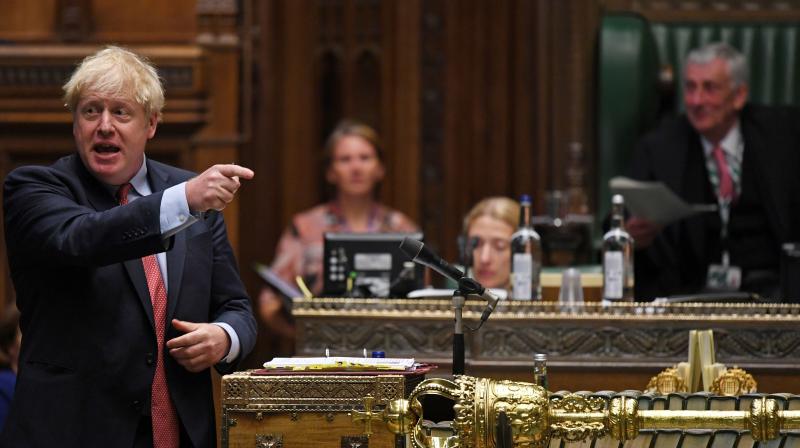 The iconic Westminster buildings, which have housed Parliament for centuries, had been under scrutiny for a while, because they are old and need repairs.

This meant that parliamentarians would need to be accommodated elsewhere. However, this was not meant to happen till 2025. Now Covid has changed all that — and I can tell you I feel I was very lucky to have listened to political speeches in the beautiful chambers within, and wandered in those elegant corridors with their gilded and vaulted ceilings, lovely restaurants and long terraces alongside the Thames.

It was a high point for everyone who visited London — to come to the “mother” of all parliaments. Everything within was polite, discreet and well-run. We all loved the pomp and ceremony, especially within the House of Lords.

But now things may change drastically. In his ever-dramatic style, the Prime Minister Boris Johnson announced that Parliament may shift to York! This is because when the Conservatives won a lot of seats in the North of England, called Labour’s Red Wall, they promised to do more for the Northern economy.

So Boris announced, at first, that the House of Lords may be moved to York, and then said both houses may be moved. There is outrage in London but also in York, which thinks MPs and Peers will create unwelcome traffic and higher house prices.

Another choice is to find suitable buildings in the neighbourhood like the QE 2 Conference centre to accommodate members while the Palace is being repaired.

Large and empty buildings are rare in London, but plans are being drawn up. However, there will be problems as Westminster has not only parliamentarians — but also large numbers of workers, at all levels. Would they be happy to suddenly move to York… hmm, sounds like another plan may need a re-think.

The more liberal countries have an issue with “masking up” because they hate any kind of restrictions. The PM understands that and would have like to have run a “fun” economy, where everyone (including him) could do their own thing, even during Covid.

His science advisers are beginning to go public disagreeing with him about relaxing restrictions. We have had a sharply falling curve of new infections and deaths but everyone fears a comeback if people start going back to old habits.

The Cabinet is divided and advice changes depending on who is speaking — Boris or Matt Hancock or Michael Gove. Rishi Sunak, now the most (if not the only) popular member of the Cabinet, was seen in a well-publicised poster serving a meal in a restaurant without a mask.

But this was rapidly corrected and within days he was there shopping with a mask on. Michael Gove changed from no mask to mask in a single day.

The good news is that the Oxford University group’s vaccine experiment looks like it is on schedule for delivery. But the atmosphere is definitely going back to the days of the cold war and the original setting for Ian Fleming’s 007. The Russians tried to hack into the Oxford and Imperial College labs we are now told. Russia had a specialist agency called Cozy Bear allegedly to steal British results on Covid vaccine but they were thwarted.

There are parallel efforts going on in America with a promising vaccine called Moderna. It may all take six months more but if we can get a vaccine that can tame Covid, it will be a money maker as well as a great saviour. But somehow I think the Chinese vaccine may not be so well received… Ghalib may have been struck at the irony. The same “friend” who allegedly poisons you, also offers the cure…

The big news of the week has to be the quarrel with China. Six months ago, trade with China was welcome and Huawei was a star company for UK in the 5G era. Now all bets are off. Even so, the backbench Tories are unhappy the government cannot unwind the old agreement for five years. This is precisely the issue everywhere. A ban on Chinese companies can be announced but it takes longer to execute than imagined.

The statue war continues. In Bristol, the Black Lives Matter demonstration brought down the statue of Edward Colston, a slave owner.

Marc Quinn who has had his sculpture displayed in Trafalgar Square modelled a statue depicting one of the demonstrators Jen Reid and secretly installed it at his own expense.

Before things get out of hand, the Mayor of Bristol, Marvin Rees, a Black British politician, had it taken down and plans to send the bill for it to Marc Quinn. He took the simple view that the question of whether and how to replace the statue was for the citizens of Bristol to decide.