Why religious leaders could turn predators

The powerful often flout the law because they know they can get away; the club of the powerful look after each other. 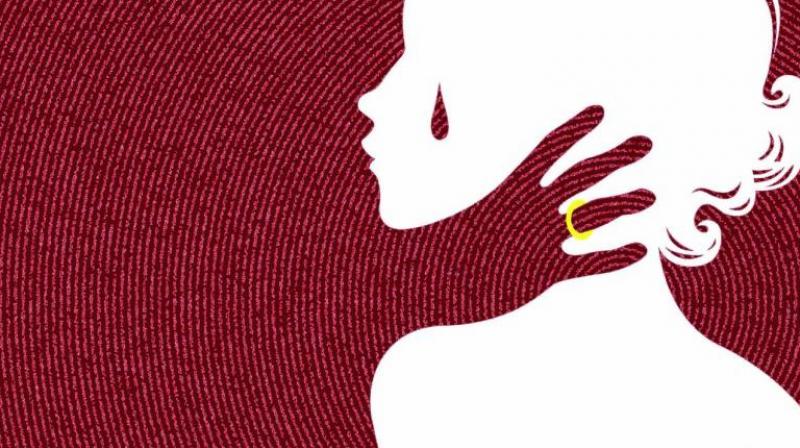 In Kerala, those protesting against the bishop who allegedly raped a nun say they won’t back down. (Representational image)

There is something about men of God that lesser mortals like us ought to know. Those who claim to speak on behalf of God typically don’t rely on the Almighty to bail them out when they are in trouble. While here on earth, and in positions of power, they make sure they are plugged into other networks of power — like politicians, police officers, other senior bureaucrats, influential lawyers, business tycoons and so on.

The powerful often flout the law because they know they can get away; the club of the powerful look after each other. These ties come in handy. That is the secret code of power. It applies as much to those wielding power in the religious sphere as in any other.

Everyone who wields power is not a criminal. But those in power often abuse power in very many ways, as is clear from the recent slew of men who claim to speak on behalf of God getting embroiled in rape cases.

Rape is about power. It has nothing to do with sex or sensuality. Religious leaders behave like any other power abuser. It is naïve to think they are a different breed. Being in the God business only gives them added protection.

Take the case that has been in the news — Kerala’s nuns and an allegedly predatory bishop. The nuns have been out in the streets, protesting, waving placards that demand the arrest of a bishop who has been accused of rape by one nun. It is hard to imagine that in a state battered by severe floods just a month ago, the nuns’ protest in Kochi would gather such momentum. But with every passing day, it is becoming a bigger story, and activists and writers have shown solidarity by joining in. A group of priests have also started supporting the protest by the nuns and have demanded the arrest of the bishop, who had applied for anticipatory bail when reports last came in.

In the eye of the storm is Jalandhar Bishop Franco Mulakkal. The protesters allege he had raped a nun several times between 2014 and 2016. It is a fast-moving story with new developments almost every day, but the critical elements follow a familiar plot.

The church leadership is in the dock for not heeding the complaint. The nun filed a police complaint in June. The police is also in the dock for having gone slow for quite some time. Now, police officers have told the Kerala high court that their preliminary investigations reveal that the bishop allegedly abused his position and raped the nun on multiple occasions between 2014 and 2016. The police have quizzed the complainant and several witnesses. They claim they are not going slow, and there have been discrepancies in the various statements. At the time of writing, there has been no arrest.

The matter is now in the courts. How this particular saga will end is not yet clear. But it is evident that taking on a powerful bishop is not easy.

If a bishop is in the dock today, in the not too distant past, there were Guru Ram Rahim and Asaram Bapu. For years, both got away with abuse of power, including multiple rapes, and it took tremendous courage for their victims to ultimately expose them. It is good that even in a country where self-styled godmen routinely leverage the blind faith that millions reposed in them to develop cosy relations with votebank-obsessed politicians, sometimes the long arm of the law catches up. Asaram has been sentenced to life imprisonment for raping a minor girl. Last heard, he had sent a mercy plea to the Rajasthan governor, seeking reduction of the punishment on grounds of old age. In the Asaram case too, the police had come under fire for going slow. The Supreme Court pulled up the Gujarat police for delaying completion of the recording of evidence in the rape case against the self-styled preacher, now lodged in Jodhpur jail.

It also comes as no surprise to find that some self-styled godmen exude nauseating hypocrisy and male chauvinism. Remember Asaram’s infamous quip about Nirbhaya, who was brutally raped and killed in 2012? He had said “the girl was also responsible… she should have called the culprits ‘brothers’ and begged them to stop”.

Last year, self-styled godman Gurmeet Ram Rahim Singh was convicted of sexually assaulting two women. His was once again a shameless and criminal abuse of power. Through his ashram, the Dera Sacha Sauda, he had amassed a fortune. His sprawling headquarters in Sirsa, Haryana, had a state-of-the-art hospital, schools, and even a sports stadium. This was the “front” which consolidated his hold on his devotees who considered him a messenger of God. But as former followers who mustered courage came out and exposed the sordid saga about the man, it came to be known how his disciples supplied Ram Rahim with women he could sexually assault, and how doctors in his pay castrated hundreds of men on Ram Rahim’s orders. Ram Rahim denies all the allegations.

Tragically, even when they are convicted of heinous crimes, hundreds of thousands of people continue to worship these self-styled godmen. Call it blind faith.

The short answer: power makes it easier for people to act as predators by slashing the risk of consequences. Those in power know and have seen that power can be used to silence victims, intimidate witnesses, dismiss allegations, and harass accusers. Powerful people believe they can get away with it because in reality, they often can. This applies to power in all its manifestations — physical power, social power, political power as well as religious power.

But things are changing. There are signs of hope. Women are coming out and exposing sexual predators and rapists who masquerade as holy men. Self-styled godmen are cooling their heels in jail even if they successfully dodged justice for years.

In Kerala, those protesting against the bishop who allegedly raped a nun say they won’t back down. It takes courage to speak truth to power, especially by someone who has been victimised herself. But is not their battle alone; it is ours too.