Opinion   Columnists  20 Nov 2017  An African Spring after the ‘coup’ in Zimbabwe?
Opinion, Columnists

An African Spring after the ‘coup’ in Zimbabwe?

The question on everyone’s mind is whether the events in Zimbabwe are like the equivalent of an “Arab Spring” in Africa. 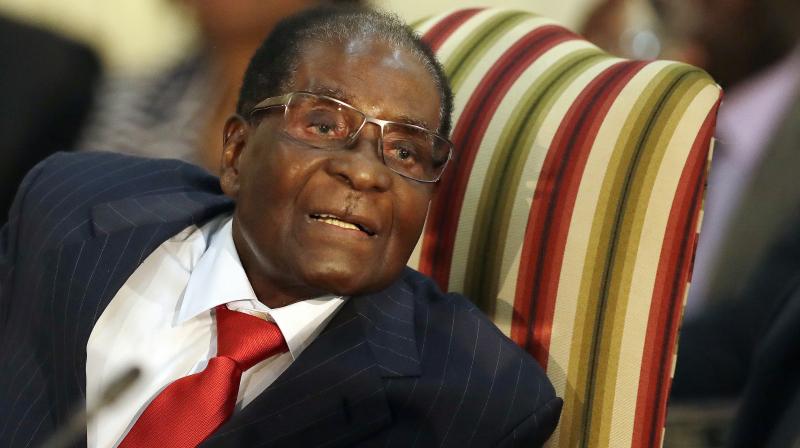 The coup that was not a coup in Zimbabwe has several unique features. First, unlike traditional coups which end up with the Army chief converting himself into a political leader, the Army’s role was to stop longtime leader Robert Mugabe’s wife Grace from taking power. All signs indicate that the objective has been to restore Mr Mugabe’s vie-president and old comrade Emmerson Mnangagwe to his post and ask him to run an interim administration In the process, the ruling party has sacked Mr Mugabe as leader, replacing him by his sacked vice-president.

The story begins with the sacking of Mr Mnangagwe, allegedly at the behest of Grace who was all set to take over from her ailing 93-year-old husband. The obvious successor was thus cast aside, fuelling popular anger. The Army then moved in last week confining Mr Mugabe to his official home but even allowing him to award degrees at a university function to suggest that he would be given a dignified farewell were he to resign from office.

To underline this message, hundreds of thousands of Zimbabweans gathered on Harare’s streets seeking the sacking of Mr Mugabe. The country’s economy is in a free fall, with the downturn ascribed to the hasty takeover of white farms in 2000. The country gained independence in 1980 and Mr Mugabe has been its ruler for 37 years. In popular parlance, his wife is known as “Gucci Grace” because of her penchant for expensive shopping.

A Catholic priest, Fidelis Mikonori, was mediating between Mr Mugabe and the Army and was the main figure in Sunday’s crucial negotiations, with the fallen leader still reportedly resisting. In fact, Mr Mugabe’s nephew Patrick Zhuwao, in exile in South Africa, has said the leader and his wife were “ready to die for what is correct” rather than step down.

However, the cards are stacked against Mr Mugabe, with even war veterans asking him to go, and judging from the popular mood encouraged by the Army, there is widespread anger over the country’s economic situation. How an independence leader has sunk so low is an object lesson in not knowing when to leave the political stage.

The question on everyone’s mind is whether the events in Zimbabwe are like the equivalent of an “Arab Spring” in Africa. The waves of change are indeed sending shockwaves across the continent. The Arab Spring has not been a success over the years, with the dramatic change in Egypt, for instance, leading to the Army chief donning the mantle of political leadership after one-year rule of the Muslim Brotherhood following the first free elections ever held in the country’s history.

The picture has not been encouraging elsewhere in the Arab world, nations reverting to the rule of strongmen. The only exception has been Tunisia, which has been keeping the spirit of Arab Spring alive by instituting a coalition arrangement, thanks largely to the moderation and wisdom of the main Islamic party.

In Africa, two candidates under siege are Yoveri Museveni of Uganda and the Democratic Republic of Congo’s Joseph Kabila. Both are facing calls to resign. As we have seen in the Arab world, getting rid of autocratic leaders is a long process. Change does not come easily.

Mr Mugabe’s time came because of the ambition of his young wife, a former secretary, who scandalised the country by engineering the ouster of his most important aide and natural successor Mrangagwe. Indeed, apart from sharing privation and sacrifice in the independence struggle, he was popularly known as the “crocodile” for his ruthlessness in achieving goals. Where his and the Army’s interests coincided was in averting a feared kleptocratic regime of Grace and her favourites, particularly among the young in the Zanu-PF ruling party.

How long will it take for the incipient African Spring to travel to the other parts of the continent? While the precise time is difficult to predict, the Zimbabwe events can be a lightning rod. Judging by the Arab Spring, the contagion can spread quickly even as political leaders get to build coalitions to frustrate popular wishes. For far too long, peoples across the continent have suffered rapacious and thieving rulers who have enriched themselves at the cost of their countries’ future.

While African thinkers are cogitating on how to avoid the pitfalls of the Arab Spring, vulnerable leaders will be resorting to circuses to distract people’s minds. The key to the change in Zimbabwe was the Army’s readiness to suppress a national calamity by the ambitions of a young wife to seize power, thanks to the besotted vision of an old man. The danger is of course that inevitably the Army has become a political player in achieving an objective that was popular.

If Zimbabwe has set an example, will the Army in other situations and other countries exercise similar restraint? Logically, the armies’ tendency is to believe that they can do a better job of governing than civilians. And in all probability, the Army will find it difficult to resist giving up power once it has brought about political change.

Examples elsewhere in the world are not encouraging. In India’s vicinity, we have the example of Myanmar where the Army, after long years of rule, enacted a titled constitution which gave it real power even as it held elections to give the regime an ostensible civilian façade. Pakistan long ago succumbed to Army rule, periodically clothed in a civilian dispensation.

What has changed by the dramatic developments in Zimbabwe is that the pace of change in the autocracies will quicken. It is as if the people of Africa have woken up from deep slumber and begun to see their destinies not being permanently tied to a dictatorial regime.

The fact that the process of succession was so blatant in Zimbabwe and the long-serving leader was being increasingly guided by a far younger scheming wife made the widespread revolt possible. Countries elsewhere on the continent will be guided by their own peculiarities that will determine the precise shape their revolts will take.