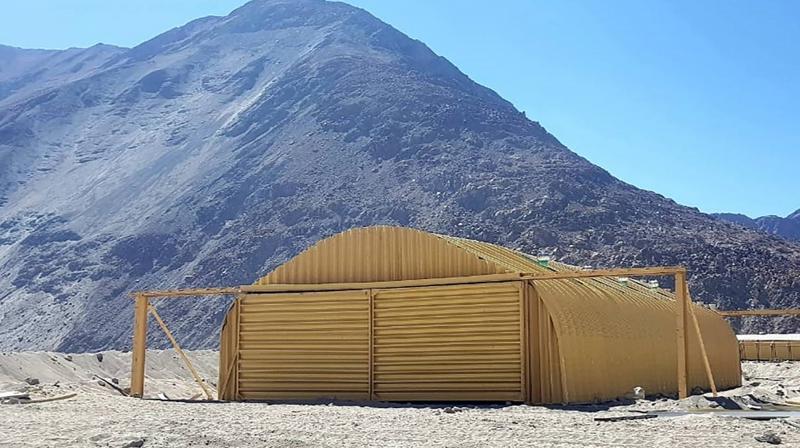 In June 2020 after the Galwan incident I responded to a television anchor’s question on how long the Ladakh standoff might last by saying: “Till at least the end of the campaigning season”. That in plain language meant the end of November 2020. My rationale was not too complex. First, China would not mobilise resources to coerce India and return without achieving any objectives a second time, the first being Doklam. These objectives and intent have been the subject of much debate without conclusion, a kind of Chinese chimera. Second, winter is a difficult period in Ladakh even on the Chinese side despite the flat open terrain. Whatever the Chinese would do, campaign style operations in such conditions may not be possible and they were not prepared. The Chinese would seek to withdraw or drawdown by December and await the next summer or the one after to pursue their objectives, which weren’t specific or cogent. Also, China would always wish to have some kind of agreement, knowing well that India as a rule-bound nation wouldn’t not contravene it. An agreement with “advantage China” written all over is what it would seek. It would bargain to retain the most of what it had progressively transgressed upon. Most of these assessments are coming true. Obviously, India will not agree to any of this and the standoff will probably continue through winter; yet this is against my reckoning but it’s too early to conclude a final stance. My understanding of China’s intent, oft-repeated, continues to be that it is India’s rising strategic confidence that worried China at the instance of Pakistan. The spate of strategic decisions regarding national security that India has taken in the last four years or so include the surgical strikes, the Balakot strike, Doklam standoff, the abrogation of Articles 370 and 35A, the publishing of new maps of J&K laying full claim to Gilgit Baltistan and Aksai Chin, and the long awaited creation of a Chief of Defence Staff in pursuit of eventual theatrisation. All this has perked up the adversaries to review their own security. The intent then was simply to puncture India’s confidence about dealing with dual threats, by limited coercion at selected friction points that would leave the PLA in a position of tactical advantage in the continental domain and keep India imbalanced in the development of its capability. The latter is skewed against the maritime domain, where China’s well recognised fragility lies.

What upset China’s  intent to a great extent and in fact virtually amounted to a strategic ambush was the Indian Army operation on the night of August 29-30, 2020 by which it progressively occupied seven tactical features on the Chhota Kailash range south of Pangong Tso in the Chushul Bowl; all the features are on own side of the Line of Actual Control and were never occupied all these years for various reasons. It left the situation with the theoretical potential of the PLA advancing on Daulat Beg Oldi (DBO) from Depsang, but without the support of a Pakistani offensive which could only be made through the Siachen area. The Indian Army’s Kailash Range operations upset everything for the PLA, with Indian domination over Moldo and Spanggur on the other side of the LAC which could balance any adventurism at Depsang by a foray towards Highway 219, the crucial road link to Kashgar which had triggered the entire issue of Aksai Chin between India and China over 60 years ago.

Now comes the floating, rumoured and unconfirmed information that the Chinese have proposed the PLA’s withdrawal from Fingers 4 to 8 and the creation of a buffer zone for patrolling, with no patrolling rights for India. In addition, it proposed mutual withdrawal of all artillery and armoured vehicles in the vicinity of the LAC to suitable depth areas and, most important, all this to be preceded by the Indian Army’s withdrawal from the Chushul Heights on Kailash range. Those in severe criticism of India’s willingness to engage in the corps commander-level talks are unhappy at receiving such tripe as proposals for disengagement. While I agree that the proposals are tripe, it is the talks which bear significance since in ground-based discussions over time it is not difficult to gauge the adversary’s intent. China’s Global Times has cleverly denied these proposals and turned the report around to a perceived psychological advantage, terming them the wishful thinking of Indian commanders who fear surviving the cold of eastern Ladakh. However, the airy proposals have triggered much-needed debate in the strategic community in India, for good measure.

A few plain facts need to be kept in mind when examining the current situation. The Kailash range deployment, which should have happened many years ago but for the low strategic confidence India possessed, has given us a strategic advantage which we never had all these years. While it must not become the reason for unnecessary bluster, it does give quiet optimism of holding important cards in an environment where everything always appeared to be packed against us. We need not be worried about Chinese adventurism to coerce us because whatever escalation China attempts to do can be responded in equal if not greater measure, albeit also with the risk of greater escalation, about which we need not be perturbed. There is a lot of talk by our strategists about lack of Indian aggressiveness in Depsang to push beyond the Y Junction to assert our right to patrolling to our claim line. This is absolutely unnecessary. Aggression must never come from a position of weakness because it will peter out even before it becomes effective. We did what we did at the Chushul Heights because we were “balanced in disposition” after having inducted reserves to Ladakh. This term, which is often taught and discussed in the Army’s schools of instruction, could not have seen better application. The basics of the Indian military leadership are clear, and it is the critics who need to revisit their basics.

With the advantage achieved by the Kailash Range decision India’s occupation of Chushul Heights is akin to deployment on the Saltoro Range in Siachen, such is the strategic advantage which it offers. Justifiably it should therefore be a greater strategic advantage which must accrue to us by any decision to vacate the heights. China’s Ladakh chimera must never view India as a pushover; not ever again. We have not seen the end of standoffs in this strategically crucial region.