Yogi’s tough stance on UP crime has pitfalls

It’s futile to blame Yogi Adityanath, Akhilesh Yadav and Mayawati for the uphill task that UP faces. 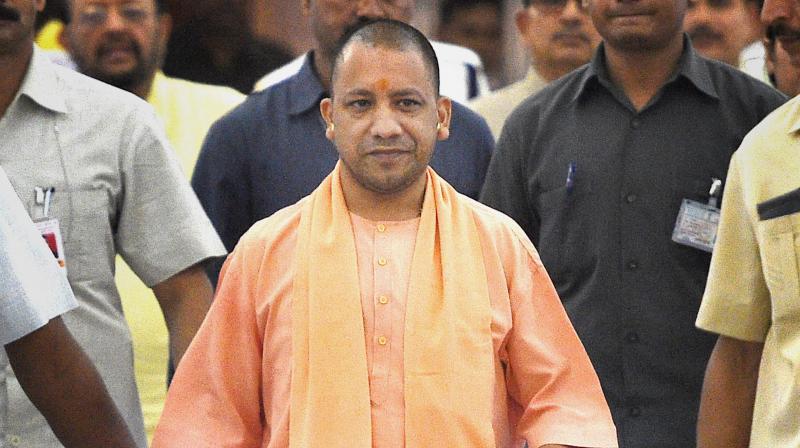 Taking on the criminals in Uttar Pradesh is the big challenge to any government in the state. Chief minister Yogi Adityanath has sent out the clear message that criminals and gangsters firing at policemen will face return fire. It’s a barely disguised message that criminals will be shot down if they dare to attack the police. The encounter killings in the state have been conspicuous. It might seem that this bit of tough talk and tough stance is necessary to put the fear of government in the hearts of lawbreakers, and no state needs this more than Uttar Pradesh. The BJP, which had won a massive majority in the Assembly elections of March 2017, has much to prove its credentials, and the chief minister is grappling with the challenge. It is an unenviable task.

There are, however, many pitfalls on the way, and it’s much more so for a law-and-order-loving right-wing political party like the BJP. The traditional right-wing view is that the only way to maintain the peace in the streets is to terrorise the criminals. The liberals are sure to wince, and it is easy to make fun of their tender-mindedness. But there is a real problem at hand. If the police is given the leeway to shoot down dreaded gangsters, it is most likely that the police will also go into overdrive of terrorising the people at large as well. And all governments keen to chase down the criminals say that the “terror” is only for the law-breakers, and not for law-abiding folk. But it’s an apology of an assurance because in a state where the police faces armed criminals, it is not geared to treat law-abiding citizens with respect and concern.

The other pressing problem is that the BJP government needs to show that it is not soft on the anti-social elements in pro-Hindutva organisations and that it is not targeting Muslim groups. With its image of an anti-minority, and particularly anti-Muslim tilt, the BJP government proves beyond reasonable doubt that it does not discriminate between groups of citizens. The sense of fair play and impartiality are important if the government wants to win the battle of turning the unruly state into a citizen-friendly one. The Kasganj affair, where there was an eruption of violence between Hindutva groups and Muslims, raises questions of concern. The chief minister has tried to give the impression that he is dealing with the situation even-handedly, and he has even said that it is not a communal flareup as ordinarily understood, and that it is a matter of breakdown of law. It is situations like those in Kasganj that will test the credibility of the Yogi Adityanath government.

It is also the case that Uttar Pradesh, along with Bihar, has been a problem state because of its social and economic backwardness. Crime and violence is embedded in the backwardness of these states. Political leaders from different parties have all been trying unsuccessfully to fight this negative image of Uttar Pradesh as a lawless state because all of them had refused to accept that there is indeed a problem on hand, and that it has also to do with the state of the economy. The counter-argument is that an agriculturally rich state — and it is a fact that it is a fertile state and its farm output is impressive — proves that Uttar Pradesh is not the backward state it is shown to be.

The earlier governments of the Samajwadi Party and Bahujan Samaj Party have each set out to industrialise and modernise the state, and the BJP is pressing forward on the same track. The Uttar Pradesh investors’ summit in Lucknow this week is a fresh attempt to take the state forward in terms of industry and technology. The sales pitch to project Uttar Pradesh as an attractive investment destination through innumerable incentives is the right step, but it may not be sufficient. The ease of doing business in places like Uttar Pradesh is not confined to getting government clearances on the fast track. It will also have much to do with the social atmosphere, where people are friendly towards technology and investors. This can come about only through improved and increased educational levels of the general population.

The economic transformation of Uttar Pradesh is more a social rather than an economic challenge. You cannot keep out sections of society like dalits and Muslims out of the development process, and the dominant intermediate castes cannot corner the advantages of industrial development. The Hindutva elements as well as the dominant castes in the state must acknowledge that progress is possible only when everyone gets a share of the development. This change in attitude is not as easy as bringing out changes in the rulebook for setting up enterprises. The three major parties in the state — BJP, SP and BSP — simply cannot hope to change Uttar Pradesh through administrative fiat.

Chief minister Yogi Adityanath is anxious to provide his credentials of good governance despite critics carping that he is a representative of divisive Hindutva politics. The chief minister might partially succeed in creating an image of an orderly society where criminals are not roaming about with abandon as they have done in the past, but that might turn out to be unstable. His pragmatism might trump the rigidity of his Hindutva politics temporarily. But it will turn out to be an elusive task because the people of Uttar Pradesh do not appear to be ready to embrace economic and social change in a big way. It is necessary to control crime in Uttar Pradesh, but this itself is not enough to turn the state into a happening place. It’s futile to blame Yogi Adityanath, Akhilesh Yadav and Mayawati for the uphill task that Uttar Pradesh faces. It is not just beyond the capabilities of the political leaders, but it is beyond their ken as well.

AA Edit | Let Opp. use Parliament as debate platform, not stall it

Patralekha Chatterjee | Drug regulators in India must do better oversight