Opinion   Columnists  21 Apr 2020  Aakar Patel: It won't be back to normal on May 4; it will be a different world
Opinion, Columnists

Aakar Patel: It won't be back to normal on May 4; it will be a different world

How many parents will take a chance with the lives of their children by sending them to school on May 4? 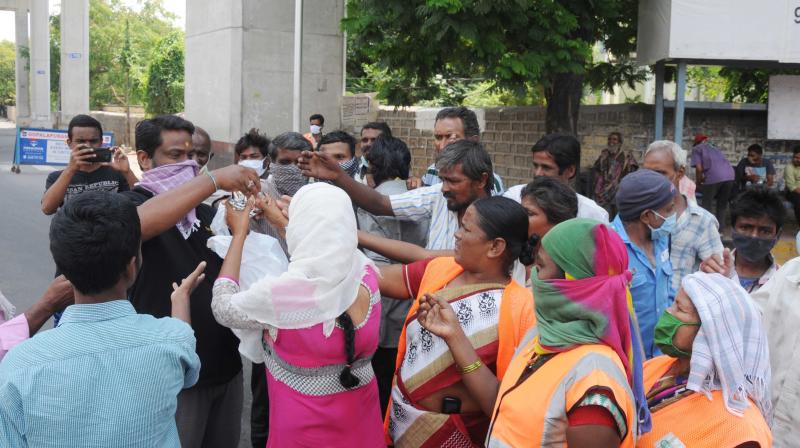 The lockdown in India is due to end on May 3 but things will not be the same on May 4 or in the days ahead. Schools are scheduled to reopen in June but parents will not send their children, so it’s unclear what happens to the school year or schooling in general. We are not a country equipped for virtual classrooms, and there is something about playing together and mingling that is an essential part of the school experience.

Denmark opened its schools last week, with children seated on desks six feet apart. This is not possible in most schools in India, which are basic rooms often without even seating arrangements. Danish children were told not to play, but without supervision will that be possible? Children are children and the presence of others will trigger excitement and desire to engage.

How many parents will take a chance with the lives of their children, given the absence of any guarantee that the child will not be infected while in school? I don’t think that number will be insubstantial. And what happens when, as is likely and perhaps inevitable, one child is infected? Does the school again shut down, or just carry on, hoping for the best? There are no real answers to these problems. We can only try and see what to do and how to best bring about normality. The Danish government is brave to try and do something pioneering.

Workplaces also will be different when people go back. The policies of companies are generally managed by human resources departments. Their usual work is to see to salaries, promotions and increments, disputes at the workplace, sexual harassment cases and recruitment. They have no experience in handling the sort of things that will be required to be looked at from May. For example, should employees be made to travel on work? Can company drivers be allowed and who carries the liability if the driver is infected or the employee being driven?

Workplaces themselves will need to be reconfigured in ways that most do not have the capacity to do. Shop floors and assembly lines have evolved over decades to ensure maximum efficiency, not to prevent transmission of contagion. How will they resume work while ensuring some safety for workers?

These again are difficult questions that have no answers because nobody has had to answer them ever. There is no uniformity in workplaces and offices, and so each company and each organisation much frame its own rules and regulations, which many don’t have the capacity to do. Real expertise in legal liability, in safety and in disease prevention is needed. HR departments have no experience in this, nor do any others.

Writer Salman Rushdie once described India as a mob. Even if this was said in humour, it is true to a large extent. Very large gatherings define our lives from religious spaces to political rallies to even the everyday bazaar. What happens to these on May 4, and what happens to us as a society when we suddenly are shut off from the ways in which we have lived our lives? There are so many questions that come to mind. And much speculation. In the world’s most unequal society, will this disease introduce more equality or less?

Naturally, the rich will have better access to healthcare, but that’s always the case. What may now change is that the poor will demand they not be sacrificed and that their lives be respected in the same way as of the rich. It should be accepted that the poor were sacrificed by this country when it accepted the lockdown, with millions stranded without money, work or even food.
It’s not going to be easy for the government to continually sacrifice them without resistance, and that’s what I mean when I say that perhaps there is the chance that it will bring some element of equality. The longer the plague continues without a cure, the more pressure will be on individuals, systems and nations to change and adapt.

The last thing about change here is the pace at which it is happening. The most evolutionary thing this generation has seen is perhaps the Internet and mobile telephony, but that came over two decades. This change is being enforced on all of in a matter of days.

Because of this, the changes will be hard and will be visible. The levels of tolerance that our culture has to indiscipline will probably change. When one individual endangers the lives of others with irresponsibility, people will not hesitate from forcing behavioural change. This is not the same thing as spitting in public or misbehaving in traffic.

Each of us is now responsible for others. That is the biggest change that is being forced on us. One hopes it’s for the better that this disaster alters our reality from the morning of May 4.

Mohan Guruswamy | India’s culture & how it evolved… Yoga is exercise, it’s not Hinduism

Dilip Cherian | EC & UP: All 3 commissioners from state; Arora yet to find a role