Anoushka Jha
The writer can be reached at jhaanoushka09@gmail.com 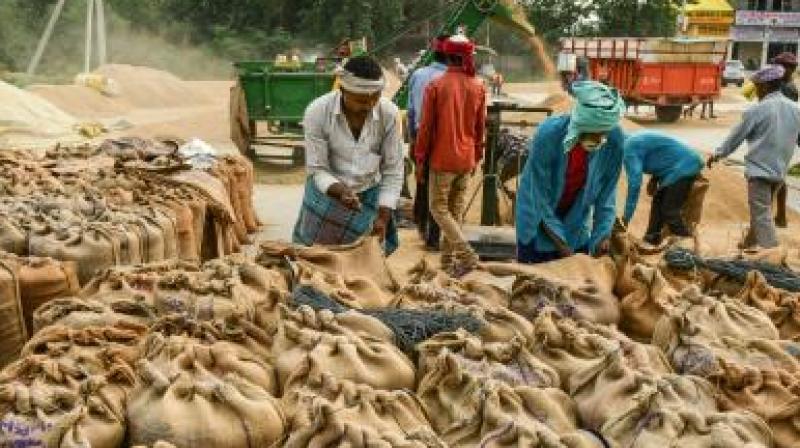 Food security is the measure of availability of food and people’s ability to access it. As a corollary, food insecurity is marked by disruptions in food intake or eating patterns because of lack of money and other resources, either on a long-term or short-term basis. Food insecurity is a major growing concern in India with its large percentage of poor people.

A variety of factors can impact food security. These include income, jobs, religion, caste and physical or mental handicap. When money to buy food is scarce, or unavailable, the risk of food insecurity is high. Unemployment also has a detrimental impact on a household’s food security. High unemployment rates among low-income communities make meeting basic food needs of a family all the more challenging.

Prevalence of Moderate and Severe Food Insecurity (PMSFI) estimates show there were about 43 crore people in India suffering from moderate to severe food insecurity in 2019.

Men, on an average, are less food insecure, partly because in most rural areas it is they who earn money for the household rather than women.

The dire consequences with regard to food security during the pandemic was best witnessed when over 100 million migrant labourers had to trek hundreds of miles on empty stomachs. No one could have predicted such a scenario.

Nevertheless, the production of foodgrains does not appear to have been hit. The country had sufficient reserves of food grains (58.4 million tons) and pulses (three million tons) on March 1, 2020. This, however, could not be said for fruits and vegetables, eggs, meat, milk and sugar, which account for 78 per cent of total food consumption.

Supply chain disruptions and a drop in demand have resulted in a massive loss of productivity and money for farmers, merchants and consumers.

Agriculture has undoubtedly demonstrated greater resilience than other sectors of the economy. Winter harvests have been collected successfully by the country’s farmers. Despite difficulties in timely deliveries of inputs at acceptable costs, planting of summer crops has gone off satisfactorily.

While the cost of wholesale food supplies decreased for a while, retail customers have seen price increases as a result of interruptions in food supply networks (FSCs). The stability of food availability and access will be determined by how quickly the infection is contained in order to enable free movement of products and people in order to rebuild food supply systems.

Currently, the National Food Security Act (NFSA) provides free and subsidised rations to 67 per cent of the population. The figure has just been raised to 800 million individuals.

Unaffordable retail pricing for non-grain food items, along with a reduction in purchasing power, drove the average person to focus on calories rather than nutritional energy.

During the early lockdowns in 2020, a huge number of Indians returned to their native villages from metropolitan areas in order to evade lockdowns and find work. This exodus from cities has had two negative consequences.

An enormous influx of people in many rural communities, along with concomitant rise in demand for labour, led to a fall in salaries. As a result, the money obtained from working in agriculture impacted the viability of employment in these locations.

Yet various villages, on the other hand, had an opposite difficulty. With vast numbers of people trapped in urban areas, a major section of the migrant worker population which normally travels to rural regions for employment during the harvest season were unable to do so. Many farmers were left without labourers to produce or transport commodities.

According to Save the Children India, the epidemic has already undone much of India’s gains in reducing poverty. Children are increasingly being compelled to drop out of school and enter the labour market. In the long run, this leads to a drop in educational attainment and an increase in the problems associated with low educational attainment, such as child exploitation.

Food insecurity affects about 820 million people worldwide, and no region is immune. Because food insecurity is a worldwide issue, governments and international organisations have used every available tool to combat it.

The United Nations established 17 Sustainable Development Goals to be met by 2030. Here are a few potential solutions to the problem of food insecurity. Food wastages can be eliminated by addressing insufficient storage spaces. Many farmers are unable to get their goods to market due to inadequate infrastructure. The produce rots rather than be distributed to people in need.

Concentrating on a single food crop or staple can also have disastrous consequences. In order to promote food security, teaching the necessity of cultivating diverse and balanced diets for improved nutrition is required. With more food types and better-informed populaces, there will be enough staple foods available in markets.