Apparently, neither Mr Gandhi nor the Congress high command really liked the idea of a state leader who was on his own 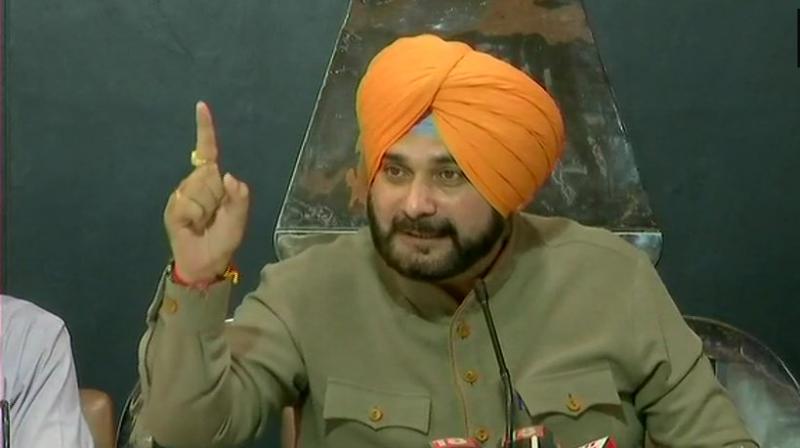 In 2017, Capt. Amarinder Singh made it clear to Congress leader Rahul Gandhi that he should not meddle in the choice of party candidates, and he should be allowed a free hand. He won the election, and he has been his own man to a great extent. He was not confronting the party high command, but he wanted to manage things on his own. Apparently, neither Mr Gandhi nor the Congress high command really liked the idea of a state leader who was on his own. This is not a new problem in the party. In 2004, the late Y.S. Rajasekhar Reddy faced the same situation. There was a point when Reddy told the election committee that if he was not allowed to choose the candidates, he would rather leave the meeting. He had his way, and he won the Assembly election in 2004 and again in 2009.

This time, the high command doesn’t seem to want to grant any political autonomy to Capt. Singh. The question is why Navjot Singh Sidhu, who is a relative newbie in the party?

The choice is simple. The party needed a Sikh face, and it couldn’t be any run-of-the-mill Sikh politician from the state.

The irony shouldn’t be ignored that there cannot be a non-Sikh chief ministerial candidate in Punjab. The Congress knows it, and so does the BJP in Punjab. Mr Sidhu has proved to energetic and noisy. Being noisy is seen as a sign of energy. He had also won the Amritsar seat as a BJP candidate, and of course the Akali Dal had supported him. But the Akali support did not matter when the BJP fielded Arun Jaitley from Amritsar in the 2014 Lok Sabha polls. The Congress fielded Amarinder Singh against Jaitley, and the Captain Sahab won. The Congress has come to believe that Mr Sidhu is a winner, but he should be seen as the Congress’ wild card in the Assembly election early next year. On the face of it, the choice of Mr Sidhu seems to appear suicidal for a party that has lost a majority of state Assembly elections, and it has been reduced to a humiliating minority in the successive Lok Sabha elections of 2014 and 2019. Yet it seems to be throwing away the wicket, as it were, in Punjab. It does look like a gamble, and rather a desperate one at that.

The cautious option would have been to stick with the winner, that is the incumbent chief minister. But the Congress apparently is willing to take the risk, and see whether Mr Sidhu, the Jat Sikh face of the party from a relatively younger generation -- he is 57 to Amarinder Singh’s 79 -- and who could be a leader for the next decade. But Mr Sidhu’s handicaps are there for all to see. He has not been in a leadership position, and thus it is not certain whether he can handle the faction-ridden Punjab Congress. Does he have the leadership skills to keep the flock together? Mr Sidhu has shown himself to be temperamental, excitable, and not the one to cool tempers and win over rivals. His tiff with the chief minister showed that he is volatile and immature. He has the enthusiasm and positive energy of a sportsperson, but he does not have the maturity of a politician who can deal with a crisis, especially an internal crisis given a party like the Congress. And, most important, it is not clear whether he is an acceptable face across the state.

So far, Mr Sidhu has not taken up any substantive issues, either in his fight with Capt. Amarinder Singh, nor as an aspiring leader. He seems to be content with the fact of his Jat Sikh identity as an enabling factor in the leadership stakes in the state and in the party. It might be the case that he is a formidable Jat Sikh in the Congress, but he may not carry the day in the state. The fact that he tried to play a few acts of sacrilege in some gurdwaras in the state showed that he may be willing to play the explosive religion card.

A leader with a sense of responsibility would not go that way. There is an inherent idealism in Mr Sidhu, even if it is naïve. It could be that his idealism can be traced to the fact that he is a sportsperson. But he will have to temper his idealism to deal with the reality of politics. Whether he can do it remains an untested factor.

The Nehru-Gandhi parivar and their retainers in the party have been roundly criticised for their choice of Mr Sidhu. It has been inferred that this was merely a bid to checkmate an assertive Amarinder Singh. It has been argued it is another blunder on the part of the family, which has taken the fortunes of the party southwards. Criticising the family and the coterie around it would not be of much help unless others in the party also speak out. If the Punjab Congress leaders feel that Mr Sidhu is the wrong choice, then they should speak out now. There is no point in grumbling silently under one’s breath and blame Mr Sidhu only after the election is lost.

There is little doubt that Mr Sidhu is not acceptable to all sections of the Congress in the state. He will have to work hard to win over the party he has been asked to lead. The Congress is a divided house in Punjab, with Capt. Amarinder Singh on one side, and Mr Sidhu on the other. The rest of the party will move from one side to another and then back again.

For now, Mr Sidhu promises to carry out the commands of the central leadership and seems to have no plans or ideas of his own. It may please the family members and others that Mr Sidhu is their man on the ground. But it will be of little solace if the Congress is not able to hold its ground in the state. It would be unwise to write off the Shiromani Akali Dal until it is defeated in the polls. Mr Sidhu’s real weak spot is that he has not indicated that as a Congress leader he knows how to take on the Akali Dal in Punjab.