V Sudarshan | Democrats’ Joe Biden: The man in the muddle

Given America’s continued stakes in Pakistan and Afghanistan, the next president’s approach to issues will be tempered by many factors 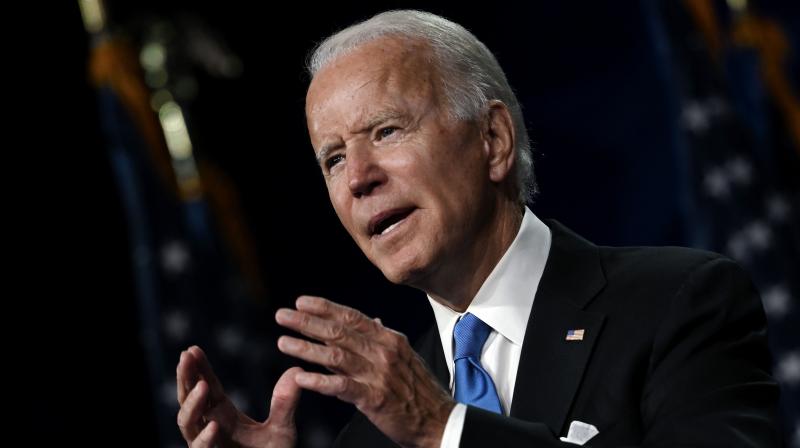 Much has been made of America’s Democratic presidential candidate Joe Biden’s remarks at a diaspora event three days ago that he is “standing with India in confronting the threats it faces in its own region and along its borders”.

This is what the Democratic Party’s 2016 platform, where there was precisely one sentence to do with India, said: “We will continue to invest in a long-term strategic partnership with India -- the world’s largest democracy, a nation of great diversity, and an important Pacific power.”

If you were hoping for a significant advance on this, here is the single sentence that embraces India in the 2020 draft: “And we will continue to invest in our strategic partnership with India -- the world’s largest democracy, a nation of great diversity, and a growing Asia-Pacific power.” Note carefully the highlighting of the geographical preciseness.

“Strategic partnership” is one of those overblown phrases that the more it is thrown about, indicate a situation that is often inversely proportional to the reality it purports to convey.

It is unclear, for instance, exactly how many times India and the United States have met for a strategic dialogue ever since the US-India strategic and commercial dialogue was kicked off with much fanfare in 2015. Maybe once? Twice?

Yet Joe Biden’s supportive statement comes as New Delhi faces, as Prime Minister Narendra Modi pointed out in his Independence Day speech, that there is a simultaneous situation both on the Line of Control as well as the Line of Actual Control. Unfortunately, both are joined at the hip with the erstwhile state of Jammu and Kashmir.

Irrespective of whether the LAC situation is the result of poor “chowkidari” or substantial vigilance, it is a two-in-one situation that is going to provide the strategic overhang as New Delhi manoeuvres itself out of its nonplussed state.

Though both Joe Biden and Donald Trump have spoken warmly of their support for India vis-à-vis China and Pakistan, there are practical limits to how much Washington can or will swing its weight exclusively behind India and in what manner.

Its record remains patchy irrespective of the politics of the occupant of the White House, even on core Indian interests such as effective prevention of terrorism in any form emanating from Pakistan.

Given America’s continued stakes in the stability of Pakistan and Afghanistan, the next US President’s approach to regional issues will be tempered by many factors, considering that all three major players -- India, China, and Pakistan -- operate under the nuclear umbrella.

The situation is unique and unparalleled, with Chinese troops sitting in presumptive Indian territory, and the United States having little or no leverage over China to moderate its strategic goals.

Some previous instances blow like straws in the wind. Whether it was our response to the attack on our Parliament in 2001, the 1999 Kargil intrusions, the July 2018 response to the attack on the Army camp at Uri or the February 2019 Balakot airstrike after a car bomb killed around 40 paramilitary jawans in Pulwama, the American emphasis has been strictly to hasten de-escalation.

The situation has not been helped with our leaders using phrases like “qatal ki raat” -- or a night of slaughter, for those requiring translation -- to describe a putative rain of missiles on Pakistan, which Prime Minister Modi did after Balakot. Nor such boasts as “Pakistan ke paas nuclear button hai. To hamare paas kya hai be? Yeh diwali ke liye rakhe hai kya?” Again, this was the Prime Minister.

Remarks of this kind make the threat of the use of nuclear weapons more likely, not less likely, and reactions unpredictable.

American war gamers at the Pentagon and at their various war colleges are certain to be busier now than ever before with more hitherto improbable scenarios. And consequently, much more worried.

Any analysis of America’s coming to New Delhi’s aid vis-à-vis China should thus start with the Indian government’s spurning any offer at mediation, which US President Donald Trump continues to hold out at the drop of a hat.

It is another matter that Mr Trump thinks that he has enough leverage with China to knock some sense into it, even as he pivots his country’s relationship with China into free fall.

It is worth pointing out that if the US turned tail from Afghanistan after years of trying to fix it, it is largely because it was unable to prevail effectively over Pakistan even where its core national interests are concerned.

How wise would it then be to trust the US to intervene effectively in our interest? Indian policymakers know this is only a chimera which only strengthens instincts and conditions for mediation. In the end, our self-interest trumps all other interests.

Even when we mobilised our entire armed forces during Operation Parakram, in January 2002, neither were the Pakistanis frightened nor did the Americans yield to faux brinkmanship, which ultimately with Americans controlling the sea lanes and air over Pakistan, was plain silly and had very bad outcomes for hundreds of our soldiers and others who died collaterally due to the rigours of mobilisation. Are we still so short of policy options?

All that the LAC situation gives the Americans is the wherewithal to sell us more and fancier, not to mention urgently required, military hardware and software to prepare us to better defend ourselves under the rubric of “deeper strategic ties”, while we still continue to battle the Chinese at the LAC with stones and clubs for fear of escalation.

How this can be done openly with all the talk of “atma nirbharta” going on, is worth pondering over. Whether all this will effectively improve chowkidari also remains a matter of inspired speculation at best.

Curiously, the Prime Minister felt it pertinent to point out in his Independence Day speech that as many as 184 out of the 192 countries in the United Nations backed India for the rotating non-permanent Security Council seat. That is neither here nor there.

How many more countries’ support do we need to throw the last Chinese PLA soldier out of our territory and keep them permanently out? Or in other words, if only the USS Nimitz could be brandished more effectively, say… in the Himalayas?