Anita Katyal | Can Sushmita swing it for TMC? Who heeds Dhami? 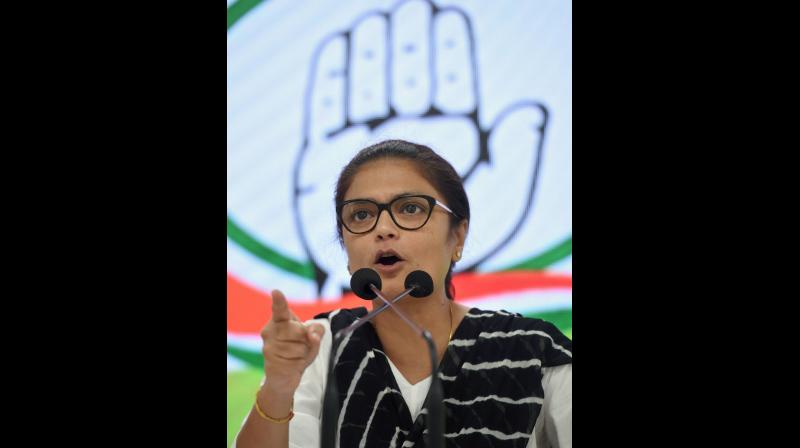 Sushmita is hoping to exploit her father’s association with the state to help establish the Trinamul Congress in Tripura. (PTI)

It is no coincidence that the Congress gave charge of Tripura affairs to Ajoy Kumar a day after Sushmita Dev left the party and joined the Trinamool Congress. Both Kumar and Sushmita are known to be close to Tripura’s royal scion and former state Congress president Pradyot Kishore Debbarma, who is expected to play kingmaker in the 2023 assembly polls. Sushmita’s first task in her new party is to help the Trinamul Congress expand its footprint beyond West Bengal to this northeastern state. The Trinamul is apparently depending on Sushmita’s proximity to Mr Debbarma to forge an alliance with his political party — the Tiprasa Indigenous Progressive Regional Alliance — which surprised everyone by beating established political rivals in the Tribal Areas Autonomous District Council elections earlier this year. Similarly, the Congress is banking on Ajoy Kumar’s friendship with Mr Debbarma to persuade him to do business with his old party. However, Sushmita has an edge over Ajoy Kumar. Besides her friendly ties with Mr Debbarma, she can also boast of a connection to the state as her late father, the veteran Congress leader Santosh Mohan Dev, contested and won two Lok Sabha elections from the Tripura West constituency. Sushmita is hoping to exploit her father’s association with the state to help establish the Trinamul Congress in Tripura.

For the past five years, the World Federation of United Nations Associations, comprising civil society organisations accredited to the international body, hosts regular dialogues with the presidents of the Security Council. While the UN Security Council presidents elaborate on their priorities and programmes, the participating civil society representatives across the globe send in their questions on issues related to the council’s work. T.S. Tirumurti, India’s permanent representative to the UN and also currently the president of the UN Security Council, was to participate in one such programme this month. However, the dialogue was called off abruptly. The organisers did not give any specific reason but only said the dialogue was cancelled “owing to differing viewpoints on the prospective event’s modalities”. UN circles are abuzz that the event was called off because India wanted to control the narrative and was not happy with the questions sent in by the members which included subjects like the problems facing civil society groups and the detention of human rights activists in India.

Former Madhya Pradesh chief ministers Digvijaya Singh and Kamal Nath were on the best of terms till a year ago. In fact, Mr Singh played a pivotal role in Mr Nath’s appointment as chief minister when the Congress won a marginal victory in the 2018 Assembly election. From all accounts, the two “old friends” are no longer on the same page. And the root cause for their differences is “putra moh”. Both want to further the careers of their respective sons which has led to tensions between them. Nath’s son Nakul is a Lok Sabha MP from Chhindwara, his father’s old constituency while Singh’s son, Jaivardhan Singh, is an MLA and was a minister in the Kamal Nath’s government. Now that the Congress is occupying the opposition benches, Digvijaya Singh is spending more time in the state helping his son lead the charge against the Shivraj Singh Chouhan government. Kamal Nath is obviously not happy that Singh’s son is emerging as the party’s future face in the state while his son is lagging behind.

The next Tamil Nadu Assembly election may not be round the corner but V.K. Sasikala, close confidante and companion of former chief minister J. Jayalalithaa, is clearly preparing to return to active politics. She has been busy giving interviews to all local television channels, making sure that she does not fade away and become a distant memory. In her interviews, she is at pains to underline her proximity to Jayalalitha who, she says, consulted her on all matters, including political affairs. Sasikala also maintains that even when she left Jayalalithaa’s household for a brief period over some differences, they remained in touch with each other. Political observers in Tamil Nadu believe Sasikala could be feeling emboldened following a possible assurance from the BJP that it is no longer opposed to her return to active politics though the party did play a role in keeping her out of the last Assembly election.

The BJP appears to be particularly unlucky with its chief ministers in Uttarakhand. The hill state has seen a parade of three CMs in the last five months. The whole purpose of this exercise was to secure the BJP’s prospects in next year’s assembly elections. It was for this reason that Pushkar Singh Dhami was sworn in as chief minister in July, replacing Tirath Singh Rawat who, in turn, replaced Trivendra Singh Rawat. But the BJP’s calculations may still go awry. Apparently, Mr Dhami has failed to make any impact either with the public or with his party colleagues. Mr Dhami’s age (he is 45 years old), thought to be an asset, is proving to be a handicap as no one takes him seriously.