Ranjona Banerji
The writer is a senior journalist who writes on media affairs, politics and social trends. 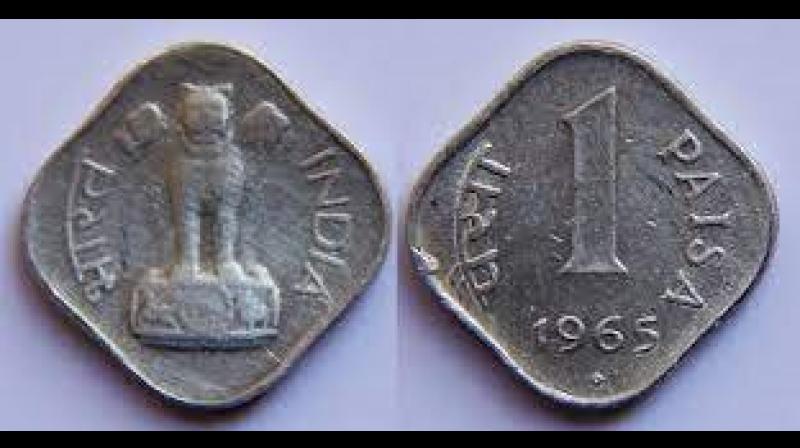 We used to call ‘paisa’ ‘naya paisa’ at the time, because the decimal system had replaced the old one of 16 annas in a rupee in 1957. (DC Image)

Growing up, grandparents would regale us with stories of how everything cost less than an anna in the olden days and salaries were one rupee and so on. God knows, we didn’t really believe them because we could not fully comprehend what they were saying, but it was fun to listen to. We used to call “paisa” “naya paisa” at the time, because the decimal system had replaced the old one of 16 annas in a rupee in 1957. But the “naya” or “new” stuck on into the 1970s. The old coins of 50 paisa and 25 paisa were called “aath (eight) anna” and “char (four) anna”. For some reason, I chose “char anna” as my nickname when I was two. Several annas have flowed down the Ganges since then. The nickname gone. The “naya” gradually fell out of use, taking longer than when it was officially dropped. And paisas are not very often seen or used. Money of course has increased manifold in what paisas can no longer buy.

A Twitter conversation on pocket money got me thinking. It can be a contentious issue, because everything about pocket money depends on your social position and earning ability. In the late 1960s, at my school canteen you could buy a Coca Cola for 50 paisa. That was long before George Fernandes kicked Coke out of India.

But far more precious than that was the “jeera goli” you could buy for 3 paisa, in tiny packets. I’m finding to hard to describe jeera goli. Little round balls of spice and sour, that you could slowly eke out in your mouth. The best place to get them, for me anyway, was a tiny shop outside the gates of INS Hamla, in Marve. The shop did not cater to me, it was for the Indian Navy’s training facility I think. But to a six-year-old, it might has well have been mine! Every visit to Bombay’s Marve beach meant a mandatory stop for me to hop out and buy my jeera goli. I cannot remember how much pocket money I got, if any at all, but three paisa went a long way. And if I got six paisa for a little splurge, that was heaven for my younger sister and me.

A few years later, in the early 1970s, it was ₹10 a month. Tied to this were certain chores — keeping my Father’s shoes polished was one. It is hard to explain the 1970s to middle class people today. We were in a high socialist phase. Everything foreign was bad. Nationalisation and Indian-made were the big thing. Whether it was Indira Gandhi and the Congress in charge or the great Janata Experiment. Ha ha, on second thoughts, maybe you might understand. “Foreign” things were rare. Books were available though and so was music, to some extent. Movies arrived a few years after international release. Shops didn’t have the sort of things you see today. Readymade clothes barely existed.

But since we didn’t know any better, what did we care? You played made-up and dressing up games with your friends. You could do jigsaw puzzles with the family. You could borrow books and comics from the local library. I read the whole of the Hardy Boys series in one week during a hot Bombay summer holiday. All gone whoosh out of my head now. We spent long afternoons as my Mother had her must-have nap, making paper dolls and then clothes for the paper dolls, with tabs and all.

I am ashamed of one scheme though. We, the building children, decided we must do something to collect money for the less fortunate. Ages between 8 and 12, early 1970s. We went from door to door asking for collections. Everyone gave us food instead of money. Shamefully, we ate up all the food because we reasoned to ourselves that we did not know how to distribute it. Later, we put on a play which our parents had to buy tickets to see and that money we did give to a charity. Small absolution for that original sin.

In Calcutta which in every way a more reasonably-priced city than Bombay, outside our school gates, you could get eight puchkas for 50 paisa. And that is far more value for money than that Coke for the same price 10 years earlier!

Many years later, in the post-liberalisation 1990s, I recall friends discussing the correct amount of pocket money for their children, and how difficult it was for them as parents to “compete”. Rich friends gave their children 1000s in pocket money, with almost no restraints. Fancy Mumbai restaurants would be full of 13-year-olds having birthday parties armed with a credit card and no guardian. Sometime in the late 1980s, a massive wedding held at Mumbai’s Wankhede Stadium, caparisoned elephants and all, which shocked the city of dreams not short on showmanship, with its vulgarity. Today such weddings are par for the course across India.

I have only heard this story so it may be exaggerated, but a top corporate honcho in the 1990s was apparently very sad that she was being unfair to her adolescent son for giving him only ₹15000 as pocket money. That was more than my monthly salary at the time. How would the poor boy cope? I feel for him. I can only hope that he somehow miraculously learnt to earn his own money instead of living off Mummy and Daddy. What do today’s middle class parents do, as more and more children refuse to leave home because of high rentals and worse, the pandemic.

But come now. Enough with the morose. And why be judgmental. That world is gone. Paisas are gone, from naya they are now “purana”. As indeed am I.