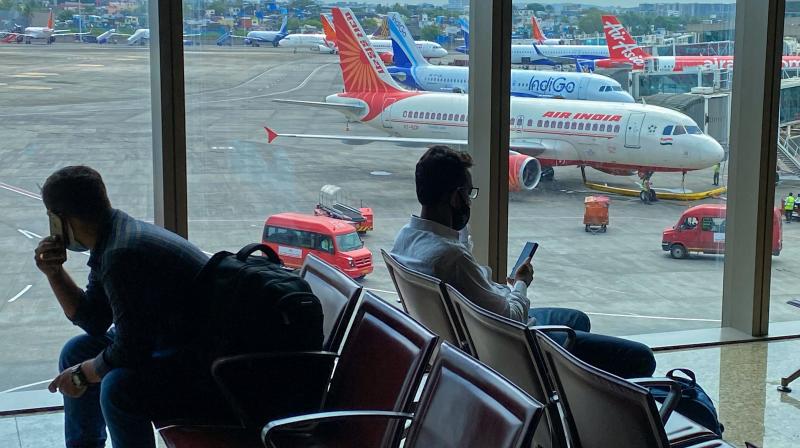 The Air India sale is finally done with, fittingly, the Tatas back in the cockpit. (Photo: AFP/File)

The Air India sale is finally done with, fittingly, the Tatas back in the cockpit. But there is no rest for Tuhin Kant Pandey, secretary of the department of investment and public asset management (DIPAM). Already, he and his department colleagues are looking ahead at their next disinvestment targets. Sources say that the government has now turned its attention to BPCL in the current financial year. Much is also riding on the plan to float an IPO for the Life Insurance Corporation, by the last quarter of the current year. It is likely to be the biggest IPO in the Indian stock market.

The protracted but ultimately successful Air India sale has recharged the government’s resolve to expedite its disinvestment efforts. It has sent out a clear message that the Centre has the political will to restart the stalled reforms process, of which disinvestment of non-performing public sector companies and financial institutions is a major component.

Mr Pandey and his colleagues in various concerned ministries have been set an unenviable target to achieve — Rs 1.75 lakh crores for the 2021-22 fiscal. But the Air India sale has given a second wind to the government and new energy to the babus to continue their efforts.

Sanjeev Sanyal tipped as next CEA

Barely weeks ahead of the Economic Survey and the Union Budget in January, the chief economic adviser (CEA) Krishnamurthy Subramanian will move back to academia after his three-year tenure ends in December.

His predecessor Arvind Subramanian had also stepped down, though before the end of his term, in December 2018 citing pressing family commitments and returned to his academic world. Earlier, former Reserve Bank of India (RBI) governor Raghuram Rajan had quit after his very publicised differences with the Centre over policy and returned to teaching.

Clearly, academics still offers a quiet refuge from the hurly-burly of policymaking and politics. Before joining the government, Mr Subramanian taught at the Centre for Analytical Finance at the Indian School of Business in Hyderabad and is noted for his specialisation in banking and economic policy. But among his other contributions to policymaking at the finance ministry, he will be remembered for coining the phrase “Thalinomics” in the last economic survey he presided over — the equivalent to the Big Mac Index — to explain the economics of a plate of food in India. It is also learnt that for now, Mr Subramanian has no plans, as of now, to write a book about his time at the finance ministry, unlike his immediate predecessor!

The Centre has reportedly started the process of identifying Mr Subramanian’s successor and the buzz is that his deputy, principal economic adviser Sanjeev Sanyal, will now supervise the drafting of the 2021-22 Economic Survey and is a likely frontrunner to take over as the next CEA. Watch this space for updates.

This column had reported earlier (August 19) that Shah Faesal, the IAS officer from Jammu & Kashmir who resigned in 2019 in protest against the Centre’s policies towards the region, was looking to rejoin the civil service. Now the buzz in babu corridors is that Mr Faesal may be inducted as an advisor to J&K lieutenant governor Manoj Sinha in place of Baseer Khan who was recently relieved of his charge.

He had resigned citing personal reasons which had created a stir. Subsequently, Mr Faesal who had formed the short-lived Jammu and Kashmir People’s Movement was detained at the Delhi airport, a day before Parliament revoked Jammu & Kashmir’s special status. Apparently, the buzz about Mr Faesal’s possible appointment as advisor to Mr Sinha is also being fuelled by a flood of praise from him in recent times of Prime Minister Narendra Modi and home minister Amit Shah on social media. That alone may not work, or will it? Your guess is as good as mine