What we were handed out was a school master’s lesson in model behaviour. The PM could easily have emailed it. 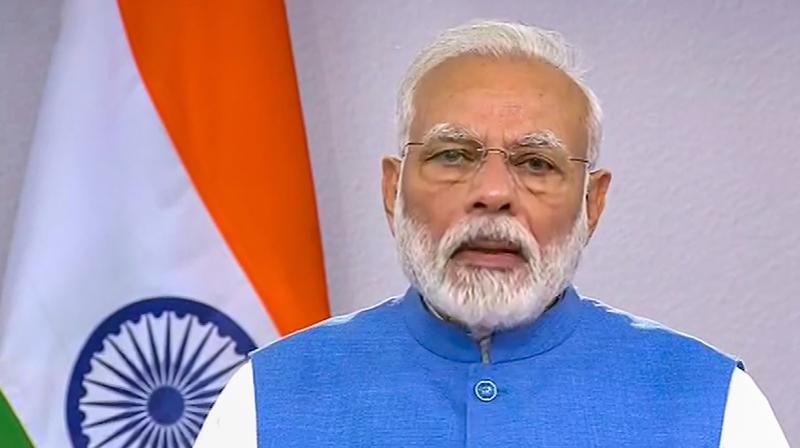 Prime minister Narendra Modi making his address to the nation.

It would be interesting to note how many nagriks respond to the 5 pm siren on Sunday, and rush to their windows or balconies to clap, ring ghantis, beat drums as per our beloved Prime Minister’s instructions. The announcement of Narendra Modi’s address to the nation at 8 pm on Thursday, had sent shivers down countless spines – even those not infected by the dreaded Covid-19 felt feverish with anxiety and got the worst chills, to say nothing of the headaches the scheduled telecast generated, leading to the swallowing of multiple paracetamols every two hours. The nation was prepared for just about anything and the ‘E-word’ (Emergency) was thrown around recklessly across social media platforms, with authoritative, time-lines provided as to what exactly citizens could expect in the next few months. I confess, initially, I too fell prey to all the conjectures out there, so many of them being circulated by media colleagues. ‘I told you so’, was the common reaction. “All he needed was the right moment, the perfect excuse, to clamp down – this has been his objective from the word go. It needed a deadly virus to push his decision. Nobody will question it at a time like this.” I asked a generally reliable source if this was likely. “Will there be tanks on the street? Strict curfew? Will the Army get involved?” The source solemnly replied with alacrity, “Expect a heavy lockdown.” Whatever that meant. So… there I was, with a hot mug of turmeric water (with lots of ginger, honey and pepper corns), holding my breath as the dreaded hour approached. I had kept a bottle of whiskey on stand by (joking! Don’t drink the stuff), just in case it was my last peg before shutting shop.

The first thing I noticed when the Prime Minister began his speech, articulating every shudh Hindi word slowly and carefully ( except for ‘isolate’ – which he used thrice), was his snowy white, fashionably groomed and meticulously coiffed hair. It looked like a professional salon job – the kind of hair Dame Judi Dench sports on the red carpet at Cannes (cancelled this year! What happens to all those fancy designer frocks now?). His sky blue jacket was very camera friendly as well, and for a few seconds, I was distracted and stopped listening. Not that it mattered. Because our beloved P.M. was not saying very much at all – he was talking in circles and dishing out platitude after platitude. We were being handed out a lecture on civic responsibilities – the kind we used to hear in high school. It was all about restraint and resolve and more such sentiments. His speech writers’ love for alliteration  was full throttle, and we were treated to choice bon mots. That’s it. Alas, bon mots don’t provide reassurance. Citizens expected something more than smart copy. Where were the packages? What specific financial aid was the government offering? Anything?

The Indian economy is in tatters. We can’t sink any lower – or can we? Madame Sitharaman is sitting pretty and not saying a word about the bloodbath on Dalal Street. No measures have been articulated to somehow work towards an economic recovery. Some hocus pocus was mentioned about a ‘task force’ which was to look at ways to boost the collapsed economy.  No timelines provided. Instead, all the responsibility was passed on to us – citizens. It was our job to keep India safe and contain the deadly virus! Business folks were urged to look after their employees, and we were asked not to panic or spread rumours. Okie, boss! But what is your government doing for us – how do you propose to allay our fears? Aha – I had tuned off and my eyes had glazed over by the time the P.M reached the piece de resistance  — the collective clapping and seeti bajaaoing at 5 pm to let our saviours (the incredible doctors and all the hospital workers who have been slaving long hours under the most challenging circumstances in facilities across India). This grand  gesture was obviously inspired by a Spanish video which showed appreciative citizens cheering for the medical facility. Sorry – it was a borrowed idea, PM saab. But let’s not quibble. No amount of heartfelt gratitude is sufficient when it comes to these heroes who deserve much more than taalis and dholkis at a stipulated time.

Soon after the anti-climax of a national address, the inevitable avalanche of memes and jokes flooded the internet. Some were hilarious, others, just a way for citizens to express their disappointment. Especially since, the comparisons between Narendra Modi’s speech and the absolutely on point address by British Chancellor Rishi Sunak, were hard to miss. Here was a brilliant young man, on top of what he had to communicate at a critical time, to his anxious, panicky fellow citizens. Then there was the Canadian response – also very much on point by a PM, whose wife had tested positive for COVID-19. Justin Trudeau took the opportunity to announce specific economic measures and programmes that would help his people directly and indirectly.. This is how a dynamic leader does what he has been elected to do. What we were handed out was a school master’s lesson in model behaviour. The PM could easily have emailed it. But no! Why let go of such an opportunity to talk to a captive audience of 1.3 billion bewildered nagriks? As someone posted soon after the speech :  “You’ve got to give it to the guy, he even knows how to market a curfew.” Meanwhile, I am rehearsing  how to play the dholki  for my balcony scene at 5 pm on Sunday.