Chandrajit Banerjee: To get India’s economy back on track, key reforms vital 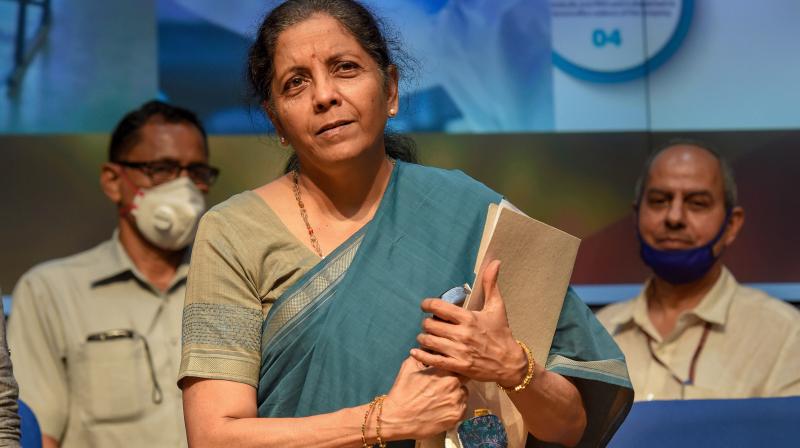 Over the past few days, finance minister Nirmala Sitharaman has unveiled a slew of measures that would help the Indian economy battle and recover from the adverse impact of the coronavirus crisis. With its focus on promoting “Atma Nirbhar Bharat”, transformational and structural reforms have been introduced across several key areas, which will be instrumental in rebuilding the Indian economy and paving the way for a sustained economic revival.

First, radical reforms in the agricultural sector, such as the amendment of the Essential Commodities Act (ECA), contract farming, and inter-state sale of produce are long-awaited policies for transforming the way farmers sell their produce. This represents the freeing up of the agricultural market, much in the same way that industry was delicensed after 1991.

Deregulation of agricultural commodities such as cereals, edible oils, onions, pulses, etc adds to this effort and brings in stability in contractual obligations along with better price realisation for farmers.  The formulation of a Central law on agricultural marketing will help in barrier-free inter-state trade and enable farmers to sell their produce at more attractive prices. This will also encourage e-trading of agricultural produce and ensure levelling of prices for consumers across the country.

The creation of a facilitative legal framework to bring farmers in contact with food processors, aggregators, large retailers and exporters in a fair and transparent manner, and provide them with assured produce, price and quantity is another commendable step. A contract farming mechanism will guarantee better predictability of price and produce, with better signalling on the next year’s planting plans. The action of state governments will be central to the success of the agricultural package, and we believe that given its benefits as well as the current crisis situation, the states would partner in this mission.

Two, redefinition of the micro, medium and small enterprises (MSMEs) with revision of investment limits for the first time after 2006 with an additional turnover criterion results in two critical benefits. It brings in a large number of enterprises into the MSME benefits fold, and it encourages smaller enterprises to grow without anxiety about losing these benefits. Given that MSME are the chief employers and it is their growth that creates fresh job opportunities, this is indeed a strategic policy. We hope that this can be implemented at the earliest.
Three, a new Public Sector Enterprises (PSE) policy is to be announced, wherein all sectors will be open to private sector participation while PSEs will continue to play an important role in notified strategic sectors. As per Ms Sitharaman’s presentation, all PSEs in non-strategic sectors will be considered for privatisation, which is truly a game-changing reform.

A coherent PSE policy will play a catalytic role in promoting efficiency and better resource allocation by reducing wasteful administrative costs. Further, it will add to the government’s revenues. While the government might make more gains in waiting for equity markets to improve before placing PSEs on the block, it is suggested that the implementation is carried out at the earliest so that efficiency and resource use gains can be unlocked quickly.

Four, the government has taken key steps to revitalise the power sector, now suffering from huge debt overhang in state distribution companies. The facility of Rs 90,000 crores from PFC and REC would help to alleviate this. Further, it is notable that discoms’ reform has been linked to the enhancement in the states’ borrowing limits. Reforms in the power tariff policy would avert such situations in the future, and this promises to also address the issue of cross-subsidisation of power tariffs, which is adding considerably to costs for manufacturing companies.

Five, the liberalisation of the coal and mining sectors are major reforms that would boost India’s fuel production and attract greater foreign investments. Introduction of commercial mining on a revenue sharing basis in the coal sector will help to leverage India’s coal resources better and end the monopoly situation prevailing in this sector. Apart from greater availability of coal at market prices, technology and safety will also benefit in India’s mines.

This move has been accompanied strategically by the allocation of Rs 50,000 crores for coal evacuation infrastructure to encourage private sector participation. Another major reform is a seamless composite exploration-cum-mining production regime, which promises to remove the hurdle currently facing prospective investors. Joint auction of bauxite and coal will unlock huge potential in making India a leader in the global the aluminum industry as well.

These reform measures address key pain points of the economy and will contribute towards enhancing its global competitiveness at a time when the world stands at a critical turning point.