Manish Tewari | War of the chips

The semiconductor industry requires two key resources sand and freshwater. They are the basic raw materials 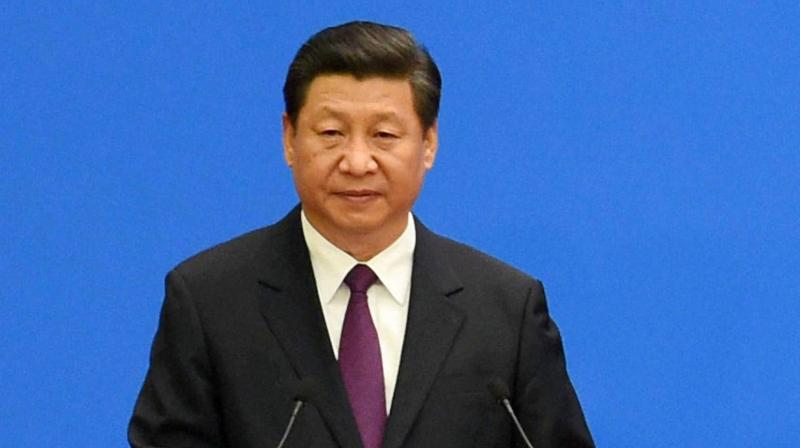 The Shaksgam valley alone is home to 242 glaciers that can serve as the grand reservoir of fresh water for Chinese chip manufacturing. It, therefore, becomes imperative to view the Sino-Indian standoff through this technological lens also. (Photo: PTI)

One of the less analyzed reasons for the Chinese aggression in Eastern Ladakh since the April of 2020 is access to fresh water sources. Though there has been some discussion and dissection of this train of thinking in the rarefied echelons of strategic policy deliberations the issue has never really travelled into wider setting of public dialogues. It has something to do with semiconductors or the ubiquitous chip that powers our daily existence.

A chip or microchip is a semiconductor wafer usually manufactured from silicon that combines an assortment of electronic circuits, incorporating resistors, transistors, capacitors and diodes that interlock to perform a required task. A single integrated circuit can comprise of thousands to millions of such electronic circuits contingent upon the computing power required.

Semiconductors rule the world today. Optimising and producing speedier, thinner and more formidable semiconductors will be seminal in defining the outcome of numerous economic and geopolitical conflicts of our times. As it has been prophesized by Steve Bank the mentor of the Lean Start up movement “to get hold of the semiconductors may be the 21st century equivalent of getting hold of the oil supply in the 20th century”. This is the strategic resource that all emerging and great powers of the world are in a race to both secure and control.

The omnipotent and captivatingly nomenclatured Silicon Shield is what safeguards Taiwan. The Taiwan Semi Conductor Manufacturing Company (TSMC) is the world’s largest third party chip manufacturer. It exercises dominance to the extent of 55 per cent if not more over the global market share insofar it pertains to the production of microchips. These semiconductors do not just power cellphones and laptops, they are central to the functioning of virtually everything from automobiles to weapon systems.

The factum that TSMC produces the microchips that run the electronics of the Lockheed Martin F-35 Lightning II stealth multirole combat aircraft, the latest jewel of the US Air Force, is a sterling example of the extent of strategic importance of the both the resource and its supply chain. Were the semiconductor industry of Taiwan to collapse it would not only constitute a national security threat to the US but also for the entire hub and spoke security architecture crafted by the United States globally. That is how the Silicon Shield of Taiwan is in itself a weapon of deterrence for Taiwan, especially against an ever expansionist China in the 21st century.

Both the US and China are trying to be autonomous when it comes to manufacturing of semiconductor chips. If the US were for some reason be deprived of access to the foundries of Taiwan, the US defence and consumer electronics industries would be set back at least half a decade if not more.

As China is investing heavily in setting up its own chip foundries, it could become the world leader in this technology in the next decade or so. That’s why, one of the early decisions made by the Biden administration was an executive order, promulgated in early 2021, to address both chip shortage and the gaps in its supply chain to the US. This deficiency is critical for the US as its global share in chip manufacturing stands at just 12 per cent. A large part of the US government’s sanctions against Huawei are singularly focussed on inhibiting the company’s access to the world’s most modern chip manufacturing technology — Taiwan’s TSMC.

China had the foresight that its initial success as the world’s low-cost factory was going to run its course and other countries like Vietnam and Bangladesh, to name a few, would soon occupy that space. As a result, China needed to build more advanced and sophisticated products to be on par with the United States. However, most of these products required custom chips — and China lacks the domestic manufacturing capability to produce them.

China uses 61 per cent of the world’s chips in products for both its domestic and export markets, importing around $310 billion worth in 2018 alone. China was quick enough to appreciate that its incapacity to fabricate these sophisticated chips could well turn out to be the proverbial chink in its armour.

Beijing has always had mega motivations to build its own homegrown capacity. A total of 1.4 trillion dollars have been earmarked in the 2021 budget alone for the development of  the semiconductor industry. By 2025 the objective being that 70 percent of chips used in China would be Made in China under the National Integrated Circuit Plan. Over 70 projects have been commenced utilising capital outlays in the past few years alone. Chinese semiconductor industry has gone from making zero to 16 per cent of the world’s chips.

But how does all of this mesh with the larger geopolitical conflicts between India and China? There is a growing realisation that the battle between the US and China to acquire leadership in semiconductor manufacturing is going to divide the world into microchip manufacturing haves and have not’s. That is where India fits into the Chinese plans. The semiconductor industry requires two key resources sand and freshwater. They are the basic raw materials. 10,000 litres of fresh water is needed to manufacture one 30-cm silicon wafer.

China’s Achilles heel is this availability of fresh water. Key Chinese water systems like the Yangtze, Huang Ho and Mekong rivers are full of effluents. That is how Kashmir, Aksai Chin and Ladakh became crucial for China. The Taklamakan desert (located in Aksai Chin) not only provides abundant sand but huge reservoirs of fresh water from Himalayan rivers and glaciers. The Shaksgam valley alone is home to 242 glaciers that can serve as the grand reservoir of fresh water for Chinese chip manufacturing. It, therefore, becomes imperative to view the Sino-Indian standoff through this technological lens also.

From 2011 onwards the UPA government had made chip manufacturing a priority. In September 2013 two consortiums, including IBM and ST Microelectronics, had proposed building semiconductor wafer plants in India with an outlay of USD 8 billion. However the proposals died after the NDA/BJP government assumed office in 2014. Finally in the June of 2020 the government finally announced a Performance Linked Incentive for Promotion of Electronic Components and Semiconductors and Electronics Manufacturing Clusters. However, as it is with the current dispensation, it is always a case of too little too late.