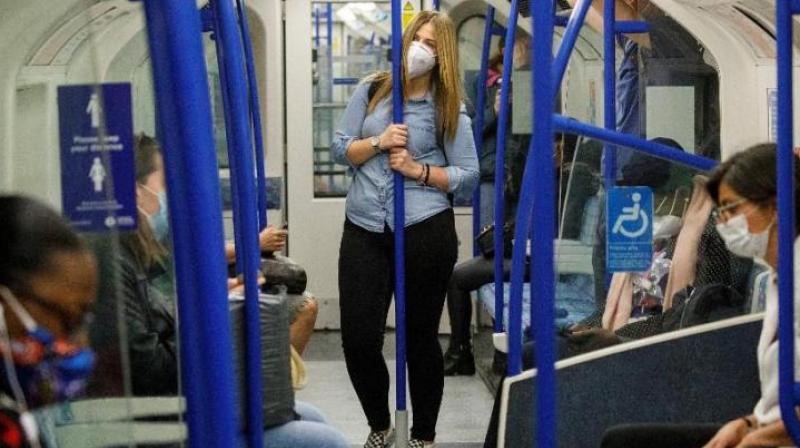 So is London inching towards becoming “Carona free”? The virus seems to be fading gently. For the first time in months there are no “surplus deaths”: that is, deaths above the five-year average before Covid struck.

If that continues, more of us can come out onto the streets with all shops and restaurants open and maybe more pubs as well. Theatres will have to redesign their seats at least a metre apart (if and when the Prime Minister Boris Johnson makes up his mind). But there are reports that the government might relax the social distancing rule as the economy needs to pick up, and hotels and other establishments need to open their doors.

Many Britons will decide to stay in the UK these summer holidays, since travelling may well become a nightmare so local travel and “staycations” will be popular.

Already as the inside of pubs and restaurants are difficult to maintain due to social distancing rules, crowds are spilling onto the streets over this last lovely warm weekend, beer mugs in hand.

Open air drinking and eating is now the norm. The virus is making us all sunshine addicts. Perhaps food delivery in the parks around London will be the next Big Idea for catering.

There is also hope that perhaps the Oxford vaccine will be ready to be manufactured by September but in the meantime an age old, out-of-patent drug has also proved effective for serious patients on ventilators. Things are finally looking up. Hope is a much loved four-letter word!

It is the economy that is in ICU now, while people are becoming cautiously optimistic. Unemployment is high and while the main benefit Universal Credit has coped with two million extra claimants, it is tight fisted. The grant is low so it encourages you to seek work. But there is no work to seek!

It is difficult for bureaucrats to change their own rules as their jobs are never at risk. It took a young football star, Marcus Radford, to make a difference.

Radford who is young and Black and a star for Manchester United and England requested the government that the weekly food supplement grant parents of school-going children get during school terms should be extended to the summer holidays.
No one took it seriously.

But then he wrote an article that The Times publicised. So quickly £120 million was found to save face for Boris Johnson (whose “poshness” is now under question, as he veers being between “Hugh Grant and Billy Bunter” as one columnist put it). Radford said that he had grown up in a poor Black family and knew how hard summer holidays were. A rare use of a great talent.

This is an idea that India could adapt as well. Keep the midday meals ongoing, during the pandemic. These are meals that children from poor families get in government schools.

A remarkable feature of this country is that it does not forget those who are historical icons, but also ordinary folk. So this week we both celebrated and mourned the death, at 103, of Vera Lynn . Vera Lynn is a thoroughly English heroine.

During the Second World War she sang “We shall meet again”, a song that made her the soldiers’ sweetheart. It was a morale booster when the British were alone in Western Europe, fighting Hitler. Recently when the Queen’s speech was broadcast during lockdown, she used the same phrase. Very Lynn’s record again jumped to the top of the charts.

Perhaps we need a similar song in India to remind people of the ongoing tensions taking place at the Indo-China border which might escalate at any time.
Certainly, the press in the UK has been covering it widely and most of the articles are sympathetic towards India.

The Black Lives Matter demonstrations stop and start, sporadically. Meanwhile the statue of Churchill has been unveiled, at Westminster Square, and is being protected from the protestors by his fans and the police.

But now, under attack is the statue of Cecil Rhodes who dug up diamond mines in Southern Africa and had a vast region named after himself — Rhodesia (now Zambia and Zimbabwe).

He was a philanthropist who gave money to Oriel College at Oxford and established the Rhodes Scholarship. Bill Clinton and Girish Karnad were two famous Rhodes scholars.

However, his statue at the college is to be removed. We may end up with all the “removed” statues in a national museum dedicated to the history of slavery.

Amish Tripathi arrived six months ago to become the new director of the Nehru Centre, in London. Even though London has been in lockdown for the last three months, Amish has not been idle.

In the midst of planning for International Yoga Day, he also managed to e-launch his new book last week, which immediately zoomed to the top of the Amazon (India) bestseller list. Called The Legend of Suheldev it is based in 11th century India, and is a “fictional” narration of true events.

This time it is about a “forgotten warrior” who was an inclusive ruler, bringing together all castes and religions against a foreign invader. Sounds like a must-read book!