The question that’s hovering over Raisina Hill is, why fix something that isn’t broken? That’s a question everyone seems to be now asking 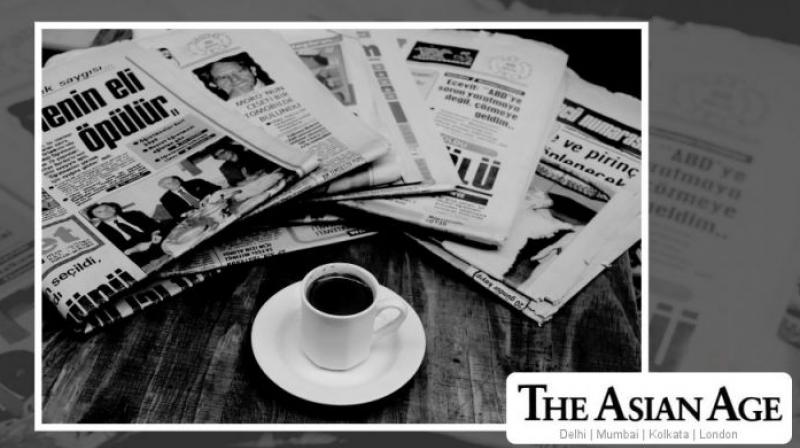 At a time when eking out new tax revenues in a shrinking economy is the only goal, an unwarranted self-goal has a lot of knickers in a twist in North Block. The question that’s hovering over Raisina Hill is, why fix something that isn’t broken? That’s a question everyone seems to be now asking when the new e-filing website of the income tax department, lauded and much tooted about, turned out to be a non-starter. I-T officials had announced that the new portal was even designed to be “taxpayer-friendly” and would help ease the filing process and reduce dependence on tax advisors.

Numerous glitches in the software have now left irate taxpayers stranded — they have reported even basic issues such as login problems and complain that old tax filings critical to users are not visible on the new portal. Meantime, the old reliable website has been unfortunately shut down and the new one doesn’t work. A ripe old mess that comes at a really inconvenient moment.

And since even finance minister Nirmala Sitharaman has tweeted about it, I-T officials are in a frenzy trying to salvage the situation with Infosys, the corporate supplier outsourced with this task. A testing time for the newly-appointed acting chairperson of CBDT Jagannath Mohapatra to show his leadership skills. He took over his new assignment after his predecessor P.C. Mody hung up his bat after a prolonged and much extended innings that ended almost apocryphally on the very day the old website was shut down!

Hectic efforts are being made to fix the snafu — the vendor management tax babus are in talks with Infosys and we are told that furious efforts are expected to ensure that the glitches will be removed very shortly. The taxpayers certainly hope so. Meanwhile, revenues are awaited.

Football teams often employ a technique known as one-to-one marking during a game, in which a player is deputed to stop a rival player from taking possession of the ball for too long. Something along these lines is now in the works as the Centre’s sets about tackling the rising tide of insiders turned dissenters, especially if they happen to be retired babus who were once part of the ‘System’ but are now freely speaking their mind on issues that they feel strongly about.

What may perhaps be more galling to the Centre is that the authors of these contrarian views are venerable ex-bureaucrats who were well-known for their administrative skills and subject expertise during their civil service career — former adviser to governor of Punjab and former ambassador to Romania Julio Ribeiro, former Cabinet secretary K.M. Chandrasekhar, former culture secretary Jawahar Sircar, former foreign secretary Shyam Saran and other similarly notable and “non-partisan” former civil servants. Their words carry weight. Collectively and individually they have written on wide-ranging subjects, including the PM Cares Fund, the farmers' agitation, Article 370, the handling of the Covid pandemic, human rights abuses, the controversial Central Vista etc. They write edit page articles but also dash off open letters to the Centre that are released to the media.

The government is clearly feeling affronted by this unsolicited advice, but since these are not ordinary voices that cannot be clamped by usual ploys, it has decided to retaliate by getting other “neutral” babus to respond to their colleagues. So, these days a critical piece on a delicate subject by a former babu is immediately responded to by another babu defending the government’s policies. If nothing else, it doesn’t hurt to muddy the waters without getting dirty yourself. And while the babus take on each other in the media, the government carries on with its usual business.