Should we keep looking for aliens?

Would we even know it if we did encounter an alien life form? 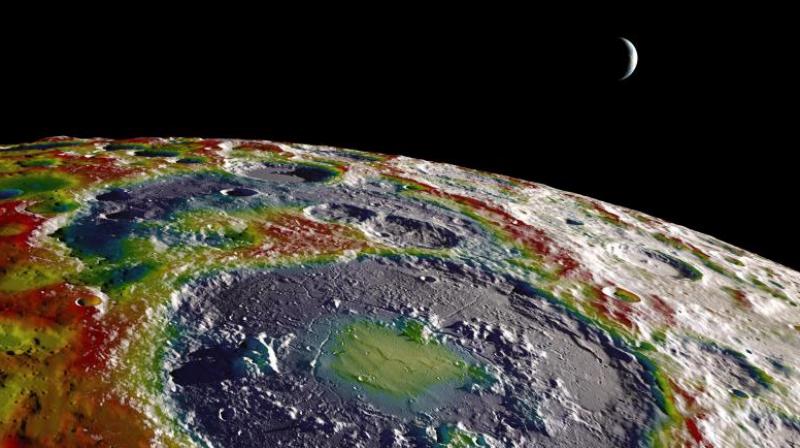 Are we alone in the universe? This is a question that humanity has asked itself for millennia, and one that we have only recently begun to try and answer. Given the enormity of space and our technological and conceptual limitations, the search for alien life is unlikely to bear fruit anytime soon but scientists are nevertheless scouring the great beyond with the help of radio telescopes for a hint of the existence of an extraterrestrial species.

At the same time, we are sending information out to the heavens. In 1974, the most powerful message ever beamed into space, the Arecibo message, was transmitted from Puerto Rico, aimed at a star cluster 2,100 light years away and carried with it basic information about humanity and earth. This was one of 11 similar messages.

More physical means have been used, such as the Mars Rover looking for signs of life on Mars and Voyager 1, a space probe loaded with information about Earth along with a Pulsar map aimed at helping any extraterrestrials that may chance upon it to find their way to Earth.

The creator of the pulsar map, Frank Drake, also attempted to determine how many alien civilisations might exist in the Milky Way by means of what is known as the Drake equation. While largely theoretical and limited by gaps in our scientific understanding, the Drake equation nonetheless theorises that several thousand such civilisations exist in our galaxy. That then brings us to the question asked by Enrico Fermi: given that there are billions of stars in billions of galaxies, why have we found no trace of extraterrestrial life?

Known as the Fermi paradox, this question has been pondered over by scientists, some of whom theorise that it is possible that humanity is the only intelligent life in the galaxy, and possibly beyond.

While this may reek of hubris, other theories are more disturbing: that it is the nature of intelligent life to destroy itself, or that advanced civilisations may have damaged their planetary environments to the point of causing their own extinction before they attained the capability of colonising other planets. Instead of looking for life, proponents of this theory believe we should be looking for the ruins of alien civilisations. Given the damage we have caused to our own environment, this is a sobering thought and none other than Stephen Hawkings has warned that life on Earth is at an ever-increasing risk of being wiped out by a disaster and that the human race has no future if it doesn’t go to space. Elon Musk echoes this concern, saying: “if we’re a single planet species, then eventually there will be some extinction event.”

Would we even know it if we did encounter an alien life form? The incredible biodiversity on Earth itself provides a clue: from the tiny and nearly indestructible Tardigrades to bacteria that live on heat alone, the variety of life in our own biosphere tells us how dramatically different alien life could be from our earthbound conceptions.

Earthly technology also provides a clue as to how actual contact with an advanced species may go: given our increasing reliance on drones and automatons, it is likely that contact may well be with alien constructs and not the aliens themselves. But is contact even something we should be looking for? Again, Hawkings has a warning, saying that contact with a highly advanced alien species may end in the extinction of humanity, drawing parallels with the fate of the Native Americans when they encountered a technologically advanced Europe.

Regardless, there are protocols in place for what to do if contact is ever made, and one set of these has been formulated by the SETI projects Post-Detection Taskgroup. It calls for immediately sharing the news with world governments and drafting a collective response, and can be summed up as we’ll have to figure it out as we go along. Ultimately, the most effective resource we will be able to call upon in such a situation will be the science fiction writers and theorists of Earth, who have spent decades pondering over just such a meeting.

But while the political, technological and social implications of contact have been discussed at length, the theological implications will also be significant. Incredibly, Pakistani science fiction actually addressed this issue in the 1989 film Shanee. Here, an alien arrives in Pakistan and falls in love with Babra Sharif. They get married and have a child, but when she discovers his alien origins she becomes understandably hysterical not because this is possibly the most significant event in human history, but because this means she married a non-Muslim. Luckily, Shanee reveals that there are interstellar Muslims as well and all ends well. When the inevitable does eventually happen, let’s hope we fare as well.