Sanjaya Baru | A mantra for all strategic pacts: ‘Trust, but verify’ 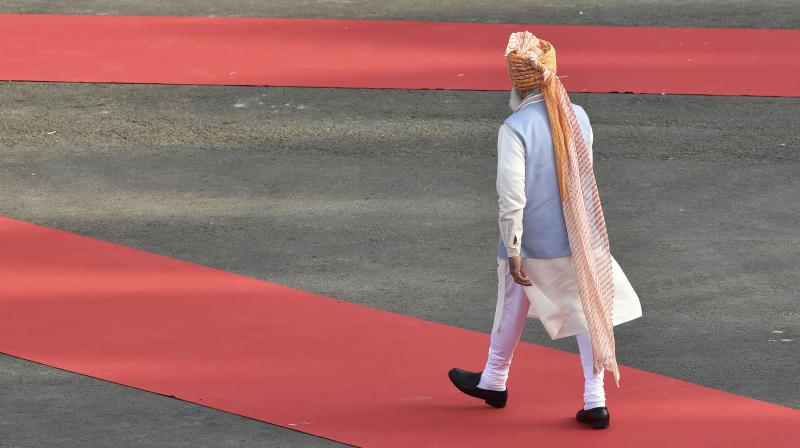 The Narendra Modi government has not said much officially about the way in which the United States has handled the retreat from Afghanistan and its consequences for India, but most foreign policy commentators and the media have been extremely critical. (PTI)

It’s a Russian proverb, “doveryai no proveryai” (“trust, but verify”), that was made famous by America’s 1980s’ President Ronald Reagan. That was his reply when asked if he could trust Mikhail Gorbachev and the Soviet Union when he was making the deals he made. It’s a thought that India has been forced to remember by the recent events in Afghanistan.

There is a dramatic decline in the publicly expressed Indian trust in the commitment of the United States to its security. The Narendra Modi government has not said much officially about the way in which the United States has handled the retreat from Afghanistan and its consequences for India, but most foreign policy commentators and the media have been extremely critical.

Starting with former President Donald Trump’s decision to negotiate the American exit with the Taliban and ending with President Joe Biden’s decision to set a date and fly out, there was little prior consultation with India. Indian government sources have been left satisfying themselves with the fact that the US facilitated the return of Indians from Kabul. A media report even quotes Indian diplomatic sources claiming that the “US government’s cooperation was the key to the evacuation of Indian diplomats and civilians — a testament to the close strategic partnership between the two countries”.

For years now Indian diplomacy has diluted the concept of “strategic partnership” by allowing the political leadership to sign all manner of joint statements with all and sundry. India has signed 30 strategic partnerships, and one recently even with Rwanda! My understanding of the India-US “strategic partnership” has always been that the US would keep India in the loop on such decisions as Mr Trump’s infamous “Doha deal” and Mr Biden’s catastrophic exit plan before these were hatched, given their security implications for India. Arranging safe transit out is about tactics, not strategy.

A report on public opinion about Indian foreign policy, conducted towards the end of December 2020 and published earlier this month by the New Delhi-based think tank Observer Research Foundation, showed that an overwhelming 77 per cent of those surveyed said that they would “trust” the United States — 32 per cent said “completely” while 45 per cent said “somewhat”. The survey, conducted in 14 languages, was served to a random sample of urban youth in the age group of 18-35 across 14 cities. A similar poll taken today would perhaps throw up a vastly different number. Whatever the government’s media spin now, the fact is that the ignominious retreat of the United States from Kabul ought to dent Indian, indeed global, trust in US leadership of the so-called “free world”.

Whatever the global and regional consequences and learnings from the United States’ retreat from Kabul, it will take some effort on the part of the Biden administration to regain this level of Indian trust in America’s commitment to our national security.

Assiduously built over two decades from the time when President Bill Clinton tilted away from Pakistan and towards India in the midst of the 1999 Kargil war and through the historic India-US civil nuclear deal heralded by President George W. Bush, Indian public trust in the US weathered challenges to arrive at the point where it did in late 2020.

By once again exposing India to the renewed challenges of jihadi terrorism, that many believe will be an inevitable consequence of the US retreat and the dramatic victory of the Taliban, President Biden has dealt a blow to Indian national security and to the India-US partnership. To be sure, there has been consistency in US approach to the “Af-Pak” problem through the presidencies of Barack Obama and Donald Trump, despite all the Indian reservations. President Biden has only bitten the bullet.

This brings one to the question of what the nature of the US-India defence and strategic partnership is exactly? Is it only about confronting China to the east while leaving India’s western flank exposed to the resurgence of jihadi terrorism? Are the two challenges independent of one another? Was there consultation with the Indian authorities on the retreat from Kabul? When US secretary of state Anthony Blinken visited New Delhi and had meetings with external affairs minister S. Jaishankar, national security adviser Ajit Doval and Prime Minister Narendra Modi, did he share the United States’ withdrawal plans with them? If so, what apprehensions did India convey and what was the US response? The answers to these questions will determine what level of trust India must have in the partnership with the US going forward.

This is important as the ORF opinion poll also shows overwhelming public confidence in the US being a “leading partner over the next 10 years”. A total of 44 per cent of those surveyed believe the US will be India’s leading partner, while only 21 per cent think it will be Japan and 20 per cent see Russia remaining one. Britain and France get 18 per cent of the vote. In other words, as of the end of December 2020, the US not only garnered the highest votes for trust today but for trust over the next decade. What will the Kabul retreat and the likely fallout of that for India do to those numbers?

Interestingly, the ORF survey places terrorism as a secondary concern overtaken by global pandemics and a secondary priority next to strengthening the economy. This was in December 2020. The Taliban’s victory and the likely resurgence of radical Islam across the region could once again bring jihadi terrorism into focus.

That would be the price India would pay for the recent turn of events. To deal with the likely challenge of renewed jihadi radicalism and terror, India also needs a domestic policy that helps to unite the country rather than to divide it. The politics of majoritarianism and divisiveness have hurt the country as much as any externally inspired extremism. While remaining focused on the latter, one must also secure control over the former.