Kishwar Desai | Anti-Semitism is why Meghnad quit; all hope for Christmas shots

On the personal front, it was quite a tumultuous week for us, as my husband, Meghnad Desai, left the Labour Party after 49 years! 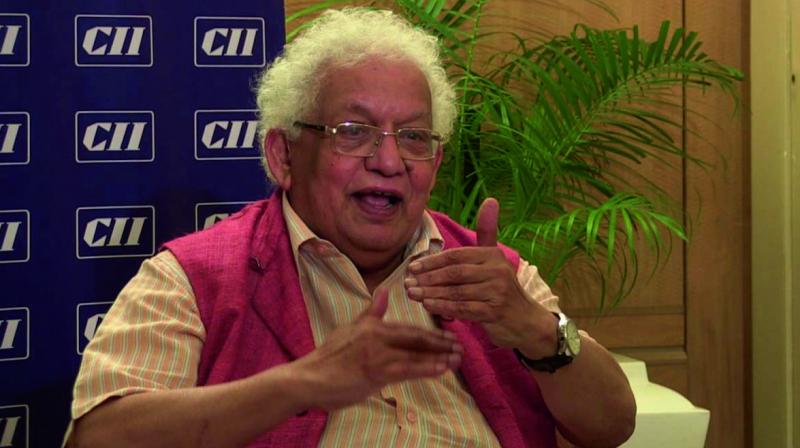 Finally — the good news is that a vaccine is coming, hopefully by Christmas! Indeed not just one, but six are running a close race and are likely to touch the finishing tape almost simultaneously. Our own Oxford/AstraZeneca vaccine was off to an early start but ran into a few problems. The UK has ordered 100 million of them. No one had foreseen Pfizer/BioNTech would get in ahead. So very quickly, we have ordered 40 million of these. The poor health minister has scrambled together enough money to also order five million of the Moderna vaccine. It looks like we may be vaccinating by late December. Maybe we need to be singing, “On the First Day of Christmas My True Love Gave to Me an AstraZeneca vaccine…”

On the personal front, it was quite a tumultuous week for us, as my husband, Meghnad Desai, left the Labour Party after 49 years! It had been a decision he had been mulling over for while as he felt that the anti-Semitism in the party had not been dealt with and needed to be rooted out. He has fought against this racism his entire life. And when Jeremy Corbyn was recently readmitted to the Party (most of the trouble over anti-Semitism had been during his tenure as the head of the Labour Party) Meghnad felt enough is enough. Of course, it came after discussions and was not a sudden decision — as he has always been a well-respected member of the Labour Party, and has numerous friends within it. But most of them, even if they don’t admit it, will know why he felt it was essential to quit. The irony is that Meghnad’s autobiography is out this month — and one wishes he had been able to include a chapter on this very important move on his part! But perhaps he can discuss it now at the book launches.

So look out for some interesting revelations as Meghnad talks about his book, Rebellious Lord.

One is never sure if lifting the lockdown is good news or bad news. We now hear that in early December we will go back to a partial lifting of the various restrictions. Everyone is fighting the big fear that it may be a dull winter, with seven days of Christmas celebrated with no more than six people. Since the government has been (as are other governments) befuddled by the virus and does not know what it is doing or can do, we just have to bump along.

Even Boris is in isolation because Tory MPs have not learnt about distancing. When he met a bunch of them, one of them was infected so “test and trace” pinged Boris and told him to isolate. As he already had Covid, he should be immune and not require isolation. But you can never be too careful. He does seem to enjoy his isolation as he can do his parliamentary business from his flat at the top of Number 11.

Last week we went through a perfect storm as one of Boris’s closest advisers, Dom Cummings, was asked to leave along with his second in command. Apparently Carrie Symonds, the Prime Minister’s partner, decided it was time for a Christmas cleanup and took over the reins. She is an environmental activist and suddenly Boris was supporting a Green economy. He announced that all petrol and diesel cars would be gone by 2030 and only electric cars will be allowed. This calls for a reality show called the “Kitchen Cabinet Files” Of course, no one knows what the economy will be like in 2030 — and one wonders why we are still talking about private cars — when we should be discussing more and more public transport.

One always has the fond hope that the UK government would be corruption-free. But the pandemic seems to have brought a sleaze virus into the system. We now hear about a host of scams in which cronies have been given millions in fees and contracts to deliver dubious supplies. The latest to come to light is a contract given to a fashion store in Florida which promised to deliver three truckloads of PPE suits as the health service did not have enough PPE suits in stock. But the appointed contractor got a subcontractor who did not deliver. It was in a court case in Florida between the contractor and his subcontractor that it was revealed the contractor had collected millions in his fee in addition to the money for the supplies. Of course, in the panic over the pandemic many unfortunate decisions were taken the world over — but it seems these cases may have revealed some deeper malaise. I appeal to Carrie Symonds to cast a glance at this. All our hopes rest with her now… I suggest we start writing ‘Dear Carrie” letters to Downing Street, and action will undoubtedly be taken.

Anita Katyal | Kharge or Sharma: Who will succeed Azad in LS?

Shreya Sen-Handley | Trump, and the art of leaving