If Mr Upasane’s words sound like they are stigmatising the everyday egg, which many of us have for breakfast, it is meant to be so. 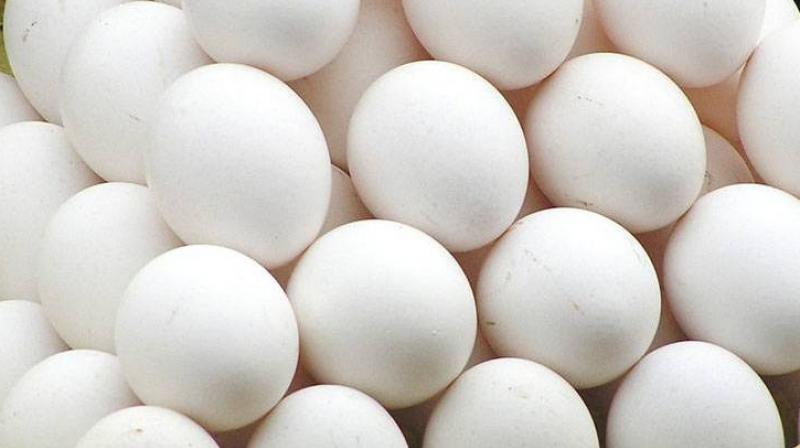 The egg is a polarising issue, but not along neat, predictable, party-political lines. (Representational Image)

Each society picks its battles. India chooses to be mired in battles over the egg. Astoundingly, in a country with one of the worst cases of child malnutrition, whether the government should provide free eggs, a cheap source of protein, to poor, malnourished children or not remains a politically prickly question.

With the change of government in Chhattisgarh, the egg has staged a comeback in the country’s political discourse. Sachidananda Upasane, a senior BJP leader in the state, has said publicly that he does not want the egg to be in “public spaces”.

“There are so many people, such as Brahmins and others from the majority community, that do not eat non-vegetarian food, and don’t want to be near it. If giving eggs is such a priority, the government should deliver them to homes, not in public spaces. This, in a way, is disturbing traditions,” Mr Upasane reportedly said, soon after the egg became a part of the mid-day meal menu in the state, where 30.62 per cent of the population is made up of Scheduled Tribes. The last Assembly elections witnessed a BJP rout in the state, paving the way for a Congress government

If Mr Upasane’s words sound like they are stigmatising the everyday egg, which many of us have for breakfast, it is meant to be so.

This is perhaps the only country where local “Right to Food” (RTF) activists have had to wage a sustained campaign pivoting around the egg, or the “Anda Abhiyan”, for quite some time now.

The egg is a polarising issue, but not along neat, predictable, party-political lines. A telling example: in 2015, the Right to Food Campaign in Karnataka organised a mass gathering of children, teachers and elders on October 2 in state capital Bengaluru, to demand that the Siddaramaiah government, then in power, supply an egg a day in anganwadis and government schools in view of the rising child malnutrition in the state.

The vegetarianism-obsessed Hindutva party was not in power in Karnataka then but still, there were misgivings; the police denied permission to the activists to either exhibit or eat eggs as part of the protest on Gandhi Jayanti. However, the RTF campaign members were a determined lot and decided to exhibit as well as eat eggs to make a point, defying their writ. Subsequently, a team from the RTF met Dinesh Gundu Rao, then minister for food and civil supplies in Karnataka, and submitted a memorandum with their demand.

In Chhattisgarh, children are not being forced to eat eggs. Nor are children who don’t wish to eat eggs being denied other alternatives. Nor is there any evidence to suggest that most people in Chhattisgarh are passionately opposed to the egg. According to the sample registration system (SRS) baseline survey of 2014, released by the registrar-general of India, 82.7 per cent of men and 81.4 per cent of women in the state are non-vegetarians. Vegetarians comprise less than 20 per cent of the population of Chhattisgarh.

Food security activists across the country want eggs in the mid-day meal menu for those children who wish to eat them because the egg is a simple source of much-needed protein that children need, especially in their early years, for their physical growth and cognitive development.

Despite improvements in child nutrition in Chhattisgarh in recent years, there is still a very large number of malnourished children. The latest National Family Health Survey (NFHS-4) shows that in the state, the percentage of children under five years who are stunted has dipped from 53 in 2005-06 to 38 in 2015-16; the number of underweight under-five children has also gone down from 47 per cent in 2005-06 to 38 per cent in 2015-16. But it remains worse than the national average. In fact, the figures for wasting (low weight for height), are becoming worse with the percentage of wasted under-five children in the state up from 19 per cent in 2005-06 to 23 per cent in 2015-16 — again higher than the national average. So though things have improved, Chhattisgarh, like many other states in the country, is still battling child malnutrition.

The politics of sentiment swirling around the egg has to be seen in the context of the broader politics of food. ArguabIy, the egg doesn’t ignite the same kind of passions as beef. But resistance to the egg has become a metaphor of entitlement and caste politics, cutting across the ideological spectrum. The BJP’s Mr Upasane was perhaps reflecting a certain hue of upper-class sentiment when he sneered at the idea of eggs in public spaces. Official data shows that 71.6 per cent of men and 70.7 per cent of women in India are non-vegetarians, but the myth of India being a predominantly vegetarian country continues to be sustained.

The charged slugfest over the egg is yet another reminder that this is not a classic BJP vs the rest issue. In neighbouring Madhya Pradesh, where a BJP government has given way to a government led by the Congress, there is great hesitation in introducing the egg in mid-day meals.

Why? Do vegetarians and those who wish to keep a safe distance from the everyday egg make up the majority? Again, according to the 2014 SRS baseline survey, 51.1 per cent of men and 47.7 per cent of women in MP are non-vegetarians.

Madhya Pradesh also has a very large number of malnourished children. But the egg was a prickly political issue when the BJP was in power. It continues to be so. In an election year, the Congress too wishes to play safe, not antagonise the upper castes and the Jain community.

Sachin Jain, a Bhopal-based food security activist, who leads Vikas Sambad Samiti, an NGO which has carried out a successful intervention on community-based management of malnutrition in 100 villages in Rewa, Satna, Panna and Umaria districts of Madhya Pradesh, points out that Scheduled Castes and Scheduled Tribes have no cultural barriers in eating eggs.

Why then deny the nutritious egg to the children of those families who have no problems with it? The short answer — the battle against the egg is not about diet at all. The politics of food in India, whether it be centred around the egg or meat, is about power and control and making clear who calls the shots and whose traditions count.

If child malnutrition doesn’t figure as an electoral issue, it is because children don’t vote; and families of malnourished children don’t call the shots.