The recent public protests against the citizenship law and related matters bring to the fore the issue of a prisoner’s right to adequate medical care. 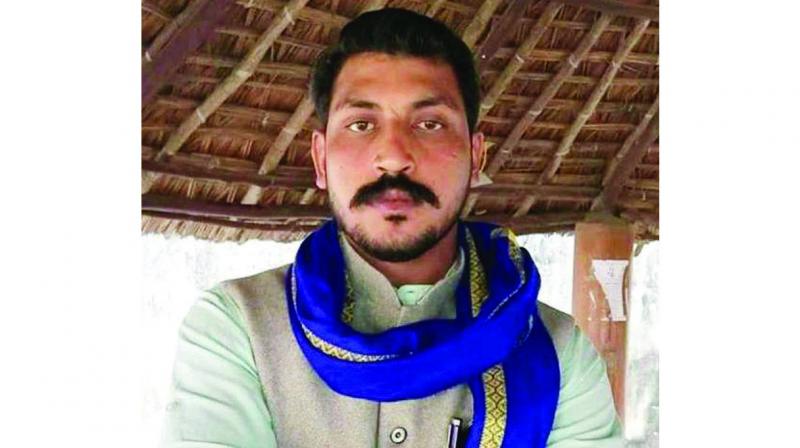 A case in point is that of Bhim Army chief Chandrashekhar Azad, arrested in a case relating to alleged incitement of violence during anti-Citizenship (Amendment) Act 2019 (CAA) protests at Jama Masjid. A Delhi court has finally waived off conditions from an earlier bail order directing Azad to not visit Delhi.

The ongoing polarising battle of grand narratives in the country and detention of many people has brought to the fore an important but hugely neglected issue — India’s jail healthcare crisis. The Supreme Court has upheld the “right to healthcare” as an essential ingredient under Article 21 of the Constitution in its judgement Pt. Parmanand Katara vs Union of India & Ors (1989) 4 SCC 286.

But it is no secret that this “right” is routinely violated in our overcrowded jails.

The recent public protests against the citizenship law and related matters bring to the fore the issue of a prisoner’s right to adequate medical care.

Should prisoners, including political prisoners, be forced to go to court or seek the media’s assistance to get the medical treatment they need?

A case in point is that of Bhim Army chief Chandrashekhar Azad, arrested in a case relating to alleged incitement of violence during anti-Citizenship (Amendment) Act 2019 (CAA) protests at Jama Masjid. A Delhi court has finally waived off conditions from an earlier bail order directing Azad to not visit Delhi.

The latest court order says that Azad should provide the schedule of his visit to the city to the concerned DCP whenever he visits for medical treatment.

But none of this happened automatically. It took a huge effort by his lawyer Mehmood Pracha, and his personal physician, Harjit Singh Bhatti, to make Azad’s medical condition a public issue.

Bhatti, Azad’s personal physician, says the Bhim Army chief suffers from polycythaemia, a blood-related disease, has been under treatment at the Haematology Department, All India Institute of Medical Sciences, and requires regular monitoring including a procedure called phlebotomy.

Bhatti says Azad was not allowed to access the necessary follow-up treatment and investigations initially when he was held in custody.

Azad had to wait for more than two weeks in Tihar Jail and finally was taken for a medical check-up after Bhatti requested concerned authorities multiple times on Twitter. Strangely, he was taken to Deen Dayal Upadhyay Hospital in West Delhi, and not AIIMS, where he was undergoing treatment. The permission to go to AIIMS was given only after a court order.

“I was in Tihar Jail. Inmates are treated like worms. I was told no permission can be given to me to go out for medical treatment though I told several doctors in the jail about my medical condition, my specific needs, and that I am being treated by doctors at AIIMS. There was no real treatment at Tihar. Once, when I was late to see a jail doctor because I had fever, I was ticked off. The doctors treated me very casually. I did not see any real interest in my medical condition…” Azad told this columnist at a recent press conference in New Delhi just before leaving the city.

Another case in point is cancer patient Ahmad Nabi, who suffered multiple fractures in alleged police action during the December 20 anti-CAA stir violence. Firozabad (Uttar Pradesh) police has booked Nabi and several others under the Arms Act.

But even after 10 days, reports in the national media suggest that he had been lying in Firozabad Jail’s medical ward with a fracture in his left arm and one each in both his legs, unattended.

Nabi has been undergoing treatment for throat cancer at Jaipur’s Bhagwan Mahavir Hospital for several years. It is only after media reports persistently highlighted his medical condition that Nabi got some medical attention.

This week, his family told this columnist that Nabi is being treated for his broken limbs in Agra but he is yet to receive chemotherapy, which he desperately needs.

Over the years, several court rulings have repeatedly drawn attention to issues of overcrowding, poor sanitation, nutrition, as well as shortage of prison staff in India’s jails.

According to India Justice Report 2019, an initiative of Tata Trusts, the nationwide prison occupancy rate stood at 114 per cent as of 2016. India’s prisons are understaffed by at least 33 per cent; this massively increases the workload of existing staff and leads to total apathy.

Uttar Pradesh has the highest prisoner population. A few years ago, inmates in the Fatehgarh Jail in Farrukhabad, Uttar Pradesh, came out of their barracks and protested for better healthcare facilities in the jail.

A 2015 report by prisons researcher Smita Chakraburtty for Bihar State Legal Services Authority is revealing: “The medical conditions prevailing in all the prisons of the state of Bihar need immediate attention. The prisons do not have proper facility of storing medicine, medical stores in the prison are ill-equipped, medical equipments such as X-Ray machines are dysfunctional, the refrigerators for storing medicines are not operational. Medical clinics are usually run by compounders who keep only basic medicines such as Paracetamol and some B-Complex vitamins… There is a severe shortage of medical staff in prison. The procedure of sending inmates for medical check-ups or treatment to a district hospital is extremely lengthy. The lengthy procedure coupled with severe understaffing causes unusual delays leading to loss of the golden period of treatment for an inmate,” noted Chakraburtty in her report.

She also pointed out that often, medical procedures are delayed due to non-availability of guards, that prisons often have no ambulance, and these too cause delays.

“By the time the inmate reaches the hospital, there is little or no chance of recovery… some inmates — those who can afford it — get treated in private, i.e. family members get medicines for the inmate,” the report noted.

This means that proper medical care can be availed only by a few inmates in each prison — those who have the resources.

The lengthy procedure involved in sending inmates to a district hospital for the required treatment, the severe understaffing in prisons lead to prison staff ignoring medical complaints of prisoners and also avoiding the mechanism of transfer of the inmate to a district hospital to avoid the burden of official paperwork, Chakraburtty points out in her report.

This is serious medical negligence and does not make a country that talks about “health for all” look good.