Mastery over a subjugated population, the British soon learnt, is not at all an easy task. 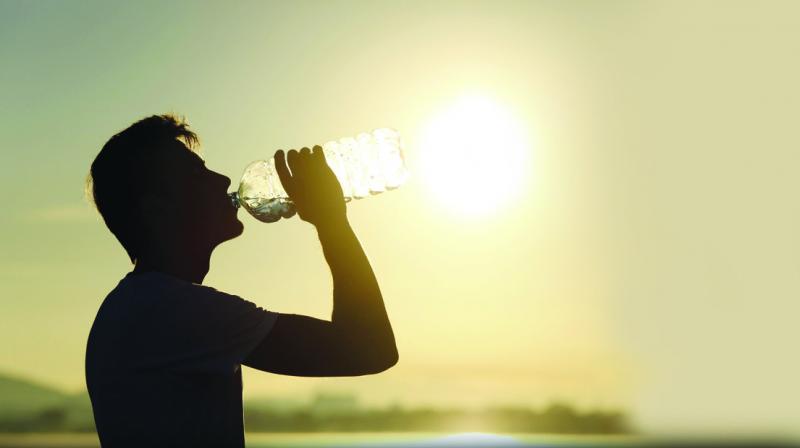 The first thing that the British realised about India was that it was hot. Arriving from their cold and wet island, the relentless humidity or the unwavering sunshine of the plains was not only foreign, it was maddening.

The first thing that the British realised about India was that it was hot. Arriving from their cold and wet island, the relentless humidity or the unwavering sunshine of the plains was not only foreign, it was maddening.

They tried many tricks to address this encumbrance, a change in clothing and an abandonment of the stiff serge and wool for the pleasant cotton that breathed. Others tried to change their diets, avoiding hot foods and turning to lighter fare so that their own sweat, occasioned not by hard work but simply by the frustration, poured down their backs.

The story of the solution they did find appeared in an essay written by historian Arunima Datta for History Today. In “Keeping India Cool”, she notes the surge in the demand for punkhawallas as the numbers of British arriving to the subcontinent increased. The first surge came early when most of the British colonialists were men, who basically hired whoever was available to do the odious and constant job of fanning their masters through the day and night.

When the British had entrenched themselves more deeply in India, made sure that all the largesse was available for loot and that a permanent life in India was required to obtain it, a second surge occurred. Now the punkhawallas were required not just for the sahib, but also for the memsahibs and the baby sahibs.

Mastery over a subjugated population, the British soon learnt, is not at all an easy task. Some of these lessons were delivered by none other than the punkhawallas themselves. As the British grabbed more and more and still more power, they began — like all illegitimate rulers — to lose this power.

One way they estimated this could happen was by successful acts of espionage by the natives. Punkhawallas were always there and always everywhere, capable at all times of listening to everything that was said, everything that was planned or discussed. Such was the paranoia, Dutta notes in her essay, that a new trend began that emphasised that only the deaf or the elderly and hard of hearing should be hired for the job.

Others didn’t care, used as they had become to flinging slippers and yelling and cursing and even in some cases actually striking and killing punkhawallas that may have fallen asleep on the job. In cases where the poor punkhawalla was killed, the white man who killed him had to pay a fine of `100.

Dredging up this particular morsel of the history of servitude and abuse that British colonialism imposed on the subcontinent is important for one reason. The punkhawallas who served their masters and were regularly abused by them represented in literal terms the seizure of human dignity from a human being. A punkhawalla’s humanity was subordinate, if existent at all, against the colonial masters who hired them. In turn the colonial masters became comfortable in their entitlement to comfort against the invisible and mute labour of another.

The British took most of India’s wealth with them, but they left their sense of entitlement to germinate and grow. In today’s Pakistan, there are no punkhawallas but there is much servitude and tons of entitlement. Couples with babies can be seen eating at fancy restaurants while a young, nameless and invisible woman servant tends to their baby. Errant servants who forget to cook a dish a certain way or wash the car or sweep the large compounds of the wealthy are often met with the same violence perpetrated by the colonialists of old. At the centre is the idea that servants exist in a single dimension, which is to please their masters and mistresses and their children.

For all of these reasons, reading about the punkhawallas is a grim exercise. The catalogue of complaints the British had against their punkhawallas, these men who had the power to make life very hot and uncomfortable, is no different from what one hears pouring out of pampered mouths regarding the servants of today. Some of it perhaps is because for the elite and almost-elite of the country, the adoption of the pretensions and perversions of the British appears essential and non-negotiable.

If in the past it was foreigners who required fanning and fawning over, now it is the natives who have donned the discarded garb of conquerors past. To render the imitation authentic the evils of conquerors past must be acted out with even greater zeal. Pakistan thus lives the irony of having both electricity and fans but also an invisible and abused army of suffering and silent punkhawallas.