Anyone who watches the news knows about the recent murder of 26-year-old Harsh, a tailor and Bajrang Dal leader 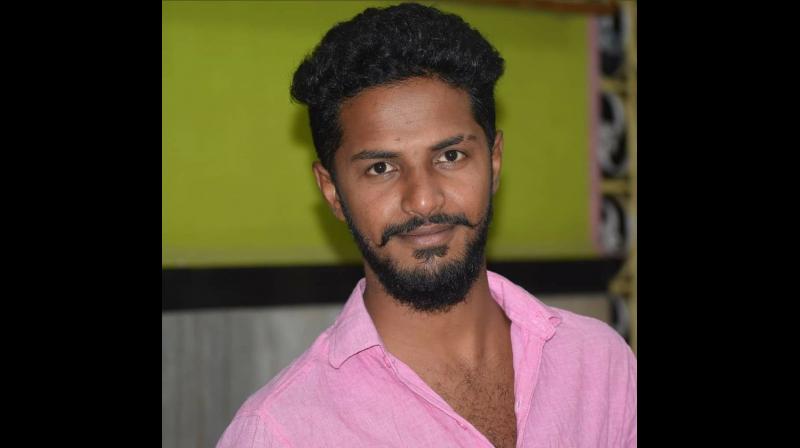 26-year-old Harsh, a tailor and Bajrang Dal leader, who was murdered. (Twitter)

What makes a picturesque district in Karnataka, famous for its waterfalls and writers, erupt into violence and vandalism?

The question leaps out as one watches troubling visuals from Shivamogga. There is another equally important question — what will be the economic impact of these images of sectarian violence for the district, state and country?

Bengaluru, Karnataka’s capital and India’s “Silicon Valley”, is just 250 km away.
P. Lankesh, the famous writer, and father of murdered journalist Gauri Lankesh, was born in Shivamogga, or Shimoga as it was once called. So was U.R. Ananthamurthy, the renowned academic and pioneer of the Navya literary movement in contemporary Kannada literature. Shivamogga has also been the home for many socialist struggles.

Today, however, it is grabbing headlines for all the wrong reasons. Anyone who watches the news knows about the recent murder of 26-year-old Harsh, a tailor and Bajrang Dal leader. The killing has further inflamed communal passions in a place with a backstory of sectarian violence. Over the past few decades, the district, a commercial hub in central Karnataka, has witnessed tremendous communal polarisation.

The politics of polarisation is back. Some media reports have alleged that after Harsha’s brutal murder, mobs threw stones at the homes of Muslims and ransacked their vehicles in Shivamogga city. The local police says it is looking into every angle that may have a bearing on the case and trying to trace those who lost their motorbikes and properties in the arson and violence. “More than 12 people have been taken into custody. Interrogation is on,” state home minister Araga Jnanendra said on February 22.

Disturbingly, even as the police investigations are under way into the antecedents of the suspected perpetrators of the crime as well as the victim, some senior state BJP leaders have been quick to make public statements about “Muslim goondas” and “growing Islamic fundamentalism”.

Shivamogga remains on the edge. At the time of writing, the situation is extremely fluid. Prohibitory orders under Section 144 CrPC have been imposed till Friday. Schools in the district will also remain shut for another two days.
All this comes on top of an already tense atmosphere in the state that is engulfed in the hijab row.

That sectarian violence is bad for the social fabric as well as the economy is obvious, or should be obvious. In fact, in 2017, it was Nirmala Sitharaman, then minister of state for commerce and industry, who publicly expressed concern over violence in Karnataka and the “failure” of the state government to curb it, according to media reports. The Congress was then in power in Karnataka.

Ms Sitharaman, who was on a visit to the state, reminded the public that Karnataka was always an investor-friendly state. “But, if Bengaluru is seen as the capital of a state where such incidents take place and there are law and order issues or people are being killed for ideological reasons with no sufficient action taken to curb it, it could affect investments.”

If the state is not strong enough to bring the culprits to justice, then investments will suffer and “we do not want that to happen”, she had said back then.

Cut to 2022. It is the BJP which is now in power in Karnataka but Ms Sitharaman’s point about violence being bad for the economy remains valid.
But what are we seeing? Polarisation, growing tension and sectarian violence are rife.

In January this year, more than 30 scientists, academics, artists, writers and lawyers wrote a letter to Karnataka chief minister Basavaraj Bommai and all state legislators expressing their misgivings about the plummeting governance and incidents of violence, including against religious minorities in the state.

This week, a young entrepreneur in Bengaluru told me she was worried. No one wants to really invest in a state where there is social unrest. Many people are worried that the troubles in Shivamogga and other places could spill over, affect Bengaluru, she said.

These may be just fears. But everywhere, the business community has genuine worries about the impact of social unrest and prohibitory orders on supply chains.
Needless to say, this is not just Karnataka’s problem. We have seen sectarian vigilantism inflicting reputational damage to millennium city Gurgaon, one of the favoured Indian destinations for multinationals. In 2020, in the wake of the deadly riots in Delhi, Jim O’Neill, who chairs Chatham House, the influential London-based think-tank, had said: “If the Indian government came up with greater direct incentives to invest in India — such as greater economic reforms or specific plans on FDI — then they would be less minded to focus on the racial tensions, but all else being equal, yes, I would imagine the violence is off-putting to investors.”

The politics of polarisation helps a certain kind of politician. But it often triggers sectarian violence and frequent bouts of such violence casts a pall over the economy.

Amid global tensions, the unfolding crisis in Ukraine, rising oil prices and growing uncertainties, it is blindingly obvious that social harmony is vital for a healthy economy, whether it is Shivamogga or any other place. India is facing multiple challenges — there is economic slowdown and the Covid-19 pandemic; millions live in abject fear of losing their jobs and livelihoods. And there is ascendant majoritarian politics.

Those who have committed a horrific crime must be punished, whether it is Shivamogga or anywhere else. But if India wants to emerge in an economically strong position in the post Covid-19 world, we will need to work together without allowing diversionary religious chasms and conflicts. We will need the healing touch.

There is really no other way.