Opinion   Columnists  23 Mar 2020  The corona disruption and the impact on India
Opinion, Columnists

The corona disruption and the impact on India 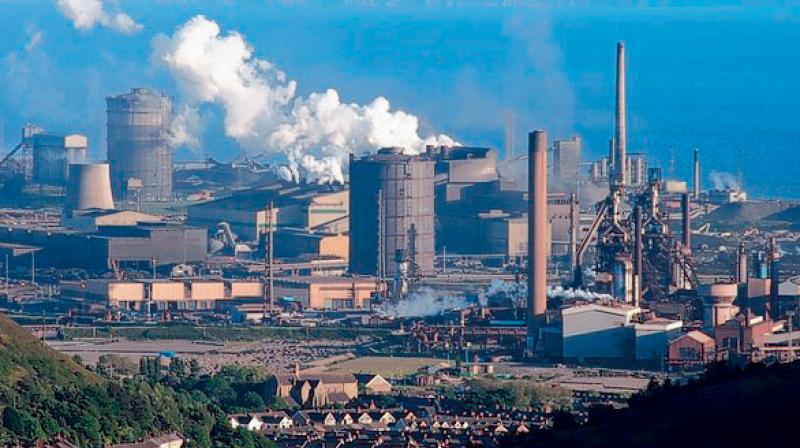 By now it’s plain the coronavirus pandemic will be a global disrupter. It will affect economies and nations worldwide, alter relative power equations and cut prosperity everywhere. In this turmoil, some nations and societies will fare better than others.

How is India likely to do? Will the changes prove advantageous or could they push the nation further into an economic and geopolitical back alley? The answer depends on how we ride out the crisis.

For now, India has been relatively unscathed, but the pointers aren’t encouraging. The resilience our population has so far shown is entirely gratuitous and not the result of any great effort by the people or the government.

Some experts suspect the low number of coronavirus cases reported in India are due to low levels of testing and hence low detection. It has been noted that most countries showing high levels of infection have done more intensive testing of their populations: 1,000 and more per million, whereas in India the testing rate is an abysmal five per million so far.

Most quarantine facilities, including those for incoming travellers into New Delhi’s showcase airport, are reportedly so bad -- dirty, cramped and entirely lacking in facilities -- that people including those infected are fleeing them.

Dipanjan Roy, an Indian epidemiologist, was quoted by The New York Times as saying the “challenge of a large country like India with overcrowding is that some people will always slip the net, wherever you put it”.

Should the virus go out of control and become a mass outbreak, India is looking at a catastrophe. India’s public health system -- overcrowded, short-staffed and lacking facilities, may be easily overwhelmed. Private hospitals and clinics aren’t vastly better and cannot compensate for any breakdown in government-run health services.

It's disheartening to read about the tepid pace of transformation of our health system. While individual doctors, researchers and a handful of medical entrepreneurs have done a remarkable job in creating world-class medical facilities, their efforts cover only a miniscule portion of the population, and mostly the affluent. The vast majority of Indians have to rely on medieval conditions and healthcare systems.

During 1918-19, the Spanish flu, in its devastating sweep across the globe killed an estimated 50 million people. India was the worst-hit, losing an estimated 20 million citizens. The country’s healthcare system, then run by a colonial government, proved completely incompetent.

A century later, independent India has done a much better job of building up its medical infrastructure, but grave doubts persist over its ability to cope with a coronavirus-like pandemic could unleash.

Indians thus can’t be faulted on relying on divine or natural providence for hope. If faith does indeed triumph over the virus, then India could see some welcome changes.

The benefits that India could hope to derive would be fortuitous, arising not out of any proactivity but out of relative shifts in the Asian and global order. The main factor of change will arise out of China’s relative decline.

While China has done a magnificent job in controlling the spread of the pandemic within its borders, it has done so at a huge cost. The severe restrictions imposed by its government have sent production processes and supply chains completely haywire. The rest of the world, for the first time, realises the folly of overdependence on any one source for industrial and service supplies.

A process of diversification is inevitable and will impact China negatively in the long term, diminishing its centrality and hegemony in the global order. This cannot but benefit India, though to what extent and how significant it will be remains to be seen.

At the same time, the hope that India will be able to take up some of the slack arising out of China’s problems is likely to be belied. The Indian economy continues to struggle with infrastructural issues, a broken financial system, large-scale corruption and a judiciary that cannot cope with rising litigation. Added to this are problems of order and security.

The case of bulk drug manufacturing paints a dismal picture of the country’s systemic inadequacies. The Central government had in 2017 promised to offer several incentives for local manufacture of bulk drugs (key inputs for medicines) which are now sourced mainly from China.

However, when the coronavirus crisis choked bulk drug flows from China, it was found that nothing had changed domestically. Lack of clarity in Central policies, delayed permissions and a cumbersome system of clearances had held up the entire process for more than two years. When the pandemic hit, India still did not have a bulk drugs industry in place despite a much-touted Draft Pharmaceutical Policy and pious statements of intent.

Issues like these cannot be rectified overnight and the political will or the ability to address them continues to be low. Thus, the opportunity arising from diversification of supply chains away from China are likely to largely bypass India and benefit other more agile nations.

On the other hand, India’s relative economic isolation, its low participation in the global supply chains and world trade in general will insulate it from short and medium-term shocks.

Other better-performing Asian economies like Singapore, Thailand, Malaysia and so on will be hit much harder given their dependence on external demand factors, including tourism, and the export of goods and services which contribute significantly to their GDP (Gross Domestic Product). Thus, India’s relative positioning could well improve in Asia, but this is unlikely to translate into any real benefit in absolute terms.

India’s net gains are most likely to be in geopolitical terms -- it could well emerge relatively stronger in a weakened global order. This prognosis is, however, predicated on the assumption that there is no catastrophic spread of the coronavirus epidemic within India, unlike what happened in 1918-19.

The added uncertainty arises out of the possible effects of a sharp contraction in global economic growth, supply chain disruptions, plunging stock markets and a possible global recession on the Indian economy.

India is already in a hard place where the economy is concerned. Even higher rates of unemployment engendered by a pandemic could stoke political instability. On the other hand, Indians are an incredibly resilient people who have weathered centuries of recurring catastrophes, including natural disasters, famines and epidemics. No matter how deep the crater, Indians always crawl back. The question is whether they emerge into a better world or a more dismal one