Opinion   Columnists  23 May 2021  Kishwar Desai | BBC on the mat for Di interview... Is Shakespeare getting cancelled?
Opinion, Columnists

Kishwar Desai | BBC on the mat for Di interview... Is Shakespeare getting cancelled?

Undoubtedly, these kinds of seminars create a fresh understanding 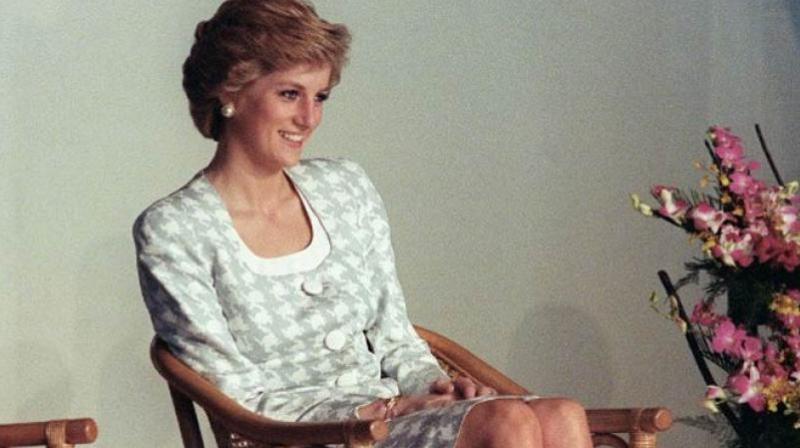 Diana, the Princess of Wales who died in 1997, continues to rule the front pages.

“Decolonising Shakespeare”: Well, it was only a matter of time before the Bard was going to be re-examined for racism. The Globe theatre has launched a series of seminars exploring whether there was racism underlying his plays. But as many of us already know from a reading of Othello (“the Moor”) and others, that Shakespeare was writing for his times. Some speakers at the seminar did conclude that in many Shakespeare’s plays White reflected beauty and goodness, while Black meant the opposite.

But rather than cancel Shakespeare, or break his statues, or rewrite him, the way forward could be to give a health warning before staging his plays. This is a time of churn: and just about all major writers of the past (including Enid Blyton!) are being checked for political correctness. All-White characters are no longer acceptable either, in literature, theatre, cinema or even television news!

Undoubtedly, these kinds of seminars create a fresh understanding — but the jury is out there whether we censor the Bard or simply rewrite the bits that offend us today. A discerning audience may now critically examine what we have taken for granted all this time. And since we have been so influenced by him, it might be worth looking at the language and the characters once again.

As the US begins to open its theatres and cinema halls, the UK has opened its pubs — a sign of better things to come, and of a successful vaccination drive. We cannot wait for the third week of June when at last the lockdown will be relaxed. But given that the last lockdown ended prematurely, there is a lot of betting on whether we may be wrong again. Because the one thing we can count on is that this virus will keep mutating and it will carry on attacking us while we fight back with fresh vaccines and medication. The war may not be over, ever, but in this round we are on the winning side, as the graph of the cases and deaths is plunging dramatically. We need to become grasshoppers and not ants— just rejoice for today because tomorrow will see a new lockdown.

The experts are still divided on the likelihood of a third wave. Last time it was the local home-grown Kent variant of Covid which scuppered our plans to re-open. (In Kent they don’t mind that label, as it will be better to know the origin of the mutation, whenever the history of this virus is written.) This time it is the “Indian” variant and, by the way, we are not supposed to call it that. Far too many of us have been bombarded with emails and articles stating that it is unfair to call it the “Indian” variant. But to paraphrase Shakespeare — what’s in a name? A virus by any name would kill as cruelly. The taming of the virus is what we are hoping for this summer.

But seriously, London life will be normal only when our famed cultural life — including pubs, cinema, cricket — will return. One more summer of home isolation would be unbearable — and like in the US, many are clamouring for the masks to be removed for those who are fully vaccinated.

That said let us get to the really important thing that matter to the locals: money. The Sunday Times list of the wealthiest has just come out with fifty names. This is an annual announcement to read and gossip about as it makes you feel you know them. And of course — here too, we look out for the Indian variant, or the new normal, whichever you prefer.

Near the top are the Mittals and Hinduja Family (no surprises there). But among the ten names of the wealthiest is another that can truly stoke our pride — Kiran Mazumdar Shaw.

Of course, Covid has also helped to make fortunes for people who have found profits in difficulties. One couple is on the list because they were able to re-develop the old pyjamas for lounging around all day during the lockdown. And the man who was the fiftieth had an interesting story. Alan Mills had left school without success (as many billionaires have done — Bill Gates and Mark Zuckerberg are dropouts from undergraduate colleges). He later took part in the famous TV show, The Apprentice, and had got a thumbs down. But he did not feel discouraged and went into insurance and is a billionaire in his 30s.

Diana, the Princess of Wales who died in 1997, continues to rule the front pages. Most of us remember the the iconic TV interview she gave in 1995 to BBC correspondent Martin Bashir, which ultimately led to her divorce from Prince Charles, years later. It was one of the most-watched show, ever, for the BBC. Now it turns out that Martin Bashir had tricked her into giving the interview. He had shown allegedly fraudulent bank statements to Diana’s brother, the Earl Spencer, claiming that pay-offs had been made for briefings against her, and thus the interview was arranged.

Her two sons William (Duke of Cambridge) and Harry (Duke of Sussex) have denounced the BBC for causing her death. BBC has also been placed on the mat, and its reputation has never taken such a hit. Who could have ever imagined this?