Opinion   Columnists  23 Jun 2017  Amid terror, a challenge for Muslims in the West
Opinion, Columnists

Amid terror, a challenge for Muslims in the West

For Muslims who live in and around Finsbury Park, the attack was not a surprise. 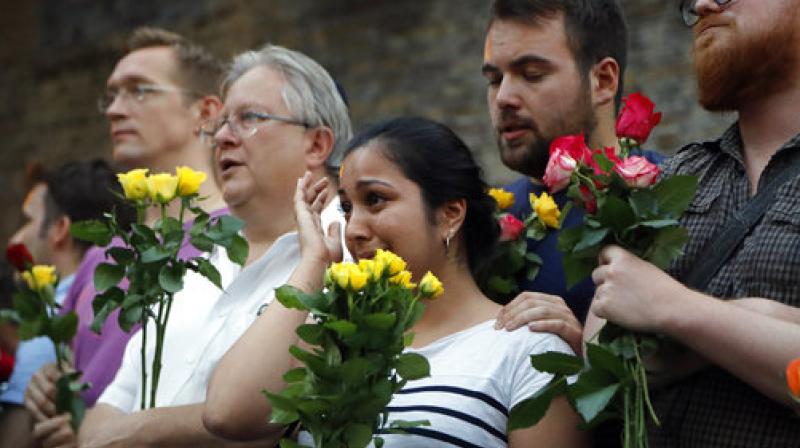 It was just after midnight in London’s Finsbury Park area. A number of Muslims who live there, migrants from Pakistan, Somalia and various Arab countries, had just finished taraweeh prayers at the Muslim Welfare House. Some others were helping an elderly worshipper who had fallen down while praying. That was when a white van suddenly appeared and crashed into the worshippers at the mosque.

It took about eight minutes for the London authorities to call the incident a terror attack and for medics to arrive at the scene. It was too late for at least one person, the same elderly man who the worshippers had been trying to help. At least 11 other people present at the scene were injured.

It was the ordinary people there who apprehended the attacker. The man, who had rented the van from a rental company, was shouting anti-Muslim slurs such as “You guys deserve this” when he was pulled out from the van which he had driven into the worshippers. The imam of the nearby mosque intervened while all of this was happening and ensured that nothing happened to the perpetrator who had tried to kill the people.

When the authorities arrived and he was finally arrested and taken away, he glibly waved to the crowd he was leaving behind. Some of them gathered and completed their prayers.

For Muslims who live in and around Finsbury Park, the attack was not a surprise. Even while terrorist attacks committed by Muslims gain undivided media attention in the UK, attacks on Muslims are rarely reported. In recent months, Muslim women wearing headscarves have been assaulted and spat upon, Muslim men are routinely stopped and harassed, Muslim children are bullied in schools, all of it conveniently ignored by the British authorities.

Even in the immediate aftermath of this attack, critics pointed out that the BBC continued to talk about fish markets and Brexit for quite a while before it decided to provide live coverage of what had happened.

The Muslims of Finsbury Park are used to being demonised and labelled as terrorists and they suspected that this instance would not be any different.

The Finsbury Park area is represented in Parliament by Jeremy Corbyn, the leader of the British Opposition, who was recently able to propel Britain’s Labour Party to gain seats against the ruling Conservatives. Corbyn was present at the scene at the Muslim Welfare House in the hours after the attack. The high-profile representation, however, seems to have done little so far to humanise his constituents in the eyes of the larger British public. It did, however, prompt a response from British Prime Minister Theresa May who said the man had targeted the “ordinary and the innocent going about their daily lives”.

The mayor of London, Sadiq Khan, noted in his statement that the attack was in line with previous terrorist attacks in Manchester, on London Bridge and in Westminster. He promised that there would be more security at mosques as the last days of Ramzan and Id-ul-Fitr approached.

The reactions beyond Britain’s borders also revealed a lot about geopolitics and the framing of all Muslims as terrorists. While it did provide coverage of the attacks, at least one article on CNN chose to focus on the history of the Finsbury Park mosque associated with extremist preacher Abu Hamza al-Masri who was extradited to the US almost a decade ago and was sentenced to life in prison in 2015.

While American television networks did report the news, there was none of the back-to-back coverage that was allotted to the recent London Bridge attack.

Two groups, however, were openly celebrating. White supremacists in the US rejoiced at the attack — one, they believe, that the British Muslims deserved. At least one Twitter account associated with white supremacists declared that there was hope for the British yet. The militant Islamic State group too was rumoured to be elated at the attack, using the video as propaganda to gain recruits and to encourage all Muslims who have not yet migrated to the “caliphate” to do so immediately.

In this last bit lies the truth that all Western Muslims must face. It is unlikely that terrorist attacks in the West will abate anytime soon. With Western media and many Western politicians actively promoting the idea that all Muslims are terrorists, it is these communities, British Muslims among them, that will pay the price. With each subsequent terrorist attack being perceived as a collective indictment of all Muslims, and with a number of people starting to believe that Muslim beliefs may be linked to violence, many will likely have to leave these countries, or if they stay, hide their religious identity.

This sort of subterfuge whether it is casting aside the hijab, or shaving off the beard , or ensuring that mosques have no visible signs of identification, may soon become not a matter of choice, but a matter of survival.