Shobhaa De | Will Dishy Rishi end up as India’s damaad at No. 10?

Even if Dishy Rishi does make it to 10 Downing Street, please, please remember… technically, he ain’t one of us! 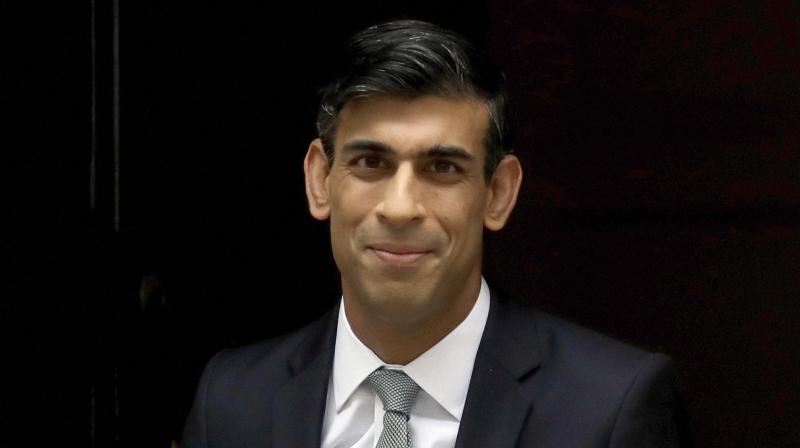 Calm down, mates… even if Dishy Rishi does make it to 10 Downing Street, please, please remember… technically, he ain’t one of us! He’s a Brit! Much as we’d like to own him, appropriate him, claim him as a dyed-in-the-wool Bharatwasi, hit the pause button right now… He looks like us, he behaves like us, and maybe he even eats like us, slurping up khaana with his fingers off a thaali (highly doubtful), but he is certainly not an “Indian” from any angle. At best, we can call him our Angrezi damaad. And enjoy being the sambandhis of the Prime Minister of Great Britain! Bas! Nothing more, nothing less! Typical desi mentality, na? Somebody goes on to achieve something big, becomes famous, becomes rich, becomes powerful — and thousands of Indians crawl out of nowhere and stake a claim. “Oh — apna Rishi? Arrey bhai, my wife’s aunt has cousins who were his family’s neighbours in some African country… forgotten which one.” Someone else will add: “Not possible, ji… my grand-parents and Sunakji’s grandparents were born in the same hospital in Punjab…” A third will butt in: “All of you are wrong… My nephew once bought some tablets from Sunakji’s mother’s dawa ki dukaan in Africa. They are Africans, but look like Indians.” This is us!

Sab janta walas, who care two hoots for the truth… dekho, how mean we are being to poor Sushmita Sen and Lalit Modi. The thing is … we can’t handle other people’s happiness. Why else are we after those two love birds enjoying their new-found pyaar-vyaar? If Lalit gets gussa when he’s called a fugitive, it’s understandable. He is a genius born with a diamond spoon in his mouth, as he so subtly stated in his tweet. Who can deny he has made millionaires out of paupers with the money-spinning IPL brand that he created? The man’s enjoying some much-needed pyaar mohabbat… leave him alone to chill on his yacht. As for Ms Sen — she is a proud self-made, single mother. Please note, she doesn’t need gold, she is not a gold digger. She prefers rocks — and she buys her own diamonds, theek hai?

Right now, it’s Rishi who is the Rockstar. And there are enough reasons why we in India can’t seem to get enough of Rishi Baba. Like Elvis, BoJo’s left the building. In style… with a jaunty “Hasta La Vista, Baby…!” It was BoJo who accused his dashing former colleague of leading the revolt against him, prompting Boris to launch his “Anyone but Rishi” campaign. Through all the turmoil and speculation, Rishi Baba’s sasuraal walas kept a dignified silence, with no statement emerging from either Narayana or Sudha Murthy — Rishi Baba’s wife Akshita’s billionaire parents. The same folks who hadn’t jumped for joy when the two wanted to marry after falling in love at Stanford. Seeing how determined the beti was, the disappointed parents graciously accepted the jodi and a lovely traditional shaadi followed… Akshita (net worth said to be $3.1 billion) tried her hand at a few independent business ventures, including a fashion label, which didn’t take off. But, given her stake in daddy’s empire, it wasn’t about making enough money to pay the grocery bills. It’s a shame that her staggering wealth is being used to whip her husband with allegations of financial irregularities that involve tax evasion… Well, all of which have been convincingly dealt with and clarified. Once again, it’s a matter of paisa and people’s uneasy feelings about those who have scads of lolly — as if that automatically makes them criminals. Our desire to induce a guilt complex in those who have unimaginable wealth is really pathetic. We continue to glorify poverty — even though no Indian wants to be poor… Or should be poor!

When it comes to money, the only valid question to ask is this: How was it made? Were the means dishonest? If the answer to that question is a resounding “No”, we must accept that the money was made in a legit way, through hard work, shrewd business strategy and pure genius. Why not celebrate the incredible global success of Infosys and feel proud that Rishi Sunak is married into such an outstanding family?

Akshita Sunak, the wife of the possible future Prime Minister of Britain, recently served chai to journos, like any well-trained Indian bahu who’s looking after the mehmaan. But would the critics appreciate her gesture? Naaah! They were busy taking potshots at the pricey designer mugs on the tray, insisting that the price of one mug could feed two families. Nonsense. Such petty carping! Mugs are mugs. A good Prime Minister’s “mug” has to look good. These are basics, mate. Would Rishi’s loyal wife have done better in the popularity ratings had she served masala chai or kaapi in stainless steel tumblers? Rishi’s problem is neither his seriously wealthy wife, nor his brain power. It’s the colour of his skin. With all the talk of racial neutrality, the barbs are still about “10 Browning Street”. The Browns striking back at the empire. That’s it!

The other contender is as much a hottie as Rishi. Like BoJo, she’s blond. And smart. Liz Truss comes with fine credentials, and proved her debating skills with a well-researched attack on rivals that didn’t stoop to despicable levels, like some of the other despos. Rishi Baba remained civil, and took the required potshots when needed, while staunchly defending the wife and in-laws, pointing out to the Murthys’ humble roots, while emphasising that he was immensely proud of them. Good on you, Rishi Baba! We like our damaads to publicly demonstrate their commitment to family… much like Ranveer Singh’s exaggerated declarations of love to the sombre Padukones.

I was with a frighteningly brilliant and successful NRI (41) who was up at Oxford at around the same time as Rishi Baba. He was visiting his feisty mother-in-law after a gap of four years. She greeted him cheerily by saying: “You are such a failure, my boy! Had you tried a little harder, it could have been you, not Rishi, occupying 10 Downing Street, and I could have bragged about my son-in-law being Prime Minister of Britain…”