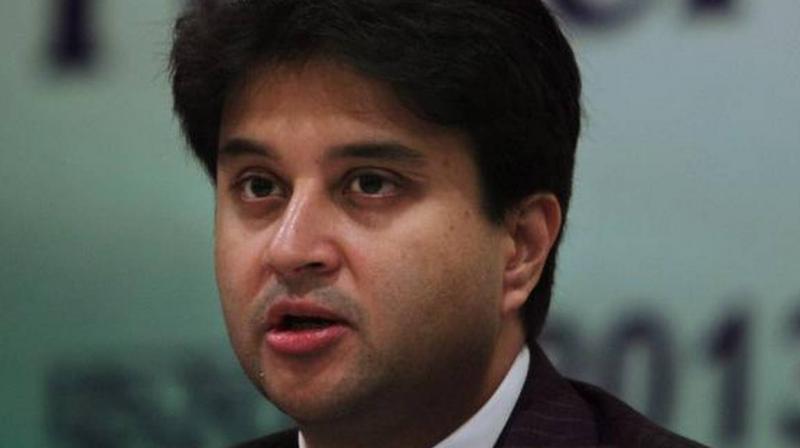 When the Bharatiya Janata Party named Lok Sabha MPs C.R. Patil and Jamyang Tsering Namgyal as presidents of its Gujarat and Ladakh units last month, it was viewed as the first step towards the appointment of party president J.P. Nadda’s team of office bearers.

In fact, it was said that the names had been finalised and it was only a matter of issuing a formal communique. However, there is no sign of it so far. BJP insiders maintain the announcement was put on hold after the leadership was advised against it because it was an inauspicious period.

It appears that the uncertainty over the new office bearers may be further prolonged as Union home minister Amit Shah is undergoing treatment for coronavirus.

Though Mr Shah handed over the party’s presidency to Mr Nadda in January, it is an acknowledged fact that he retains his hold over the party organisation and will necessarily have a major say in the new appointments.

Former Union minister Ajay Maken’s return to the Congress organisation as general secretary has clearly not gone down with a large section of party leaders.

Those unhappy with his appointment constantly point out that Mr Maken, a two-time MP from New Delhi constituency, had refused to contest the recent Delhi Assembly elections because of health reasons even though Congress president Sonia Gandhi had personally asked senior leaders to pitch in.

While the other leaders agreed, Mr Maken declined. After failing to revive the party in the capital, Mr Maken had stepped down as Delhi Congress chief also on health grounds. In fact, Mr Maken was virtually off the radar till he was picked up by the Congress leadership (read Rahul Gandhi) to head to Jaipur along with other party colleagues to handle the crisis in Rajasthan.

He was further rewarded last week when he replaced Avinash Pande as general secretary in charge of Rajasthan. Mr Maken’s quick rehabilitation has raised questions about Rahul Gandhi’s lament about the lack of accountability in the party.

Meanwhile, Haryana chief minister Bhupinder Singh Hooda has created a bit of a stir in his home state. The Congress party’s Haryana unit is abuzz with reports about how Mr Hooda has been cozying up to Prime Minister Narendra Modi and chief Minister Manohar Lal Khattar.

This has made it difficult for the Congress to mount an effective offensive against the Khattar regime, which is frustrating the local leaders. But Mr Hooda is unfazed.

According to the grapevine, when confronted about reports about his proximity to the BJP leaders, Mr Hooda admitted to the fact that he enjoyed a good rapport with them and even proclaimed proudly that he had met Mr Modi recently. It’s the same story with the Haryana chief minister and Mr Hooda as the latter is in constant touch with Mr Khattar.

It must be remembered that Mr Hooda is facing multiple CBI inquiries into land deals undertaken during his regime. So it makes sense to befriend those who are in power.

Now that he has joined the Bharatiya Janata Party, Jyotiraditya Scindia has been forced to rework his relations with leaders in his new party.

For instance, Mr Scindia has to now befriend BJP national general secretary Kailash Vijayvargiya, an important leader from Indore, even though the two have been mutually antagonistic to each other for years.

Their animosity scaled fresh heights when Mr Scindia defeated Mr Vijayvargiya in a high-voltage election to the prestigious Madhya Pradesh Cricket Association a decade ago. The fact that Mr Scindia has a warm relationship with senior BJP leader and former Lok Sabha Speaker Sumitra Mahajan also made him a suspect in the eyes of Mr Vijayvargiya.

For the record, Ms Mahajan and Mr Vijayvargiya are bitter political rivals. When Mr Scindia visited Indore recently, he had no choice but to meet Mr Vijayvargiya as the two have to work together for the coming by-elections in Madhya Pradesh.

But Mr Vijayvargiya’s camp followers are not happy because Mr Scindia also called on Mr Mahajan. They are insisting the new recruit to the BJP decide where his loyalties lie. This balancing act will not do, they say.

This immediately sparked off speculation in the cricketer’s hometown Ranchi that Dhoni could be joining the ranks of his colleagues like Navjot Singh Sidhu and Gautam Gambhir, who switched to politics after retirement. Mr Modi’s letter, heaping praise on the cricketer, was viewed as an invitation to Dhoni to join public life.

After all, the Bihar Assembly polls are round the corner. Apparently, BJP leaders had sent feelers to Dhoni before last year’s Jharkhand elections for an endorsement for their party but it did not materialise.

Since the BJP has a special preference for drafting sportspersons, the people of Jharkhand can hardly be blamed for thinking their “local hero” could be heading to the saffron camp.

Anita Katyal is a Delhi-based journalist