Abhijit Bhattacharyya | Trading with enemy: What drove Germans to Beijing 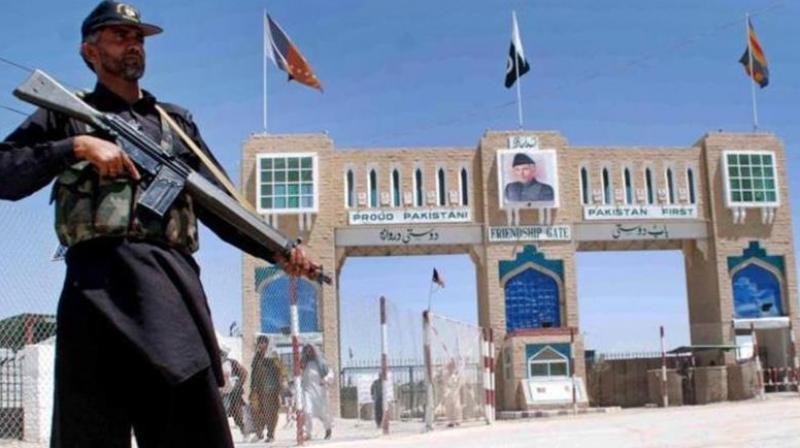 Berlin is acutely conscious of its inherent economic power and political pole position as the centre of gravity of the 27-nation European Union. (Photo: AFP)

Trading with the enemy or getting married to the enemy’s daughter is neither new nor unknown across human history. There are numerous instances to prove its efficacy or effectiveness, even if temporary. Thus, the November 2022 visit by German Chancellor Olaf Scholz to the so-called “enemy camp” — the headquarters of Communist Party of China’s overlord Xi Jinping in Beijing — shortly before the two attended the G-20 summit in Bali, Indonesia, must be viewed in the broader canvas of contemporary world (dis)order.

A few economic parameters of Berlin and Beijing must be seen in this context. The former is the indisputable number one economic power in 50-nation Europe’s 750 million people; the latter is the paramount economic power among 48-nation Asia’s four billion people. Two years ago, China had the second-biggest GDP, of $14.3 trillion, far ahead of fourth-placed Germany’s $3.9 trillion. China was the biggest economy by purchasing power; Germany the fifth. China was the second biggest exporter, Germany the fourth biggest. China led in trade of goods; Germany stood third biggest. Germany had the second highest surplus foreign trade balance of payments, China was fourth.

For a virtually non-maritime continental nation, Germany’s 88 million people competing with the world’s most populous Chinese nation (1.5 billion people), with the fourth largest land mass, was a formidable challenge, and speaks volumes on what was at stake for both: a traditional muscle-flexing European nation whose inhabitants originally hailed from cold Scandinavian lands, and the remote, isolationist, congenitally contemptuous Middle Kingdom of “heaven-born” Hans. Like yesterday’s Deutschland of Hitler, today’s Dragon-land of Hans desires total economic command and control across the globe.

Berlin is acutely conscious of its inherent economic power and political pole position as the centre of gravity of the 27-nation European Union. But economics and realpolitik aside, it can well read the far-reaching economic and geopolitical changes across the Euro-Asian heartland due to the simultaneous rise of the East and fall of the West.

The nine-month-old Russia-Ukraine conflict has virtually cracked the EU’s fragile unity, flourishing finance, delicate society and enviable prosperity. Both France and Germany, as the EU’s “big brothers”, are feeling the heat on their leadership. The historical Franco-German tension appears to be re-surfacing, though not in a virulent form. Paris is annoyed with Berlin’s solo ride to Beijing, thus abjuring the very concept of the EU. Berlin is nonchalant as its mega-corporations are unwilling to take a hit on their export profits and long-term investments. Germany’s chemical, engineering, medicine and auto giants are prepared to discard Europe and shift base for Beijing-centric manufacturing and markets.

It had become politically difficult for Olaf Scholz’s coalition government to bank on the EU alone as it could no longer rely on Europe’s single market to make mega bucks. Europe’s grandeur lingers, but the decay is visible, especially after the Russia-Ukraine conflict began. Europe is too close to the war zone and its people are in unprecedented turmoil, with economic prospects bleak. The options were shrinking for the German chancellor, and soon he would have less leeway amidst enormous EU and American pressure. Any delay might be fatal, and so going to Communist China was almost a compulsion. The Dragon was already deep inside Europe through investments in markets, the takeover of branded European companies and running ports; from the Aegean to the Adriatic to the North Sea, thereby capturing strategic entry and exit points of Europe. China’s embrace of Europe was almost like an octopus.

Mighty Berlin’s submission to Beijing durbar was also symbolic of the shifting reality of geopolitics. Europe is no longer able to bank on the money, military and management of the American-led Nato or even the EU run by the Brussels bureaucracy. The declining strength of the white, Christian West has diminished its role; while the 21st-century Crimean conflict between Russia and Ukraine has made Europe a more dangerous place to live in and do business. For Germany, it was time to move on to a safer business environment even if it was the cost of its ego, self-respect or autonomy. It’s economics. As long as money flows to sustain its internal economic engine, Europe’s biggest and strongest nation doesn’t mind the cost. Cash matters. Cash silences critics.

The process actually began way back, in mid-20th century, after Germany first nearly crushed all, but then got itself crushed in the end by Russian land power in the east and a rising America in the west. One is, therefore, not surprised to see Berlin heading towards Beijing as a way of reversing its defeat, destruction and subsequent dependence on both Moscow and Washington at the first opportune moment. The ongoing Russia-Ukraine conflict created such a situation and the Germans were quick to take advantage.

Understandably, the dissenters within the ruling coalition in Berlin became resigned to the inevitable, and didn’t confront the chancellor’s endeavour to make money in an hitherto forbidden market; selling machines, medicines and Mercedes luxury cars. As evident in Bali, Berlin had shown the way. Even President Biden blinked before Beijing. Canberra too is keen to resolve its trade disputes with China, and smaller nations are visibly over-awed by the money power of the mandarins.

Chancellor Scholz’s pathbreaking Beijing mission showed the strength of Western corporations to unite against, and defy, the concept of nation-state. Companies and corporations trumped countries.

The multinationals showed how to prevail over a multi-party coalition and those who face economic hardship should behave. The art of defying home audiences and counter external pressures to do business and trade with the enemy — an experiment emphatically tried and tested in the 18th century, in the Anglo-French quest for a peaceful world order.

When Deutschland came calling, kowtowing to the Dragon in November 2022, openly defying the counsel of the EU and the United States, the Communist overlords of the Middle Kingdom reversed the pulls and pressures of world history. That too against Germany, arguably one of the most powerful and warlike among European races even today. Strategically speaking, Germany has tried to open an eastern economic front to checkmate Russia through a new deal with China.

One should not forget that despite the current bonhomie between the Russians and the Chinese, the future remains extremely uncertain. With its economy weakened, its military exhausted through the prolonged conflict in Ukraine, and a declining demography, Moscow today stands as a junior partner to an ambitious, expansionist Beijing’s hunger for land, resources, ports, landlocked states and vast empty spaces all around, especially with an alluring Siberia in the vicinity. Global turmoil appears to be almost endless on the horizon.