Shreya Sen-Handley | Trump, and the art of leaving

But was it also Trump’s bid to trash Washington and American democracy, if he could no longer preside over it 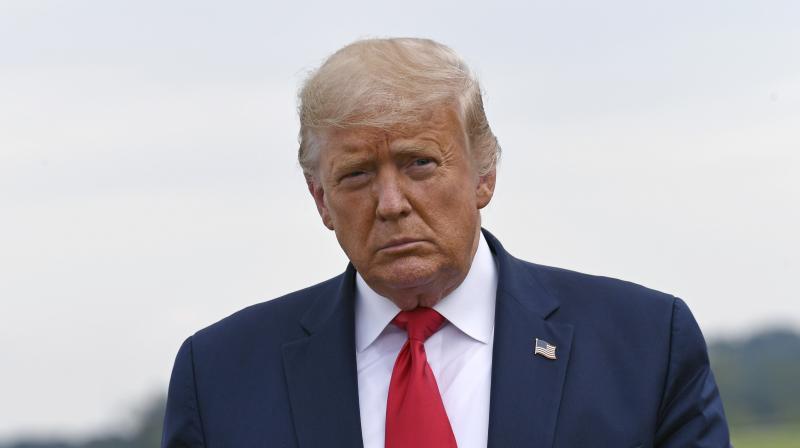 This month we left an old and truly awful year behind with almost as much fanfare as ever, despite life being far from normal. But the degree of jollity and bonhomie that attend year-end salutations are out of the ordinary in themselves. Not only do we not display such fellow feeling in the course of the year, there is almost nothing else we leave behind with such elan.

At the end of the year, we reach out to even those we don’t particularly like and wish them well. Do we mean it? Mostly, yes. Does it improve our state of mind going into the new year, even if it doesn’t improve the year itself (as 2021 has already proven)? Yes! Although centering on fresh starts for ourselves, our genuine intention to begin well makes us behave better than we ordinarily would with others, and with more integrity than when exiting anything else.

Amongst those rare affairs we leave behind with grace are school and college; quitted almost perfunctorily and with some relief at the time, they accrue copious layers of sentiment over the years. We depart kids’ birthday parties too with some decorum, but only because we’ve been bribed with return gifts and cake, and are children still, under strict behave-or-else orders from our parents. It is childhood then that most of us renounce with a modicum of dignity, because of the quick-gilding memories and the hurry we are in to leave.

In almost any other situation, we appear to exit as if “pursued by a bear”. Because it isn’t human nature to leave things well. Or well alone. If something’s going well, our instinct is to not end it at all. Why stop something, we ask ourselves, that works to our advantage? We only wrap things up when they no longer serve our ends. When they’re beyond redemption with no recompense. But oh, they can’t run out on us either; we have to be the one that walks, have that last word, or leave behind an indelible impression. Even if it’s a negative one; rendering a place, person, or situation, broken and unusable for those who come along.

Is that what Donald Trump’s been doing since his election defeat? Like a spurned lover, does he want to destroy America, if America won’t have him? The Capitol riot on January 6 when Trump supporters stormed the House of Representatives has been cast as many things; from a righteous protest by its right-wing adherents, to an insurrection and coup attempt by almost everyone else. And the last two it would appear to be, even as it unfolded on our screens like a Hollywood horror movie. But was it also Trump’s bid, like an entitled, mean-spirited rock star leaving a hotel room worse than they’d found it, to trash Washington and American democracy, if he could no longer preside over it?

It’s true we leave very few jobs with good grace, fearing a loss of earnings and very often, face. We might have been fired, or so thoroughly fed up by the time we call it quits, the goodwill naturally dissipates. Even those we revere rarely bow out well. Sunil Gavaskar, retiring right after his 37th test century, and at the height of his fame, timed it to perfection. But not everyone steps down at the top of their game, when people are still asking why, rather than why not. Some might say Kapil Dev bid adieu a tad too late, when questions over his fitness were already being raised. Celebrities, basking in our adoration, find leaving the limelight quite the wrench. Like Barbra Streisand, they may have flounced off saying they’d had enough, charging you $1,000 to watch their “last” performance, only to return a few years later. But budge up Babs, having left five dead and a country in disarray, Donald now takes the cake!

Trump may be an extreme example; of bad grace, ill intent, reprehensible actions, and orangeness, but it’s not just those we place on pedestals who make debacles of departures. In more modest ways, we’re all deficient in the art of leaving well. In my personal life, I’ve been hopeless. Not only do I not know 50 ways to leave lovers, I haven’t even mastered one. I know I’m fortunate to be happily settled with my second husband and three children (two human and one canine), despite never having managed to finish a relationship well. Or indeed, at all. Despite the abuse, I dithered every time, fervently trying to fix what oughtn’t be fixed, till the other party found a new punching bag and I could move on. Having talked to women trapped in abusive relationships like myself, and heard countless other tales of romantic stalemates, I can attest that if there are indeed 50 ways to leave your lover, they’ve only ever worked for Simon. Or Garfunkel.

Of course, there’s ending relationships badly, and then there’s instigating armed revolt to lay siege to parliament, or trash it because you can’t crash it as I half suspect, but we can still learn a valuable lesson from the shocking events of this month. We can learn how not to execute the world’s worst departure from the King (Kong) of all bad losers, if not in 50 different ways then at least in one. Whatever you do, wherever you are, however hard-done-by you feel (or even if you actually are), don’t be a chump, don’t do a Trump, never take a dump on those you’re leaving. And with that one surefire way to make an elegant exit, I will say adieu, but so bad am I at leaving, I’ll proffer this too — that if you can think of 49 other excellent modes in which to walk, tell us, won’t you?