Opinion   Columnists  24 Feb 2020  Compassion only door to hope in the Valley
Opinion, Columnists

Compassion only door to hope in the Valley

A S Dulat
The writer is former chief of the Research and Analysis Wing. He is also the co-author of Kashmir: The Vajpayee Years and The Spy Chronicles: RAW, ISI and the Illusion of Peace.

At this stage we could claim that the security paradigm has succeeded but it shelf life has run out. 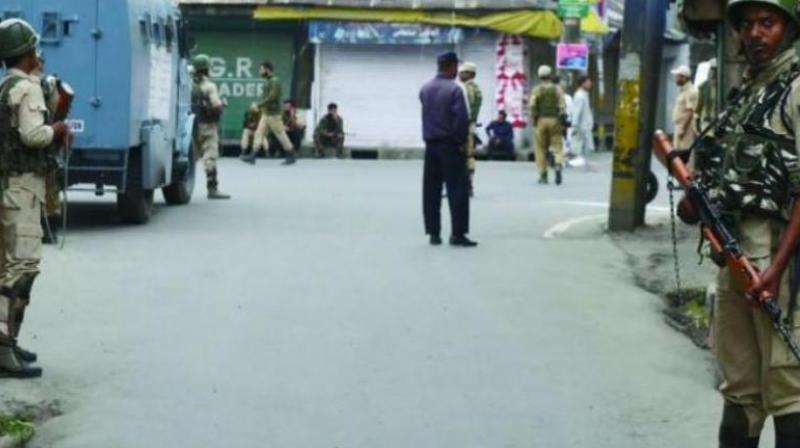 Meanwhile, Kashmir, which we rightly believe is nobody’s business, appears to be becoming everybody’s business. In Davos, with Imran Khan by his side, President Trump volunteered not for the first time to mediate between India and Pakistan. What Trump will say during his much-publicised visit is anybody’s guess.

Kashmir, like the Internet, has been mostly in silent mode since August 5. The quietude could be deceptive. It is never easy to decipher the Kashmiri mind. Kashmiri duality has been both a liability and an asset. After August 5, it has kept everybody befuddled. Sometimes nothing needs to be done; you just live through it, wait it out. The winter in any event is a period of hibernation and this has been a particularly severe winter with an extended chillai kalan.

At this stage we could claim that the security paradigm has succeeded but it shelf life has run out. If the Kashmiri is tired of mourning the demise of Article 370, Delhi too seems to be back to the mid-1990s. Militancy has not ended. Radicalisation is growing apace with hopelessness but the Islamic State, which is often talked about, is still alien to Kashmir. The J&K police, which knows best about the goings-on in the Valley, is no longer wholly trusted. Boys laugh at the constable, yet he is the only one who knows what they are up to. There is talk of infiltration of foreigners in the last six months, yet those killed in recent encounters have mostly been homegrown. What is the Jaish, the deadliest of foreign terrorist groups, up to? The security forces, as always, have done more than their job in Kashmir. Now it is up to the politicians, as our generals have repeatedly said.

The Kashmiri is undoubtedly tired, castrated, beaten, desperately seeking normalcy. Much as he despises defeat, he is looking for a way out. In the hopelessness, he needs hope most of all. It is time to listen and to engage with the Kashmiri.

Since the lockdown, an impression has gained currency that Delhi was set to demolish the Abdullah family. That would be easier said than done – trying to wish away the National Conference as deeply etched in Kashmiri consciousness as Charar-e-Sharif, Shah-e-Hamdaan, Sahab and Hazratbal. As M.J. Akbar writes in Kashmir: Behind the Vale, Sheikh Abdullah was the greatest leader in modern Kashmir, “without the force of whose personality and dedication to secularism, Kashmir would not have remained in India”. On the Sheikh’s passing, on September 8, 1982, a sea of Kashmiris choked the streets of Srinagar to catch a last glimpse of the Sher-e-Kashmir. Indira Gandhi and the director of the Intelligence Bureau, who had flown to Srinagar, had to travel by boat from the Centaur Hotel to Naseem Bagh near the Hazratbal mosque, Sheikh’s final resting place. When the Sheikh’s widow, Begum Akbar Jahan, or madre meharban, the “benevolent mother”, as she was called in Kashmir, passed away on July 11, 2000, her funeral was attended, among others, by Atal Behari Vajpayee, L.K. Advani and George Fernandes, a personal friend of Dr Farooq Abdullah.

Where in the Valley will we find the “Mahatma” to replace Dr Farooq Abdullah and how would Atalji have reacted to the incarceration of his favourite Omar Abdullah, whom he desperately wanted to see chief minister in 2002? History cannot be distorted by cutting a couple of holidays. What history will record is that three generations of the Abdullah family that stood by India were in prison because of our prejudices. Nor will Vajpayee be easily forgotten in Kashmir. Like Banquo’s ghost, Vajpayee will haunt the policymakers of Kashmir for a long time.

As the former, renowned Mossad chief, Efraim Halevy, said of the Hamas, the Kashmiri can neither be destroyed nor permanently contained. Engagement is the only way forward. Without politics and democracy, radicalism, the offshoot of frustration, will eat into Kashmir, particularly its youth. P.V. Narasimha Rao understood this when, with terrorism not fully subdued, he promised the sky to the Kashmiris to facilitate elections in J&K in 1996. Then too, Farooq Abdullah came to Delhi’s rescue. Mufti Mohammed Sayeed never tired of saying that there was no solution to Kashmir except Farooq.

The Mufti’s refrain before he became chief minister in 2002 was that politics in Kashmir needed a level playing field. The playing field now is as bare as Mother Hubbard’s cupboard. The three former chief ministers who could possibly fill the void are all under detention and yet there appears to be a rush to the mainstream. In a vacuum everyone is a chief minister, or so they think. The Kashmiris are always ready to listen and engage.

The separatists too, at least “the Advani Hurriyat”, so labelled in Kashmir because of their engagement with the former deputy prime minister in early 2004, need to seriously contemplate, if given another, last, chance, whether they would grab it or continue to look over their shoulder and be consigned to the dustbin of history. The magic of democracy is that hardliners get moderated and mainstreamed.

Kashmir cannot be changed without compassion. It needs a sense of belonging and dignity. That is why we should also engage with Pakistan. Sudheendra Kulkarni, who visited Pakistan in December, wrote on his return that Pakistan was ready, more ready than ever before, for engagement with India. Imran Khan obviously wants peace but if people who visit Delhi via Islamabad and Rawalpindi are to be believed, then the generals too now want peace with India. Imran should not miss out on the invitation to visit India for the Shanghai Cooperation Organisation meet that may pave the way for the resumption of the Saarc summit. As the poet Wallace Stevens says, “After the final no comes yes and on that yes the future depends.”

Meanwhile, Kashmir, which we rightly believe is nobody’s business, appears to be becoming everybody’s business. In Davos, with Imran Khan by his side, President Trump volunteered not for the first time to mediate between India and Pakistan. What Trump will say during his much-publicised visit is anybody’s guess.

Given his sense of self-importance, the Kashmiri always finds himself stranded at the “crossroads”. Even when it is time to look ahead, he will be harking back to the past and his litany of grievances. Despair, however, Noam Chomsky says, even in the most horrendous situations, is not an option. Kashmir has two choices; give up and wait for worse to follow, or grasp whatever opportunity comes its way.

Our “atoot ang” is estranged. Friends are no longer what they used to be; at times, only familiarity remains. But Kashmir chose correctly in 1947 and will again, whenever tested. Kashmiriyat is not dead. Kashmiri goodness will prevail.