Paradoxically, three days after India’s May decision, and because of the threat of the Delta variant, the UK reduced the gap to eight weeks 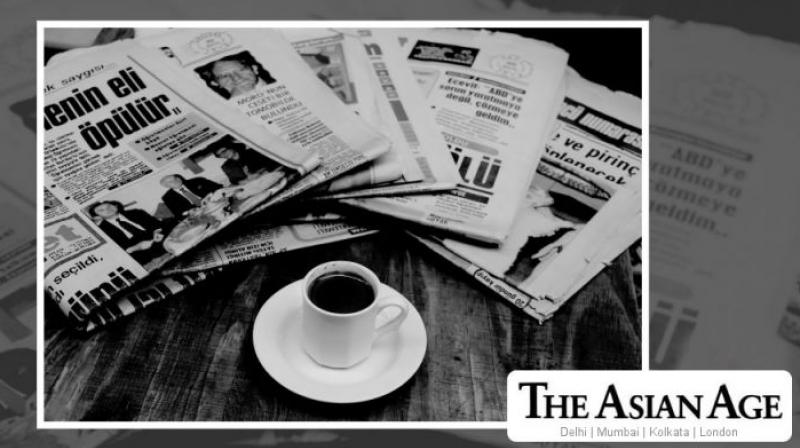 It would benefit us to better understand the controversy surrounding the length of the gap between two AstraZeneca injections -- our Covishield. After all, there’s no one over 18 who’s not affected. So let me lay out the key facts and explain the complications inherent in them.

When the vaccinations started on January 16, the Covishield gap was set at four weeks, which is what the manufacturers recommended and what was followed in the incomplete bridging trials. However, earlier in December, Britain, on the basis of its own analysis of AstraZeneca’s (AZ) trial results and additional information from the company, had unilaterally increased the gap to 8-12 weeks. Then, in February, WHO advised a similar gap. So, unsurprisingly, questions were asked in India. In response, the government first expanded the gap to 6-8 weeks in March and then to 12-16 weeks in May. Paradoxically, three days after India’s May decision, and because of the threat of the Delta variant, the UK reduced the gap to eight weeks.

Now the Indian government’s press release says the gap was extended to 16 weeks on the basis of “real-life evidence, particularly from the UK”. This created the first controversy. The original UK policy limited the gap to 12 weeks. It doesn’t have real world data to cover the additional four weeks. When I questioned Gagandeep Kang, a member of the Covid Working Group which had suggested the 12-16-week gap, she said the additional four weeks was based on AZ’s trial results and modelling. Now there’s nothing wrong with that except it’s not “real-life evidence” from the UK.

Last week, Prof. Andrew Pollard, the chief investigator of AstraZeneca and director of the Oxford Vaccine Group, rationalised the 12-16-week gap differently. He said protection from one dose is extremely good till 12 weeks but doesn’t fall off a cliff thereafter. It’s reasonable to assume a longer extension and, therefore, extending the gap to 16 weeks is not problematic.

However, this is the lesser controversy. The bigger one has to do with studies suggesting that AZ does not provide adequate protection against the Delta variant. This is of particular concern because AZ constitutes 88 per cent of all vaccinations in India while Delta is the dominant variant. There are probably more cases in India than the rest of the world put together. So, the efficacy of AZ against Delta is critical.

First, Public Health England has said that AZ only provides 30 per cent protection against symptomatic illness caused by Delta. Then, France’s Louis Pasteur Institute published a laboratory-based study stating that “a single dose of AstraZeneca will not display an optimal protection against B.1.617.2 (the Delta variant)”. Finally, our own National Centre for Disease Control in association with the Institute of Genomics and Integrative Biology published a study of the Delta variant concluding that “partial vaccination is an insufficient impediment to its spread”.

Now, do these studies suggest that India’s 12-16-week gap leaves people inadequately protected against Delta and we should reduce the gap to eight weeks, as Britain has done? Several experts say yes. They include Srinath Reddy, president of the Public Health Foundation of India, and Arvinder Singh Soin, chairman of Medanta’s Institute of Liver Transplantation and Regenerative Medicine. A few newspaper op-eds and editorials echoed this view.

However, this is where we need to pause and understand what precisely the studies are telling us. No doubt one dose of AstraZeneca provides inadequate protection against symptomatic infection, but it provides very credible protection against serious illness and hospitalisation. Public Health England has established -- and, by the way, most of the good research on AZ and Delta comes from Britain, it’s only just starting in India -- one dose provides 71 per cent protection, going up to 92 per cent after the second. And that’s what really counts.

To explain further, let me rely on what Prof. Pollard said last week. We should not be deterred or deflected by the fact that one dose of AZ gives only 30 per cent protection against symptomatic illness. That usually means nothing more than a cold, cough and fever, which most people can handle. What’s important is protection against serious illness, hospitalisation and death.

His second point is more important. The preponderant majority of the Indian population is unvaccinated and, therefore, unprotected at a time when the Delta variant is spreading widely and increasing in threat. In these circumstances, a vaccination policy that covers the largest number, in the quickest possible time, with at least one dose makes sense. This means a gap up to 16 weeks is arguably the right response.

Prof. Pollard also warned against comparing vaccination policies in Britain and India. The circumstances in the two countries are very different. Britain reduced the gap after a substantial proportion of its population was vaccinated. India extended the gap to reach more people. Additionally, there’s a shortage of vaccines. We need to make the most of the little we have. We’re not in Britain’s position of abundant supply.

Yet two issues remain and they’re also unaddressed. Is it wise to leave the elderly and vulnerable inadequately protected for 16 weeks or should the gap be narrowed to eight weeks for them? Second, people who develop symptomatic illness are also carriers and can pass it on. A 12-16-week gap means there could be more such people than if it was just eight weeks.

To the best of my knowledge, this is where the controversy stands today. N.K. Arora, head of the Covid Working Group, has said that any change “will be taken scientifically … on the basis of merit”. However, he also added that “if it turns out the current decision is fine, we will continue with it”. I guess we’ll have to wait and see what happens.

The writer is a television commentator and anchor.