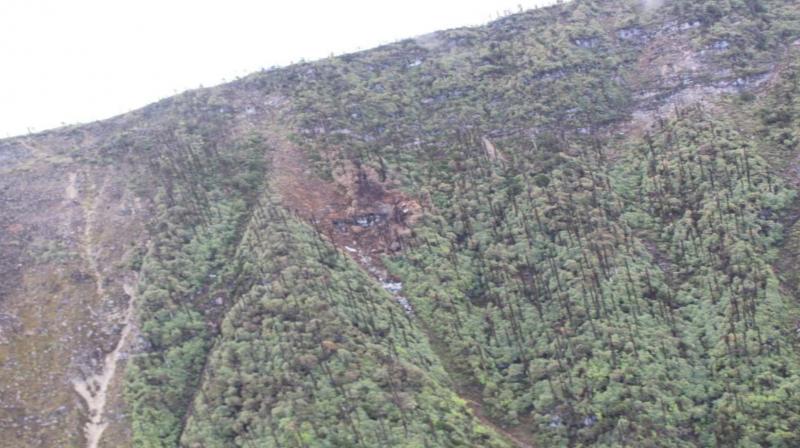 As the four Arunachal boys who strayed into China said, 'It's hard to say which is which'. (Photo: ANI)

The five boys who strayed across the border in Arunachal Pradesh on September 4 highlighted the dilemma that the top Indian and Chinese Army commanders must have faced during Monday’s mammoth meeting.

The boys, who were found by People’s Liberation Army personnel, were close to the extreme northeastern end of the 3,488-km Line of Actual Control (LAC) between India and China. The meeting of Chinese and Indian commanders at Moldo was on the Chinese side of the LAC’s north-western end. This is where, as Jawaharlal Nehru famously told Parliament before the 1962 border war, “not a single blade of grass grows”.

In contrast, the Northeast is lush with vegetation and bristles with game. Moreover, as one of the lost boys put it: “We are hunters, we move around a lot.” Yet, despite their experience and expertise, they got lost and could not be found for several days. “The borders are not demarcated well”, they said. “We can’t say which side is which.”

It must be even more difficult to do so among the barren rocks and snow-clad heights of Ladakh where there are often no marked borders at all, as narrated in Kyle J. Gardner’s forthcoming book The Frontier Complex: Geopolitics and the Making of the India-China Border, 1846-1962. This is where India accuses the Chinese PLA of encroaching on Indian territory in early May.

New Delhi and Beijing have been at loggerheads over charges and counter-charges for the past five months, re-enacting the tensions between Washington and Beijing that resulted in the recent menacing Chinese video of an aerial attack on what looks like a fortified American military position in Guam.

A September 6 meeting in Moscow of India’s external affairs minister, Subrahmanyam Jaishankar, and China’s foreign minister, Wang Yi, on the sidelines of a gathering of foreign ministers of the Shanghai Cooperation Organisation went on for more than two hours. But it did not break the stalemate.

India is in the dual position of being both the aggrieved party and the one which enjoys a slight tactical advantage. It is pressing China to agree to a three-step process of disengagement, de-escalation and de-induction. The basis of the demand is that India now occupies tactical heights on the south bank of the Pangong Tso-Chushul river system.

This is the area that Raja Gulab Singh’s general, Zorawar Singh, invaded in 1834. The Chinese, with their much vaunted sense of history, should not forget that the Dogra forces of the Maharaja of Jammu and Kashmir soundly defeated the Qing emperor’s Sino-Tibetan army during the Sino-Sikh War of 1841-42. Ladakh’s king, Tshespal Namgyal, was dethroned and exiled and Ladakh incorporated into the princely state of Jammu and Kashmir. China’s PLA may be trying to regain through backdoor means what the Chinese lost fair and square in a war 178 years ago.

However, it must be admitted that the proposed Johnson-Ardagh line (for Tibet’s northern boundary with Chinese Turkestan) and the abortive Macartney–MacDonald Line (to delineate Aksai Chin) were even more inconclusive than the McMahon Line which those Arunachal Pradesh boys so unwittingly transgressed.

One wonders whether either side at the Moldo talks in a fresh bid to ease the months-long standoff remembered Rajiv Gandhi’s warning about these mythic lines. India’s sixth Prime Minister, who paid an epochal five-day visit to Beijing in December 1988 to meet Deng Xiaoping, reminded everyone that the disputed Sino-Indian border was a thick pencil line on a small-scale map, blurring all physical features. Identifying the border in the ground can’t be easy since according to Gardner, the British left large stretches of it without delineation or demarcation.

Indians are indignant about the Chinese intrusion into our sacred motherland only because they have been told about them by their political and military leaders. No one has any direct knowledge of those inaccessible heights. Similarly, when the Chinese complain similarly of Indian encroachments, they are only echoing the PLA and what the Global Times prints. Again, there is no independent corroboration.

The Indian delegation for Monday’s sixth round of military talks was headed by Lt. Gen. Harinder Singh, the commander of the Leh-based 14 Corps. Opposite him was the South Xinjian military district chief, Maj. Gen. Liu Lin. The inclusion in the Indian team of an external affairs ministry joint secretary, Naveen Srivastava, made it the first simultaneous military-diplomatic meeting between the two sides.

This was the first meeting between the two corps commanders since their 10-hour August 2 deliberations at Moldo. Indian and Chinese troops have clashed at least twice since August 2, accusing each other of firing warning shots in the air in violation of a long-standing agreement against using firearms within 2 km of the LAC.

It is futile now to reflect that a positive response to Zhou Enlai’s suggestion of swapping Aksai Chin for Arunachal Pradesh, which the Chinese call “South Tibet”, would have avoided much anguish. But one lost opportunity does not invalidate the underlying give-and-take principle that is so necessary for good neighbourliness. In fact, Russia resolved its territorial disputes with China only by relinquishing its claim to several hundred islands on the Argun, Amur, and Ussuri rivers and approximately 50 per cent of Bolshoy Ussuriysky Island. Now, Japan, Indonesia, Taiwan, Malaysia, the Philippines, Vietnam, Brunei, Laos, Nepal, Bhutan, Singapore and even protégé North Korea can solve their problems with China on a give-and-take basis without emulating Pakistan, which bought China’s “irreplaceable, all-weather friendship” with a slice of India’s Jammu and Kashmir that it had occupied.

The protracted campaign which the Chinese call “wei qi” is hardly best suited for the onset of winter. It’s not in anyone’s interest to be lost in the uncharted mountains like those five Arunachal Pradesh boys.