In a communicative framework, how has our government disseminated public messages during this crisis, and to what effect? 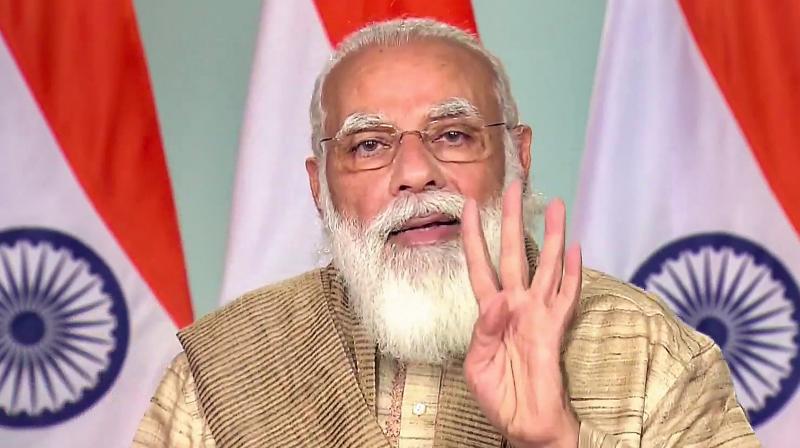 “Why are you people not listening?” That might as well have been the central problem for Prime Minister Narendra Modi’s seventh coronavirus-related address to the nation on October 20, when he exhorted us to adhere to the Covid-19 safety norms and not falsely assume that the coronavirus has gone. The answer to that presumed question, however, lies in his government’s political messaging in its health communications.

The problem is by no means exclusive to India. The United States and India now have the most numbers of Covid-19 cases, and arguably, mixed messages have exacerbated the crisis. The 2020 Ig Nobel Prizes for Medical Education -- the global satirical “awards” for the worst inventions and ideas -- was “awarded” to, among others, Prime Minister Narendra Modi and US President Donald Trump for “teaching the world that politicians can have a more immediate effect on life and death than scientists and doctors can”.

In the US, Trump outdid himself in September by offering a confusing array of rhetoric related to the coronavirus, swaying back and forth between conflicting messages. As a result, that nation is divided between mask-wearers and non-wearers, largely differentiated on political lines of whose voice they trust. Just in one week in September, he announced that he had “downplayed” the pandemic in order to make people “feel safer”. Exactly three days later, he claimed he actually played it up.

Prime Minister Modi’s own rhetoric has been far more measured than Mr Trump’s. By that I mean he and his ministers have gone about their Covid narratives with more planning and conviction. The concept of mixed messaging is valid -- we need to hear the problem along with the solution.

Mr Modi’s first address to the nation after the pandemic broke out was mixed -- an appeal to people to be cautious as well as an appeal to their faith. “This loud sound is for thanksgiving, and also for the beginning of the victory march in a long fight,” Mr Modi said in a tweet that followed his speech. As though in a Pavlovian response, his followers took out marches in the streets, disobeying the lockdown norms and affirming their faith in a leader’s words. Is downplaying statistics the answer? This was a critical, almost rhetorical, question that I was asked at a recent webinar.

In times of crisis, governments and media platforms put in their best efforts to make available information and insights that are immediate and usable. These include critical health information to insights that build a psychological fortification and acceptance. The media’s dependence on official sources is more pronounced than usual in a crisis. In that communicative framework, how has our government disseminated public messages during this crisis, and to what effect?

When the pandemic broke out, the health ministry started issuing daily press briefings. These briefings were largely informative, albeit compulsively political as this government is known to be. Then, with no warning in May, the ministry took a break from the daily briefings and only restarted them much later. The horror of the migrant exodus had just unfolded. When the briefings did restart, there was forceful nationalism with convenient comparisons, positive spin de-emphasising the increasing cases and deaths, and a defensive tone. In the interim, according to some reports, the government set up a committee to examine how to state with conviction that it did not botch up its policy on the migrant crisis.

“The industrialists and innovators turned the Covid situation into an opportunity, and successfully established a home-grown ventilator industry,” health secretary Rajesh Bhushan said in August, adopting a storyteller’s tone and demeanour. “The biggest news this week is that we have conducted two crore tests… The number of recovered cases is more than double the active cases.”

These are briefings of what the government hopes will be seen as achievements rather than problems. That fact that the pandemic is far from gone and is still worsening is downplayed. Euphoria is an obvious impact of the spin among believers. We see it all around us -- educated, urbane people walking in groups with no masks on. In the environment of conflicting messages, it seems we assume the most convenient possibility --sometimes with unexpected results. A few days ago, I took an autorickshaw for a short ride to a store. The driver did not have a mask on. When I questioned him, his response was startling: “Corona is gone so I’ve stopped wearing it.” When I prodded further, he explained: “There is only sarkaari corona left now. The government is playing games, making money and enabling big people to make money.”

As the World Health Organisation (WHO), points out, we are also in the middle of an infodemic: “An overabundance of information -- some accurate and some not -- that makes it hard for people to find trustworthy sources and reliable guidance when they need it.” But should the blame be passed on as usual to the social media, where millions of people are talking about it and passing their own judgments, and to our mainstream media, where the bombarding of ever-developing stories and eclectic insights lead to public confusion, and leave the elephant in the room unaddressed?

Already, news platforms must grapple with evolving information and insights. Additionally, television news channels both relay and bust silly myths about the virus. On the other hand, they are carriers of information and political narrative. If the news-you-can-use becomes so mind-boggling, politically charged narratives only exacerbate public confusion. These official narratives often come in a nationalistic package, with a liberal dose of political braggadocio.

So, the narratives put out by government communicators -- from the Prime Minister to health ministry officials -- have often been too clever by half. There is a dire need for them to rethink the strategy that is dividing the nation between the panic-stricken and euphoric and stop taking undue advantage of the media’s pronounced dependence on official sources during a health crisis. The media, too, must realise the damage overdependence on official sources brings, even in a crisis, and must temper the official narratives with scientific reason and simpler news that people can use.