Opinion   Columnists  25 Feb 2018  Are we turning into a republic of hurt?
Opinion, Columnists

Are we turning into a republic of hurt?

In a mature democratic republic, there is room for citizens to have their own opinion, and the right to express it. 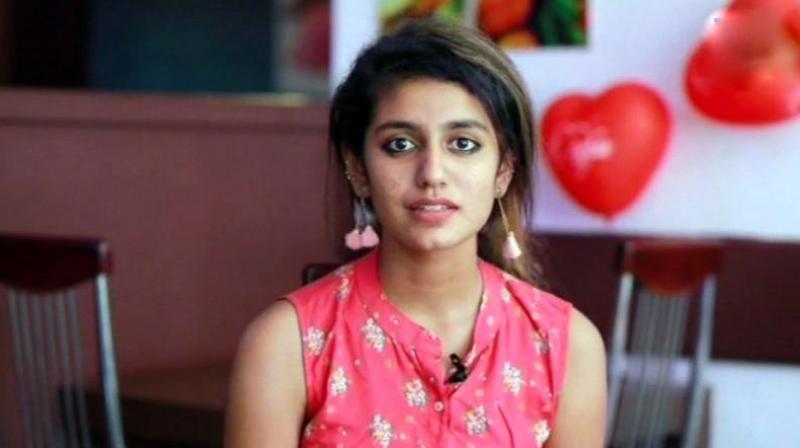 When we adopted our Constitution in 1950 and became a Republic, our heart was in the right place. But somewhere, this “heart” has transmuted itself to “hurt”. Anyone and everyone has assumed that they have the right to be hurt about what anyone or everyone is doing! If not vigilant, we are fast becoming the Republic of Hurt Feelings, simply on the assumption that what an individual or a group does not like entitles them, under the misuse of the freedoms guaranteed by the Constitution, to protest in any manner that they chose to.

The latest case in this saga of hurt is the song of Priya Prakash Varrier. I must confess that when I saw the clipping of the song from the forthcoming Malayalam film Oru Adaar Love, I was absolutely charmed. It was, to my mind, a captivating enactment of adolescent love, and had just the right mix of sensuality and innocence that anyone who has gone through love or infatuation at that age will vouch for.

The folk song was written as far back as 1978 by a Muslim, P.M.A. Jabbar, and was first sung by another Muslim, Thallesery Rafeeq, in praise of the Prophet and his wife Beevi Khadija. But now, some Muslim organisations have protested that the song “hurt” their religious sentiments. Where was their “hurt” for the last three decades, and what has made them suddenly voice it today? What is worse, in order to harass the makers of the film, and Ms Varrier, the hurt brigade filed multiple criminal proceedings in Telengana and Maharashtra, but none in Kerala itself! We have to be eternally grateful to the Supreme Court that, on a petition filed by Ms Varrier, it has stayed all criminal action or FIRs or private complaints against her, and the film’s director and the producer.

Those who claimed that their religious sentiments were hurt by the song were, in reality, a fringe group who believe that on the basis of their own narrow thinking, and their ossified religious fanaticism, they can use the law with impunity to browbeat creativity and freedom of expression, and make the state hostage to their ridiculous machinations. The SC has given a befitting riposte to their nefarious designs.

But, to be “hurt” is not the monopoly of one group of people or religion. You will find the hurt brigade on every side of the national spectrum. Actress Sunny Leone was to participate in a New Year eve event on December 31 last year in Bengaluru. ut the Karnataka Rakshana Vedike Yuva Sene (KARAVE) announced that an invitation to her would be an “assault” on the city’s culture. The secretary of KARVE said that he would have no objections if she attended the programme wearing a sari “as per Indian culture”. But if she wore anything else the members of his organisation would commit suicide. For days they took out rallies and burnt effigies of Ms Leone.

Reportedly, the Karnataka police refused to provide the requisite security to the event or the organisers. Finally, the hurt brigade won. The event was cancelled.

The kind of “morality” outrage that was witnessed in Bengaluru is on display in many parts of the country, including, most visibly, in UP on February 14, Valentine’s Day. Now I am not a great votary of Valentine’s Day, nor am I against it. At one level, it’s a “cute” Western transplant — like so many other things in our lives — and at another a bit of mindless mimicry. But that is not the question here. For hoodlums to chase young couples because their being together on this occasion is against “Indian culture” is so absurd that I don’t know whether to laugh or cry. Have these lumpen protesters heard of Vatsyayana and know in which period he lived? Are they aware of the Radha-Krishna love lore, and ever read Jayadeva’s beautifully erotic rendering of it in the Gitagovinda?

Do the names of great poets like Chandidasa, Vidyapati, Bihari, Keshavdasa, Mira, Andal sound familiar to them, and are they even remotely informed about the sensual lyricism with which they describe the dalliance between Radha and Krishna? What do they know about the legendary stories of romance between Sohni-Mahiwal, Laila-Majnu? The “hurt” of the moral brigade is mostly in directly proportion to their abysmal ignorance of Indian culture. And, when they strut about using violence and abuse to protect it, they are not protecting “Indian culture” ,but reinforcing a Victorian morality that was used by our colonial masters to condemn Indian culture.

The other day I finally found time to see the film Padmaavat. I could not for the life of me understand why the Karni Sena was so hysterically hurt about this film. In fact, the film bent backwards to glorify the legacy of Rajput traditions and culture, and there was nothing whatsoever to be hurt about its contents. But no matter. Most of those of this Sena who resorted to threats and violence and abuse to vent their hurt had, amazingly enough, not even seen the film. For months they held the release of the film hostage to their misplaced sense of hurt, and it was only, once again, when the SC firmly intervened that sanity prevailed.

In a mature democratic republic, there is room for citizens to have their own opinion, and the right to express it. This right is protected by the Constitution. But neither the Constitution nor basic civility gives the right to some to be perennially hurt whenever they so please, and believe that they can either manipulate the law to harass those that don’t agree with them, or worse, take the law into their own hands to express their “hurt”.

The lawless community of hurt people in our country is proliferating at an alarming pace, and there seems to be no boundaries on what can hurt whom: What one wears, or eats, or drinks, or does to prove one’s patriotism.

At this rate, what will really be hurt is the freedom of choice and expression that our republic guarantees to every citizen, and which elected governments, at the Center and in the states, are duty bound to protect, not encourage.