A chance for Mamata to grab secular space?

West Bengal will be the most closely watched state in this contest. 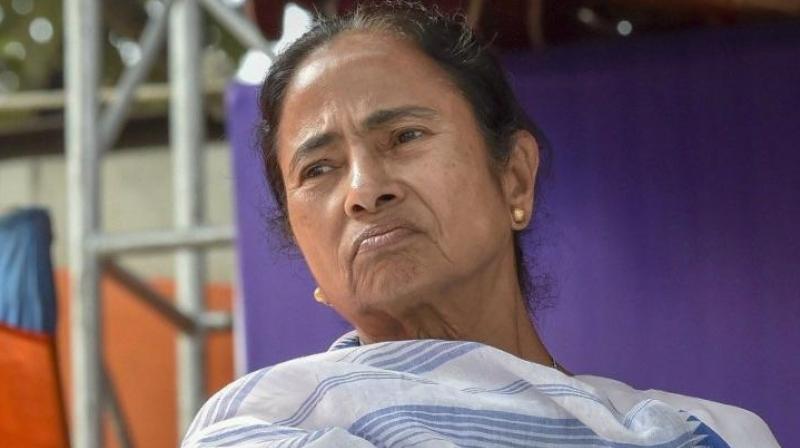 Politics as practised by political parties has been left behind by the spontaneous demonstrations and sustained protests by the gritty women who continue to sit night and day at Shaheen Bagh in Delhi’s Okhla area and the numerous similar sit-ins inspired by them. The protests are for a particular demand that is emphatically secular; the politics of identity has been repositioned through the insistence that those who live in India and vote in India are citizens, who cannot be categorised and so divided by community and religion which challenges the legitimacy of the claimant.

And then there is the politics of the party with the biggest presence, the BJP. By declaring the Delhi elections as the “India-Pakistan match”, instigated by the Opposition and vested interests to spread anarchy and plunge the nation into disorder, the BJP has refused to acknowledge, much less accommodate, the new emphatically secular demands being raised by lakhs of people/voters. This could be because of its limitations to grasp that there is a secular space within the political field that is insistent with its demand and firm in its position, having emerged as a metamorphosis in political consciousness and democratic action.

Between the hoary, antagonistic and loudly confrontationist binary of Hindutva as propounded by the Sangh Parivar — both the Rashtriya Swayamsevak Sangh and the BJP, plus scores of smaller “mass” organisations — there is a third kind of politics, that of Soft Hindutva. The practice of this kind requires political parties to organise showy events to demonstrate their piety to a galaxy of Hindu gods and goddesses, spout Sanskrit or the sacred texts whatever those might be, and convey to touchy voters that despite their commitment to secularism, or their identification by the BJP as Muslim appeasement parties, their leaders remain staunch practising Hindus.

Ambivalence, blurring the lines are the bag of tricks deployed by these parties and their leaders to position themselves as somewhere in the middle, regardless of whether these leaders and their cadres are God-fearing.

As the next bunch of states prepare to engage through elections due at the end of this year and into 2021, political parties must work out what will be the winning idea. Will it be the idea of the nation endangered by protests that challenge the authority of the ruling regime in New Delhi to enact laws that in its view are good for the country, like the Citizenship (Amendment) Act, alter the National Population Register to probe through scrutiny of “legacy papers” the legitimacy of residents in India, and the National Register of Citizens that will weed out the “illegals” from the legal citizens? Or, will the next series of elections reject the idea, entirely simplistic, of the binary of Hindus versus Muslims, who, in the provocative statements of Union minister for animal husbandry, dairying and fisheries Giriraj Singh, ought to have relocated to Pakistan in 1947?

The BJP is, it seems, certainly rock-like its determination to not only reclaim the Hindu nation as its exclusive domain in the next series of elections, it is also set to seek new endorsements for its manifesto that will change the fundamental values that permeate the Constitution as well as the institutions of the modern nation state established in 1947.

Leaving aside the BJP’s dilemma, albeit of its own making, Jammu and Kashmir, where elections to the original state were due in January-February 2021, and in the current environment where organising credible elections in the newly-formed Union territories will be a challenge, there are other states where elections are due between November 2020 and April 2021.

In these states, the idea of secular politics, which is different from the pre-2019 politics of secularism, will fight for support against the politics of communal identities, alienation and division. The states where this confrontation has the greatest possibilities of establishing secular politics as the new politics of post-Independence India are West Bengal, Kerala and Tamil Nadu. The reason: the BJP has never ever won in these states.

West Bengal will be the most closely watched state in this contest. The BJP believes that its best chance of gaining new ground, devouring a once Left bastion and ejecting the soft Hindutva-Muslim appeasement Trinamul Congress is in 2021. The challenge and the opportunity for the BJP and the Trinamul Congress are compelling.

Can Mamata Banerjee overcome the negatives that incumbency automatically brings to a bid for re-election to a third term? It will require her to pull off a tough balancing act of increasing her appeal among Hindu voters without decreasing the loyalty and the votes of the substantial Muslim voters across the state.

For Mamata Banerjee, the run-up to the 2021 elections will be a choice between playing the election game by rules that she creates and so controls, or playing by the BJP’s rules. If Ms Banerjee persists in her politics of appeasing both high-caste Hindus and “Nama Shudra” voters, especially one sect — the Matua — and appealing to the substantial Muslim voters by telling them what she has done for them, she will hand over the initiative to the BJP.

Staging exaggerated demonstrations of Hindu bhakti and Muslim piety would be perceived, quite correctly, as exercises in appeasement. It would distract from the performance of the West Bengal government on social security and infrastructure development. Given Arvind Kejriwal’s success in the recent Delhi polls, Ms Banerjee may want to reconsider her strategy for keeping the BJP at bay.

As the first chief minister to object to the CAA, NPR, NRC, Ms Banerjee is ideally positioned to occupy the secular political space that the sustained, coherent non-party protests have opened up. The demand is entirely secular and where the public has come out in support at rallies and sit-ins, the support cuts across class, caste and communal divides. West Bengal’s unique political history of establishing a secular politics after 1947 is the legacy that Mamata Banerjee needs to leverage against the toxic politics of division based on “legacy papers” that the BJP is deploying in West Bengal as well as nationally.

The moment is one that Mamata Banerjee could seize to catapult out of the corner into which she has been boxed in by the BJP and her critics in West Bengal, who harp on her past associations with right-wing communal politics, and her alleged current vulnerabilities that are open to exploitation by a regime that is unscrupulous in using institutional power to arm-twist select political opponents.